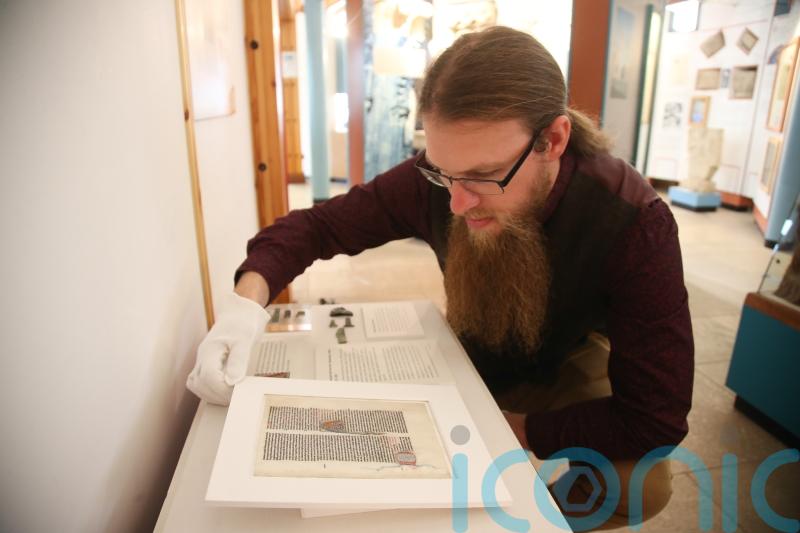 A page from a bible crafted 800 years ago by the monks of Glastonbury Abbey is on public display at its former home for the first time.

A page from a bible crafted 800 years ago by the monks of Glastonbury Abbey is on public display at its former home for the first time.

The double-sided sheet is made from vellum, a specially prepared animal skin, usually that of a calf – that was used for books until the rise of paper production in the later Middle Ages.

Taken from the beginning of the Book of Chronicles in the Old Testament, the first word of the book, “Adam”, is marked by an ornately illustrated “A” filled with a spiralling serpent entwined with foliage.

The Latin text narrates the history of Israel and Judah, and is thought to have been written around the 13th century, probably at some point between 1225 and 1250.

Glastonbury Abbey was famous for its library, but many of its works were lost when Henry VIII ordered its dissolution in 1539 following his split from the Catholic Church.

Its abbot, Richard Whiting, and two senior monks were hanged, drawn and quartered on Glastonbury Tor on allegations of treason for staying loyal to Rome. 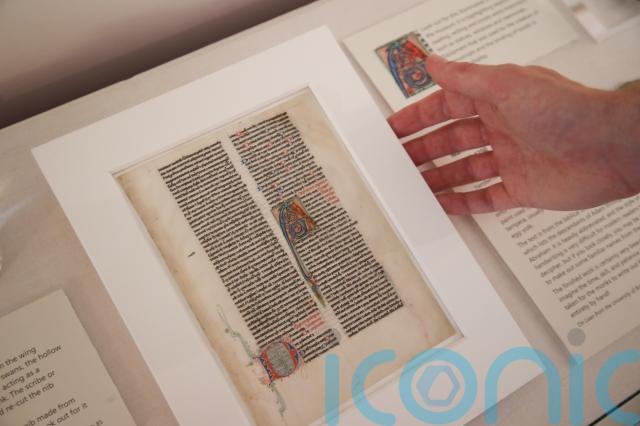 The Glastonbury Bible disappeared, and only resurfaced in the 18th century when it was found listed in the collection of politician and scholar Roger Gale, a spokesman for Glastonbury Abbey said.

The library at his Yorkshire estate contained three of 35 books thought to have survived the dissolution of the abbey.

The bible’s whereabouts was then unknown for a further 240 years, when it turned up at Sotheby’s Auction House in London in the 1980s where it was bought by a manuscript dealer from Ohio.

The dealer dismantled the book and sold it page by page, with this particular page being bought by the University of Bristol two years ago at auction.

Other pages have been found all over the world, although the Oslo Cathedral School in Norway has acquired the bulk of the work and had it rebound. 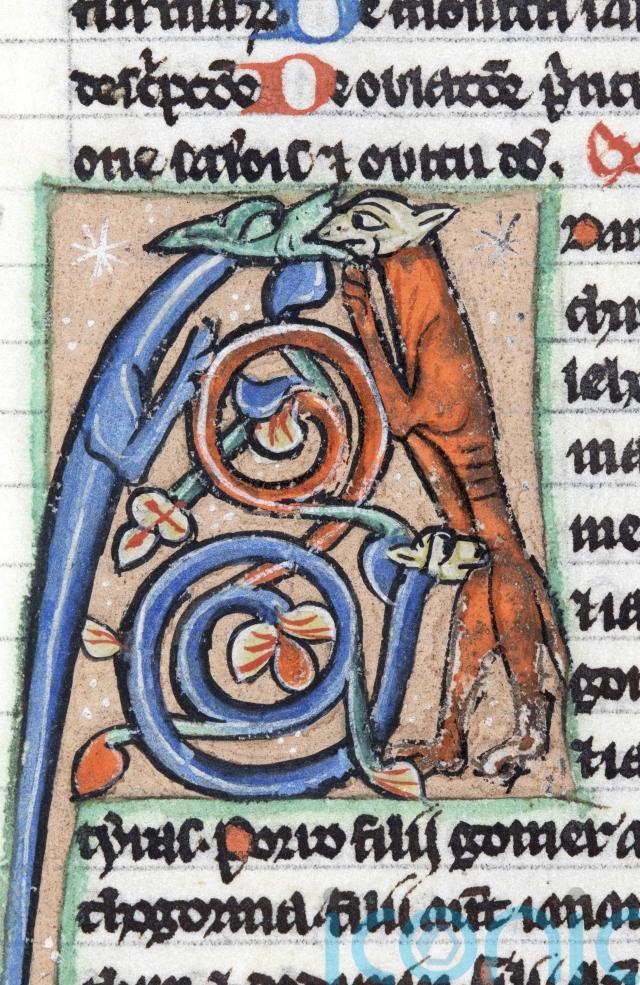 The abbey’s collections manager Lucy Newman said: “This is so exciting for us. It’s like a tiny jewel because it’s so small yet so important in the history of the abbey.

“It’s such a beautiful object; to think that so much work and detail could have gone into such a small page, and the age of it is just incredible.”

Ms Newman continued: “The quality of it is utterly amazing, considering its age, and it’s the workmanship that would have gone into writing it that’s astonishing, when you consider the writing materials they would have had to use 800 years ago.”

– The bible page will be on display at Glastonbury Abbey until October 2.