After four weeks of soul searching and debate, YOU, the Longford public and our trusted Dream Team selectors have decided the identity of the fifteen players who will fill the coveted positions and I’m sure you’ll agree it is a quality side.

The Covid-19 coronavirus pandemic has hit sporting activity hard and the purpose of ‘Longford’s Dream GAA Gaelic Football Team 2000 - 2020’, in association with Mulleady Properties, was to generate conversation and discussion among Longford GAA aficionados, no matter where you live in the world, and it certainly achieved that objective.

It was fantastic to see videos emerge online on Twitter and YouTube of various teams being posted.

They might not necessarily have been Dream Team of 2000 - 2020 selections. More often than not, it was the Best XV a player had come up against during their own career but it focused people’s minds and fed in rather nicely into the Dream Team debate.

As with every team selection, whether it is the junior ‘c’ team or the All Stars, not everyone will agree with the final selection and that’s what makes these things all the more engaging.

Indeed, it would be a terribly dull world if everyone agreed with each other all of the time, especially when it comes to picking teams!

At the outset of the  ‘Longford Dream Team 2000 - 2020’, in association with Mulleady Properties, process, we asked YOU to submit your nominations for the team and on the basis of the huge volume of entries we received in the post and via email, we unveiled the shortlist of 45 players - three players for each of the 15 positions.

Not surprisingly, the shortlist generated discussion. Players from the same club nominated in the same position. Mickey Quinn at 12 and not in the half back line. What’s all that about? The discussion points went on but ultimately it was YOUR nominations and the number of votes that players received in positions that framed the shortlist.

Then came the voting itself. The fifteen individual online polls attracted almost 50,000 page views. YOU also submitted postal and email votes in your droves. The breakdown of the percentage votes received by each player (online, postal & email) is published on the coupon. 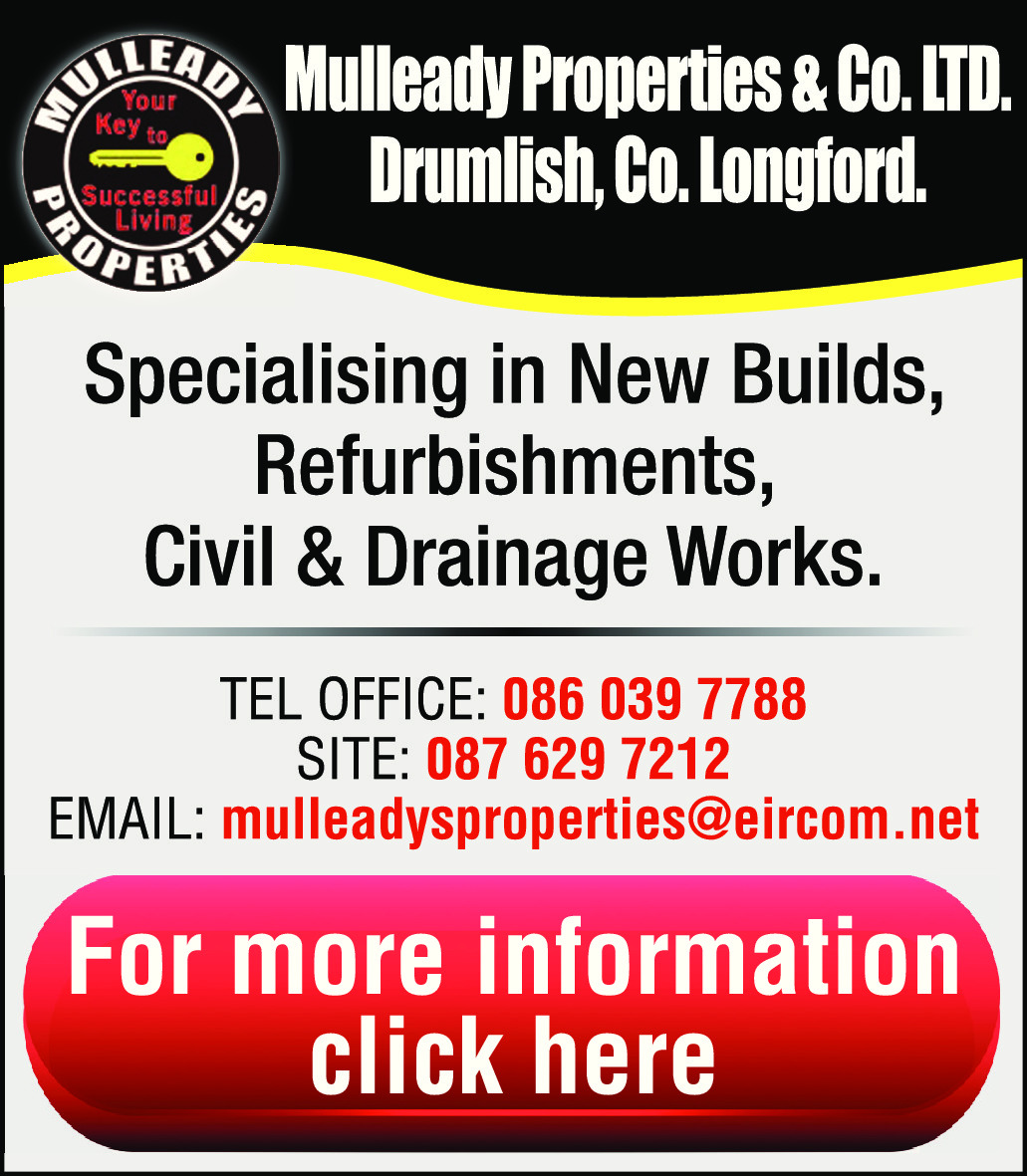 The competition was ferocious in some positions, look at the battle for jerseys one, three, seven and ten, in particular.

In other positions, the verdict was far more conclusive and indeed, for positions two, four, five, eight, nine, eleven, twelve, fourteen and fifteen, it was very evident from the nominations who was ultimately going to win out.

Ten clubs are represented in YOUR final selection, with Fr Manning Gaels leading the way with three players. There are two each from Dromard, Killoe and Clonguish, and one from Longford Slashers, Colmcille, Mullinalaghta, Granard, Ardagh and Abbyelara.

Congratulations to all the players shortlisted and especially to those who made the Dream Team 2000 - 2020.

Thanks to sponsors Mulleady Properties and to all of YOU who submitted nominations and casted votes. Longfoirt Abú! 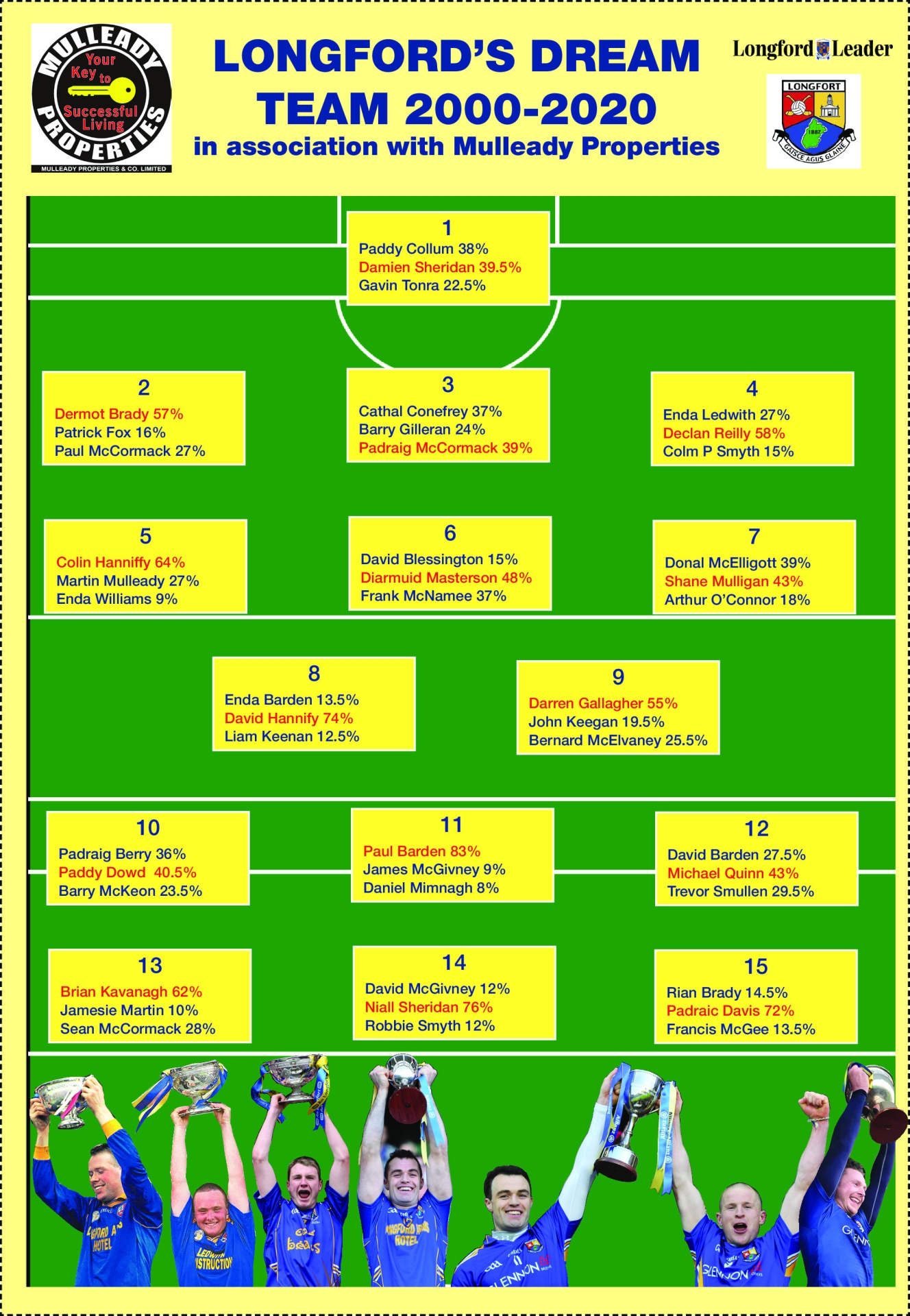