Nissan has announced that it is opening a new dealership in Longford as it expands its presence across Ireland and strengthens its position as the number one car of choice for motorists making the switch to electric driving.

The company has appointed O’Reilly & Sons, which is based on the Dublin Road in Longford Town, as a new main Nissan dealer and authorised repairer for county Longford.

O’Reilly & Sons is a well-known third-generation family business in Longford. It was founded by Dick O’Reilly, who began selling Volkswagen’s in Drumlish in 1951. His son Joe and grandson Kevin followed him into the business which is now making the move to selling Nissan cars and vans in addition to providing aftercare.

“Nissan is delighted to open our 37th dealership nationwide and to expand into Longford with the appointment of O’Reilly & Sons as a new main Nissan dealer and authorised repairer for the county,” said Seamus Morgan, Managing Director of Nissan Ireland.

“Nissan are Ireland’s EV experts and this appointment is part of our strategy to build upon that reputation as we continue to expand our innovative range of electric vehicles and to drive the switch to electric driving in all counties across Ireland,” he added.

“O’Reilly & Sons is a well-established business that brings a long tradition of dynamism to the Nissan family. We are excited to work together as Nissan prepares to launch an exciting new line up of electrified vehicles over the coming year,” he continued.

The appointment has also been welcomed by Nissan’s Head of Sales and Business Development, Neil O’Sullivan, who said: “Nissan pioneered EV driving with the award winning 100% electric Nissan LEAF and the appointment of O’Reilly & Sons as a new main Nissan dealer and authorised repairer in Longford is a welcome development as we expand and embark on the next leg of our ongoing journey towards electrification.

“The all-new Nissan Qashqai mild hybrid, which was launched earlier this year, is a game-changer for Irish families who want to drive electric and to reduce their CO2 emissions while enjoying the comforts and familiarity of the family favourite crossover,” he added.

Nissan will complete a dramatic overhaul and reinvention of its eye-catching range with the launch of the e-POWER version of the Nissan Qashqai and Nissan X-Trail along with the launch of the new 100% electric Nissan Ariya coupé crossover in 2022. The unique element of e-POWER is that the petrol engine is used solely to generate electricity, while the wheels are completely driven by the electric motor.

Commenting on their appointment as a new main Nissan main dealer and authorised repairer, Kevin O’Reilly of O’Reilly & Sons said: “We are delighted to become a Nissan main dealer and repairer in Longford and to bring the award winning range of Nissan vehicles to motorists throughout the county. Nissan pioneered the crossover market and it is synonymous with electric driving. The Nissan LEAF, Micra, Juke, Qashqai and X-Trail are well known for their innovation, comfort and reliability.

“The new Nissan dealership will also bring a new commercial vehicle sales outlet to Longford. That has been missing for some time now so this is a very positive development for the town and for commercial drivers,” he added.

“This is a very exciting time to be joining the Nissan dealer network. The Nissan LEAF and all-new Nissan Qashqai mild hybrid are the perfect choice for motorists who want to drive electric and to reduce their CO2 emissions. We are also very excited by the new cars that Nissan is introducing to its range next year and by the technology in these cars. We look forward to representing Nissan, to selling its new line up of cars and to bringing its expertise and high standard of customer care to drivers throughout Longford,” he added. 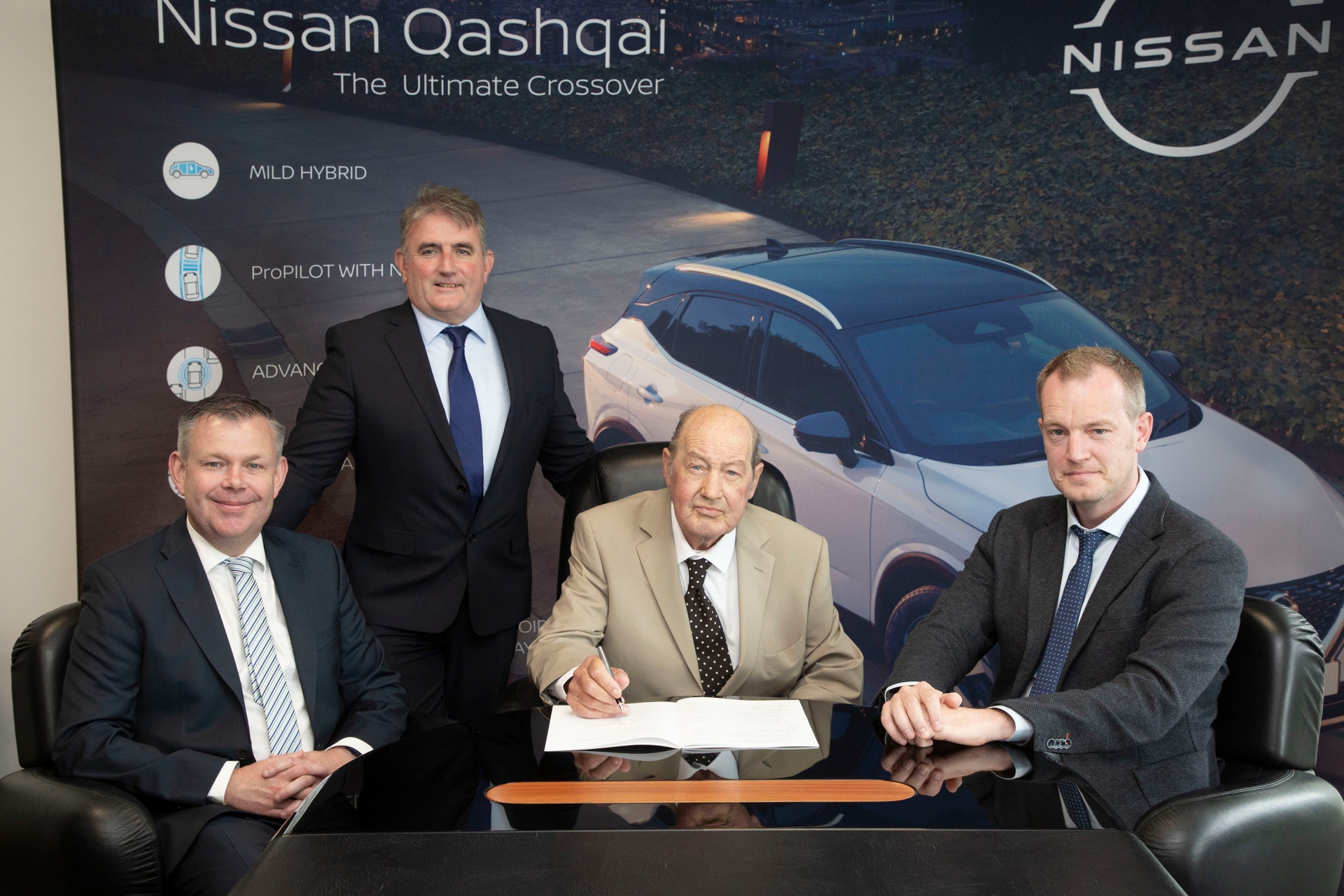