Longford will fare a lot worse economically than most parts of the country, according to a new analysis of the impact of Covid-19 coronavirus on the regions of Ireland. 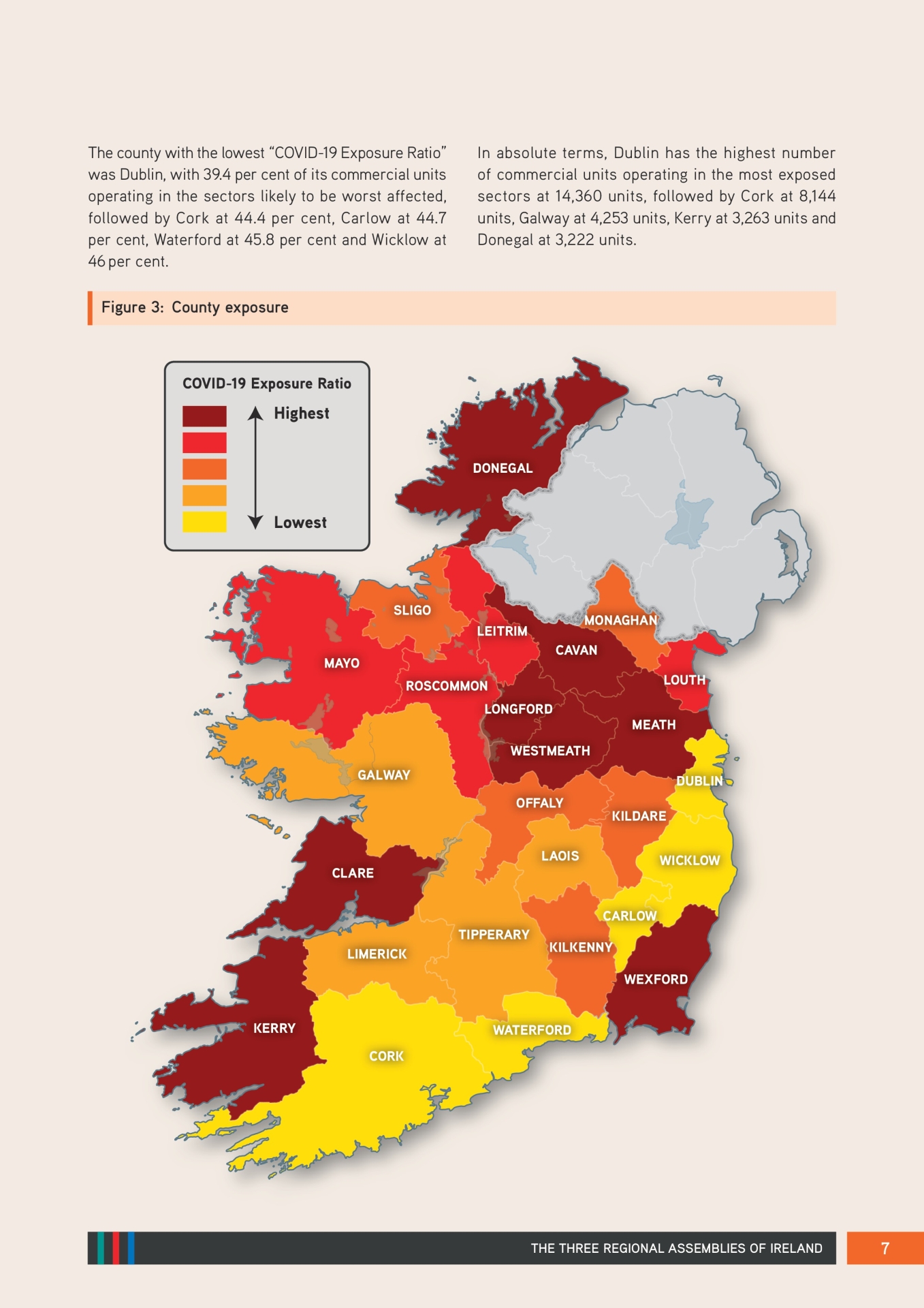 The county possesses the 8th highest exposure ratio (50%) in the country, while Edgeworthstown, with a 56.7% exposure ratio, is ranked 13th of the Top 15 towns exposed to significant economic disruption caused by the Covid-19 outbreak.

The national average for towns is 46% and Longford has three towns above that figure - Longford town 47.7%, Ballymahon 51% and Edgeworthstown.

The stark findings are published in the 'Covid-19 Regional Economic Analysis' study, compiled by the three Regional Assemblies of Ireland, and it suggests that there are 760 businesses operating in county Longford which are in the most exposed sectors. 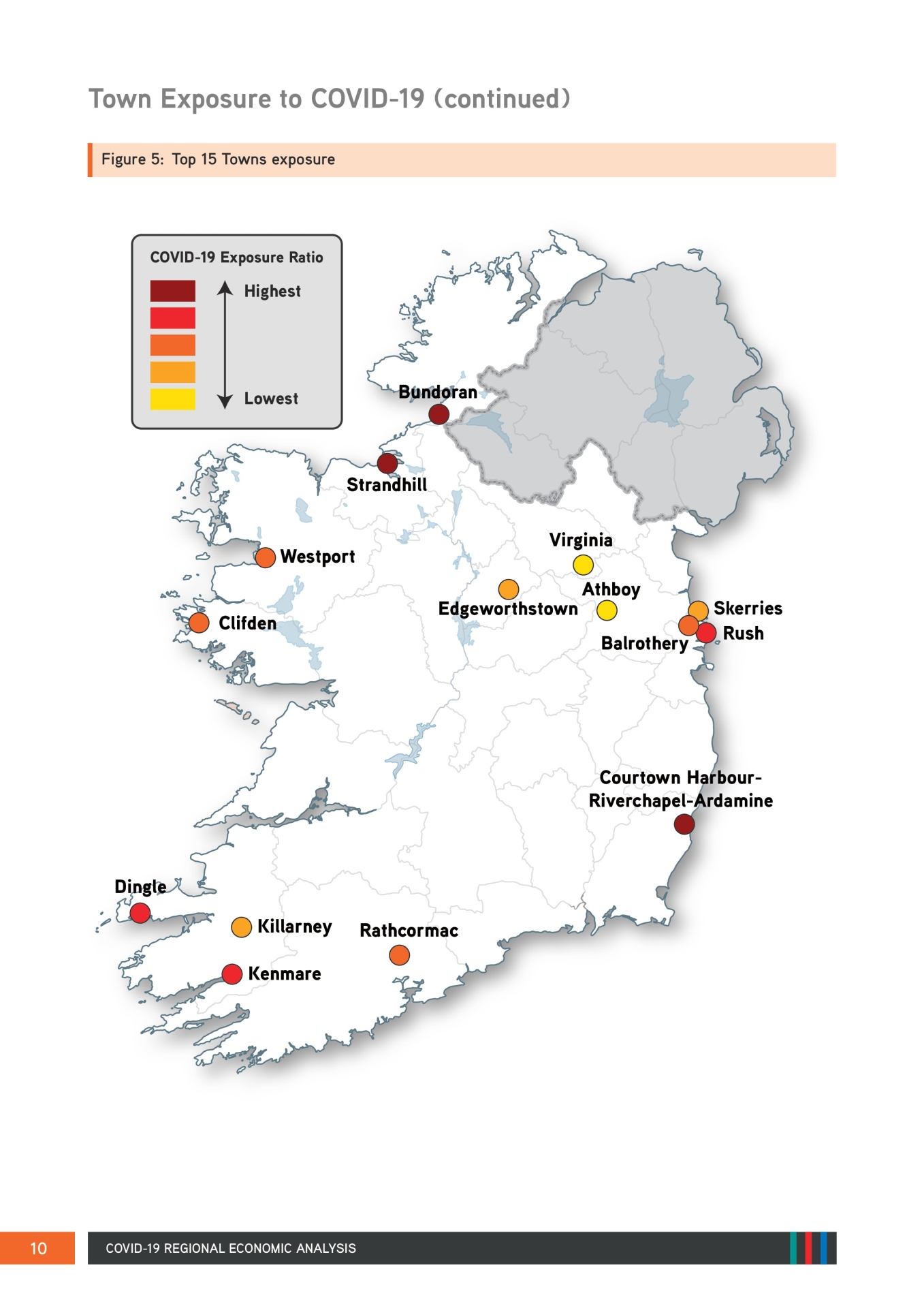 The study identifies which geographical areas in Ireland are more likely to be exposed to the economic disruption caused by the necessary measures to prevent the spread of COVID-19.

It highlights that of the three regions of Ireland, the Eastern and Midland region was the least exposed with 43.6% of its commercial units operating in the sectors likely to be worst affected.

However, when separated from the East, the Midlands is the second most exposed part of the country with 5,071 businesses operating in sectors likely to be worst affected.

It found that in absolute terms, the Eastern and Midland region had the highest number of commercial units operating in the sectors likely to be worst affected at 29,637 units.

“Within the region itself, the Midlands is likely to be the worst exposed to the economic disruption caused by Covid-19, with 48.9% of its firms operating within the sectors likely to be worst affected, while Dublin was the least exposed with a corresponding ratio of 39.4%."

According to the report, coastal and rural counties are more likely to be exposed to significant disruption from the outbreak as their reliance on commercial units generally require human interaction, while their ability to operate online is limited.

Also read: Covid-19 unemployment payment to be extended beyond mid-June

In terms of the Eastern and Midland region, the county that is likely to be most exposed is Westmeath, with 51% of its commercial units operating in the sectors likely to be worst affected, followed by Meath at 50.3%, Longford at 50.0%, Louth at 48.4%, Offaly at 47.8%.

Cllr Eamon Dooley, Cathaoirleach of the Eastern and Midland Regional Assembly said, “This report will inform policy makers at a local, regional and national level of the extent of economic exposure and resilience across Ireland and our region. This i s consistent with the key principal of building economic resilience which is outlined in the Regional Spatial and Economic Strategy of the Eastern and Midland Regional Assembly. An evidence-based approach is needed now more than ever and it is imperative that there is greater awareness of the potential economic exposure of our regions, counties and towns.”