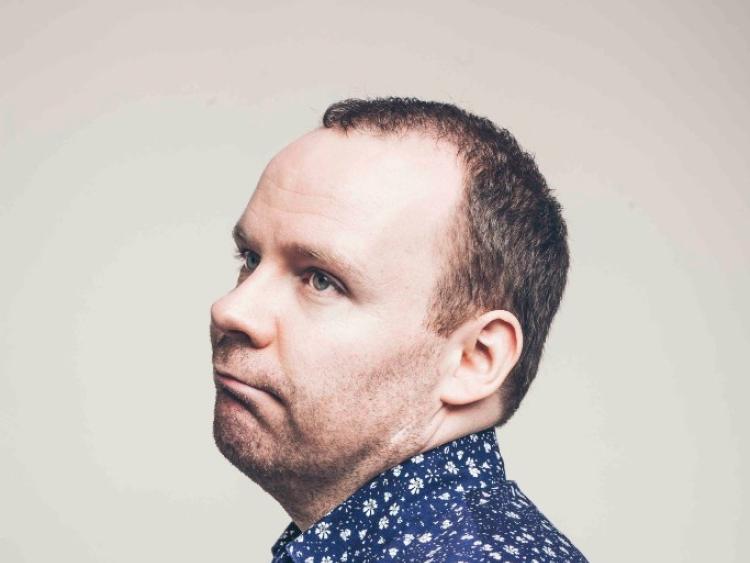 Doing a physical handstand is hard. You have to have great discipline and even greater shoulder strength to be able to pull it off.

So no, says Neil Delamere of his ‘Handstand’ tour. He will not be doing a physical handstand on stage as part of his upcoming gig in the Longford Arms Hotel.

“I called it ‘Handstand’ because usually you have to name the show long before you actually do it,” Neil told the Leader last week.

“You name it a year before it happens and then it goes in all the brochures and stuff. So I said I’d name it ‘Handstand’ and that I’d do a physical handstand, but then I realised how hard it actually is to do a handstand. So now it’s just a metaphorical handstand.”

Neil Delamere has played many gigs in Longford, but never the Longford Arms, so he’s looking forward to seeing what that will be like: “I’m told it’ll be good craic,” he said.

“Though I hear my face is absolutely plastered all over Longford so I’d like to apologise to the people who have to see that when they’re driving in their cars.”

It’s a small price to pay to alert people to the upcoming gig - especially since this show is just one of “50 or 60 dates” on the Handstand tour.

“I try to tour every county or close to every county. We have 30 or 40 dates done at this stage,” he said.

The Offaly native has never missed an opportunity to mention his home town of Edenderry in his shows, and regularly visits his family back home. But the star comedian also has roots in Longford.

“My granny is from Ballymahon, so I’m actually related to the Cooneys in Cooney’s Hotel. My dad and I were thinking of doing a tour of the homestead one of the days.

“I’ll have to do the Tommy Tiernan thing and do a world tour of Longford and hit all the hot spots,” he joked.

But all roads - and all conversation threads - ultimately lead back to Offaly for Delamere as he quickly links his love of Longford to his even greater love for Offaly.

“There are two reasons I like Longford. One is because I have roots there, and the other reason is that the last manager of the Offaly team to win the All-Ireland was from Longford,” he said.

All family roots aside, Delamere’s show in Longford promises to be as hilarious as any of its predecessors.

Audiences can expect the usual banter and quick-witted, well-observed comedy at ‘Handstand’ as they have come to expect from Delamere over the years.

“The show will feature a lot of stuff similar to other shows. So I’ll be messing with the audience and then I’ll probably talk about Donald Trump and Brexit and also about the time my voice was used in an adult film,” he said, though he chose not to go into too much detail on that last bit, to spare the readers of this “family newspaper”, as he called it.

With stellar reviews and a number of platinum-selling DVDs under his belt, Neil has turned his attention to comedy documentaries, writing and presenting IFTA and Celtic Media Award-winning TV programmes on the Vikings and St Patrick.

His four-part series on heroes from Ireland’s past, ‘Holding Out for a Hero’, was recently broadcast as part of RTE2’s autumn schedule.

Never one to sit around, Neil is also back in the hot seat with the perennially popular BBC panel show, ‘The Blame Game’, which is returning to the small screen soon for its 11th season, and has already had over 11,000 applications for tickets - there are only 300 seats in the audience, he says.

With all of that happening in his life, it’s only natural to wonder how he keeps the inspiration for his comedy flowing.

“Where I get my inspiration from depends on the situation. So for the show I do up in the north (Blame Game), you immerse yourself in newspapers and television and keep a close eye on the big news stories around the world,” he said.

“But when you’re on tour, it has to be something that will last a little bit longer than that. So I talk about my own life, my parents, my school, my job. So you can tour that for some length of time.”

And the inspiration for his jokes can hit him at any time, so he has to have a good process to keep track of his thoughts.

“Sometimes, if I’m out walking, I might think of something and I’ll put it into the notes in my phone. It used to be an actual notebook, but now I have a phone full of notes.

“And sometimes, I’ll put in some inspiration at night and then go to sleep and when I wake up and read it, I won’t understand what I was talking about… probably because I made the note at about 4 o’clock in the morning.”

Of course, as a performer, Neil has had his difficult, embarrassing and downright disastrous moments too, with a particular heckling incident at a 2am show in Edinburgh standing out in his mind.

“There have been loads of bad incidents, particularly in the early days, when I didn’t have much experience. But there have also been good shows and platinum DVDs and stuff too, so I’m still mentally OK, don’t worry,” he assured the Longford Leader.

And he’s still working in comedy, despite it all, so we believe him.

Neil Delamere will take his ‘Handstand’ tour to the Longford Arms Hotel on Friday March 31 next. Tickets are available at the hotel reception (cash only) and www.ticketstop.ie.

WIN: Tickets to Neil Delamere in the Longford Arms

The Longford Leader has three pairs of tickets to give away for the March 31 show. To be in with a chance of winning a pair of tickets, simply answer the following question: ‘Is Neil Delamere originally from Offaly?’.

Answers should be sent in to The Longford Leader, Leader House, Dublin Road Longford, with your name and contact details and winners will be notified.