Longford County Council is pleased to take part in a new dog fouling awareness campaign with ten other local authorities.

Launched on Thursday July 7, the campaign aims to remind dog owners to pick up after their dogs and the consequences of not doing so. 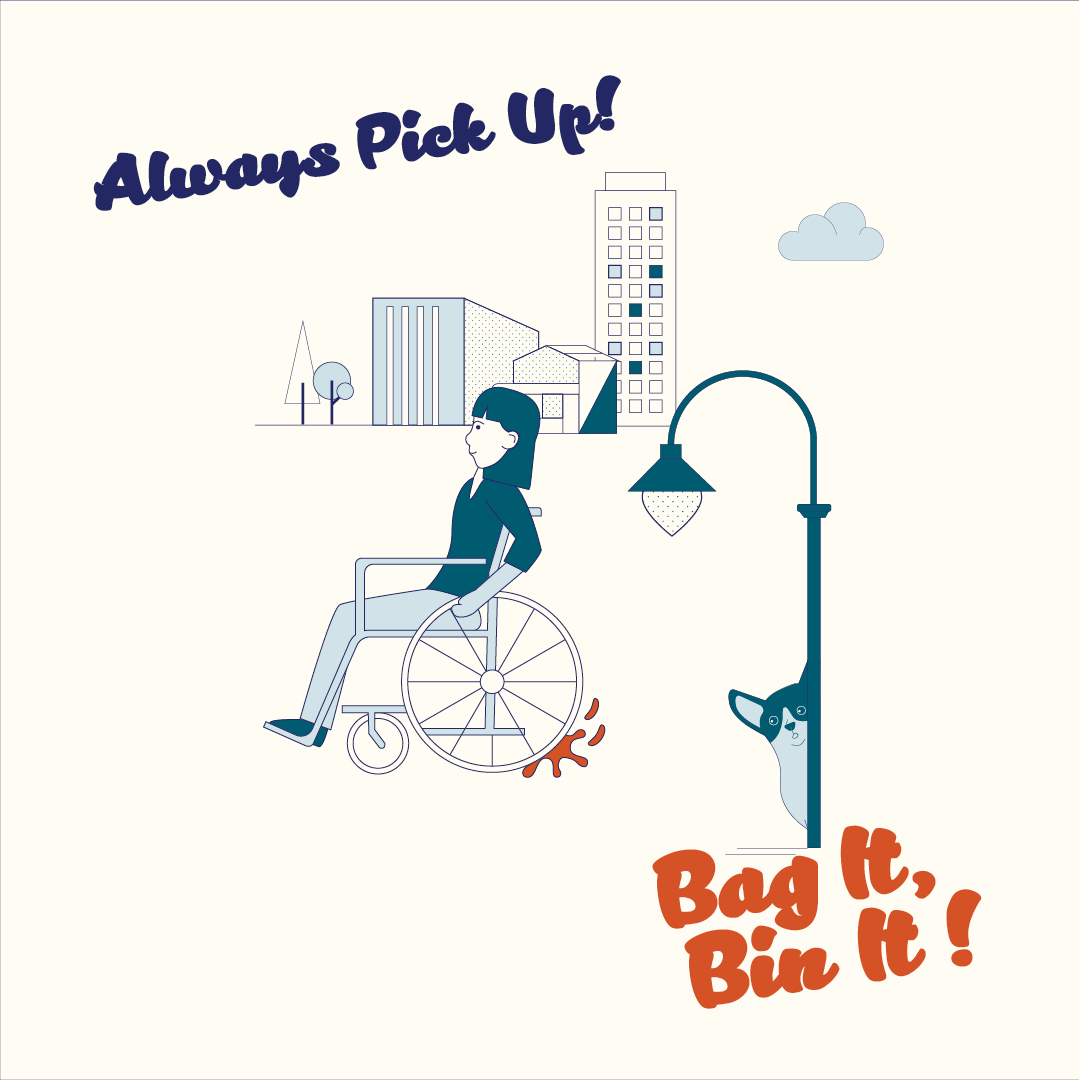 The campaign features ‘Scally’ the dog in a series of social media videos highlighting the responsibilities of dog owners. Whether under the cover of darkness, on the street or in the park, owners are asked to remember “Your dog’s poop could end up anywhere! Always pick it up!”

Dog owners are also reminded that failure to pick up after their pet is an offence under the Litter Management Acts 1997-2009 and could result in an on-the-spot fine of €150. The maximum court fine is €3,000. 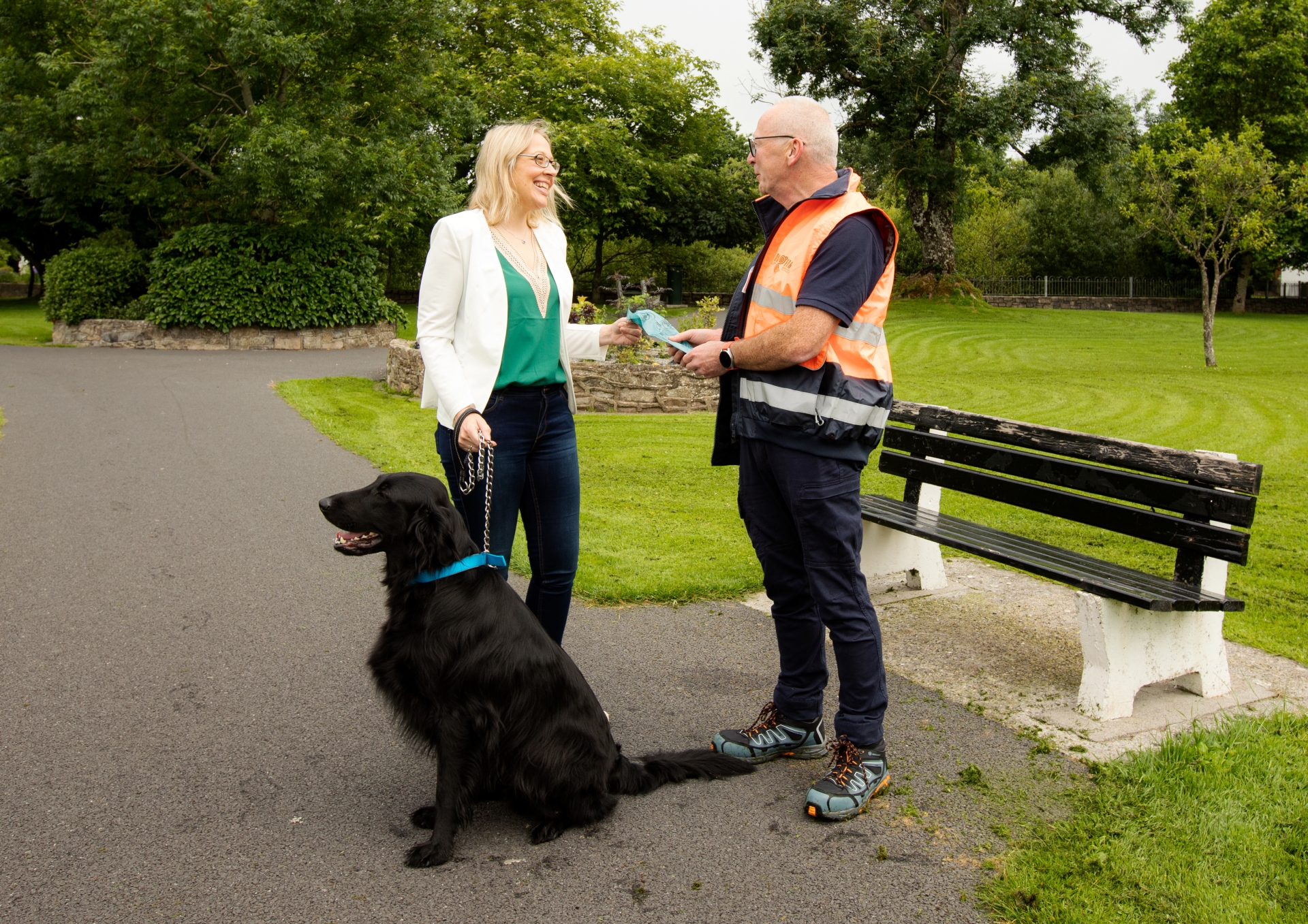 Speaking at the launch, Longford County Council Cathaoirleach, Cllr Turlough McGovern, highlighted the importance of reminding dog owners of their responsibilities. He said, “Dog fouling is a serious problem. It is not just terrible to see around our towns and villages, it also can end up in our homes, playgrounds and parks, and cause other problems, including health issues. The message is clear - all dog owners need to bag it and bin it.”

Follow Longford County Council on social media to be kept up-to-date on this awareness campaign. 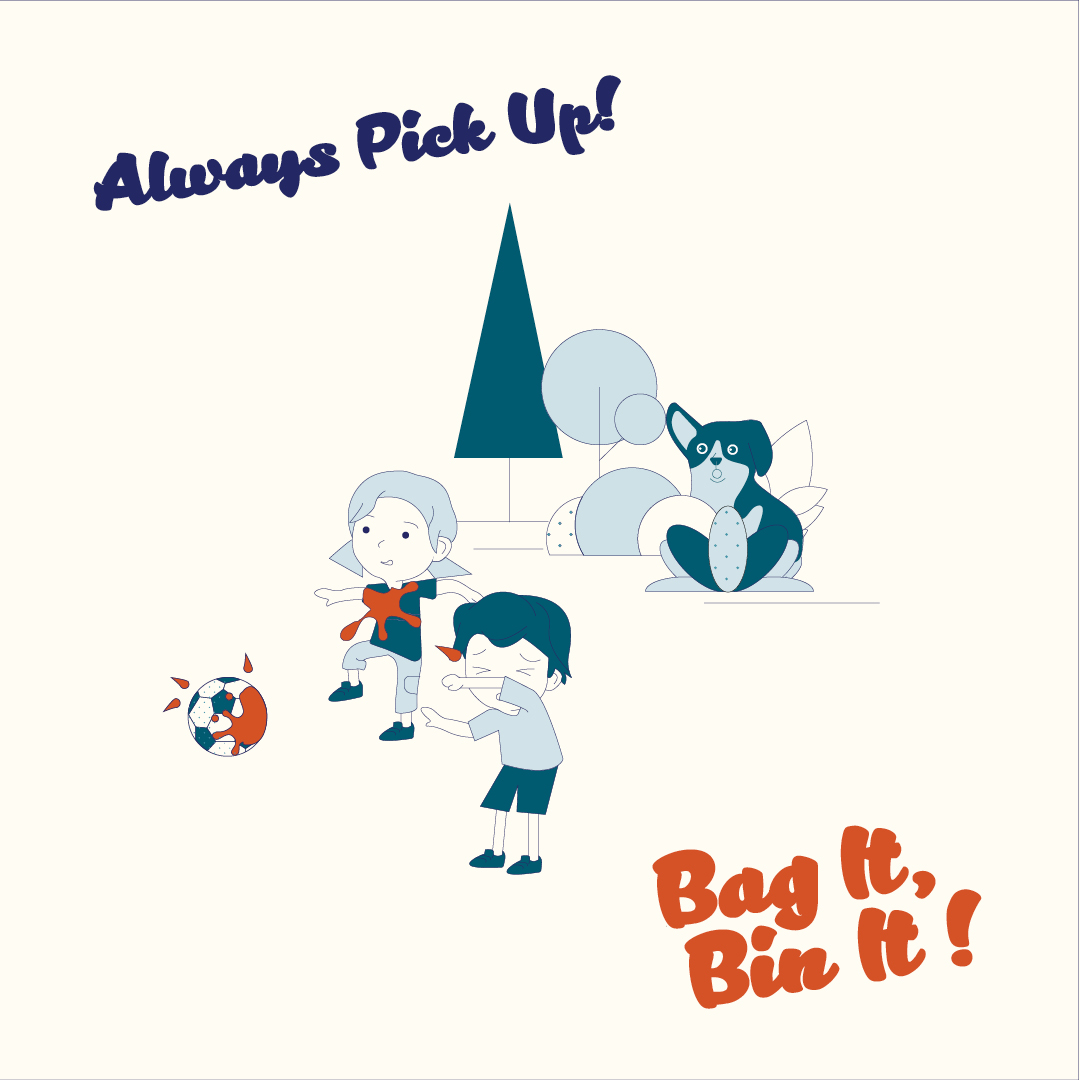 How can I pay for my dog licence?

All dogs over four months old and away from their mothers must have a dog licence. You must be over 16 years of age to hold a dog licence. The current cost is €20 per year and can be bought at any An Post outlet. All you need to do is drop into your local Post Office and buy your dog licence over the counter or purchase it on line at www.licences.ie. A lifetime dog licence can be bought for €140 from Longford County Council or from your local An Post office. 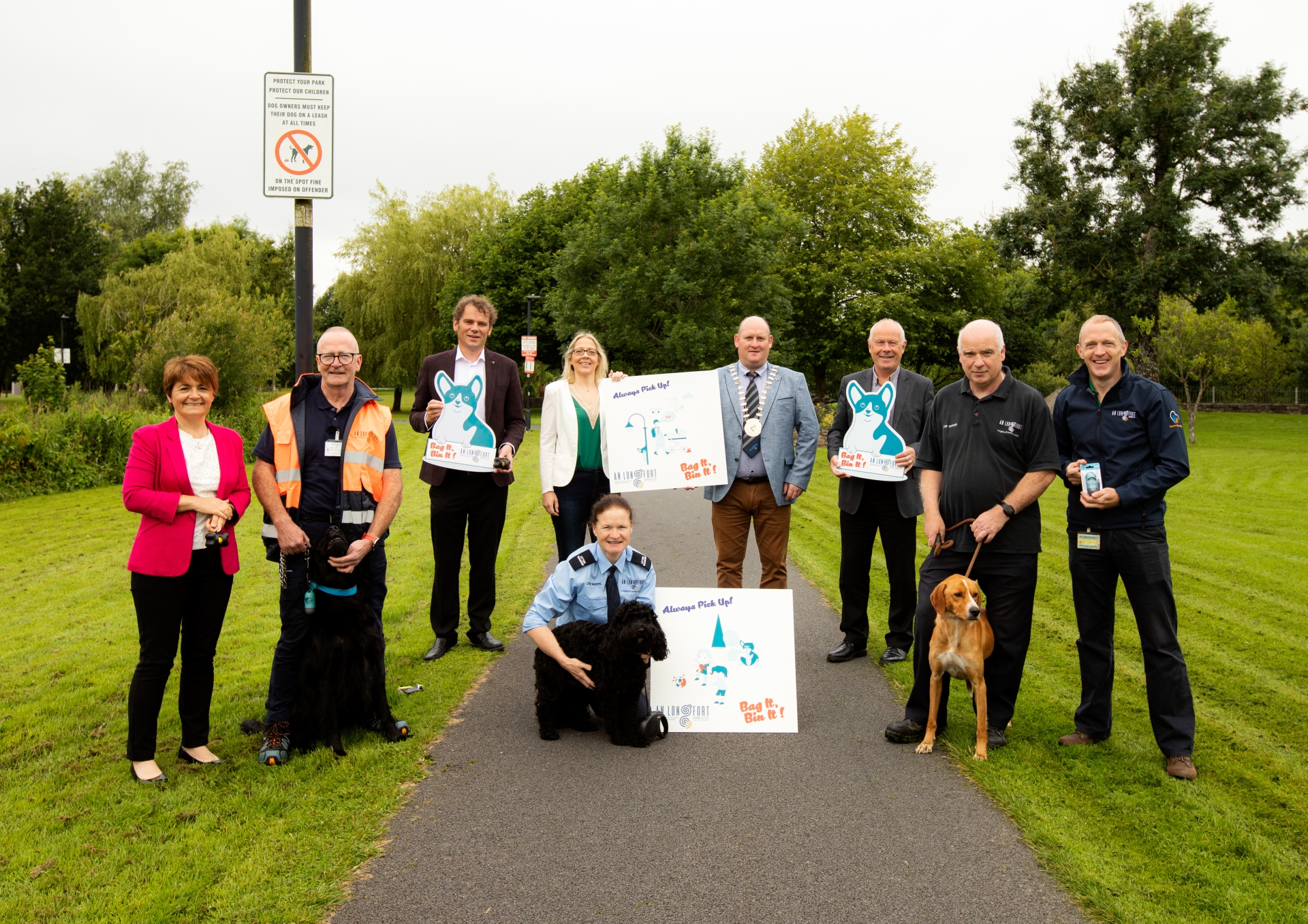 Part of your dog licence covers collection of stray, unwanted and abandoned dogs. Dogs are cared for in your local pound until, if suitable returned, re-homed or acquired a space at an animal rescue. The General Dog Licences (€400) will still be purchased through Longford County Council.

As and from April 31 2016 all dogs must be microchipped by law. This helps with the retrieval of your dogs should they go missing. Those who refuse to microchip their dogs could face a fine of up to €5,000 on conviction.

This campaign is sponsored by Longford County Council. 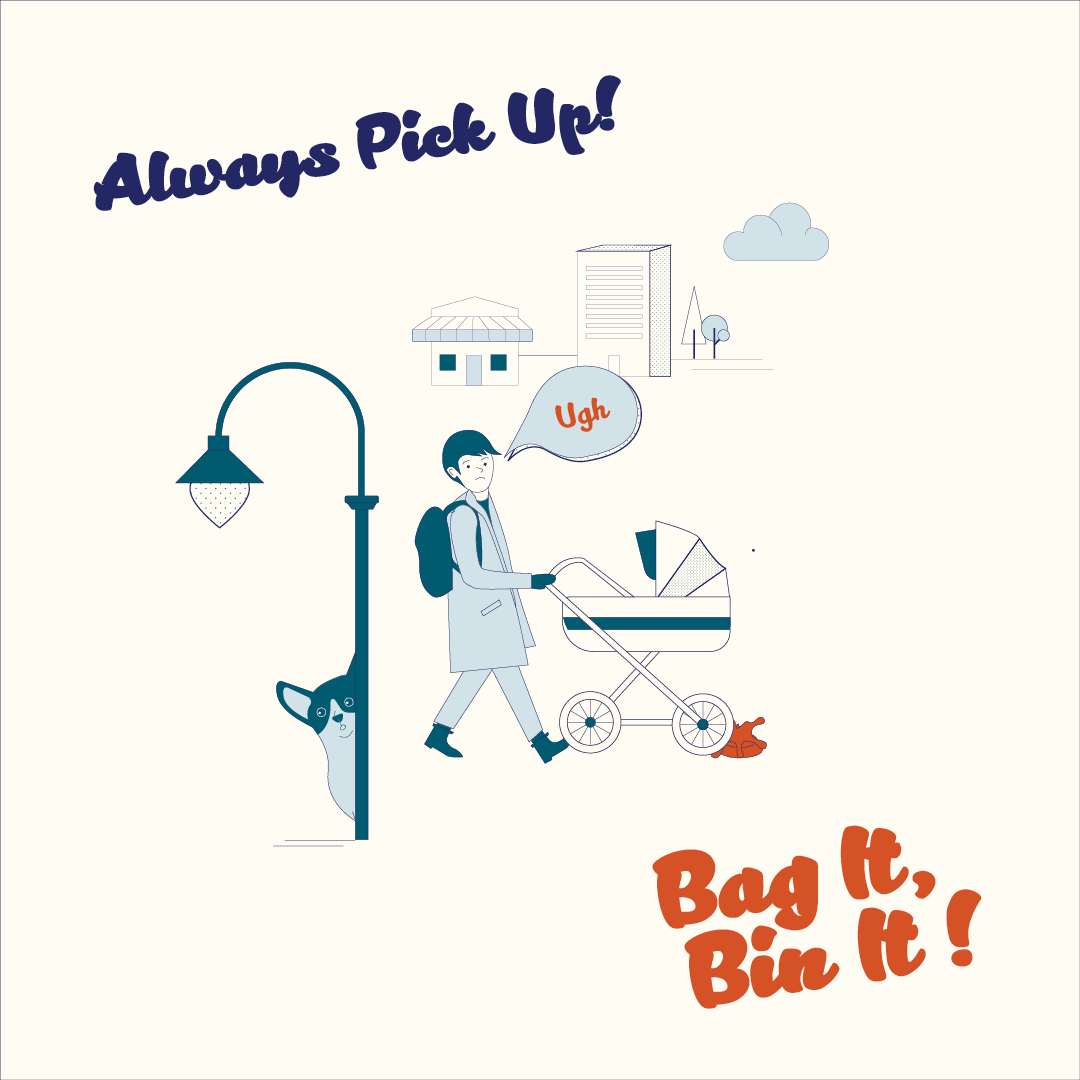