Ballymahon and Longford are set to benefit from the Action Plan for Rural Development which was in Ballymahon Library.

Deputy Peter Burke said he was glad Minister Heather Humphreys had chosen Ballymahon as the venue to launch the Action Plan, as he feels Longford and towns of a similar size to Ballymahon across the midlands and country stand to benefit the most from the significant investment outlined in the plan.

Deputy Burke remarked, "Having engaged with the Minister during consultation for the Action plan, I was very glad to note the investment ear marked for rural towns such as Ballymahon.

"We have seen the success which came about as a result of the Action Plan for Jobs, where targets were actually surpassed in relation to job creation and this plan was designed in the same structured and specific way. The ambitious target of creating 135,000 new jobs has been set in the plan, all outside of Dublin. There have been 19 key actions identified and work has already begun to get things moving.

"Jobs is the number one driver of economic growth, and Ballymahon will see the benefits of this with the coming of Center Parcs.  Fáilte Ireland will also be targeting an increase of 12% in tourism to rural Ireland. These are significant and real commitments by the Government in a move to prioritise rural and regional Ireland. 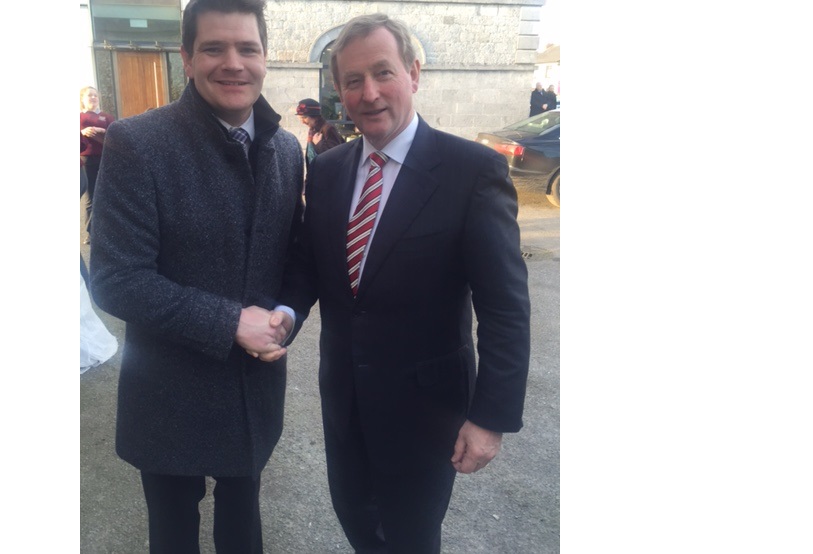 "It has been claimed that a recovery was only felt around Dublin and larger urban areas, and this plan was designed with the aim of balancing out this investment. Over €50 million will be spent on over 4000 community projects across rural Ireland.

"We have seen the huge success this year of the Town and Village scheme, with Longford receiving almost €380,000 this year, including €43,000 going to Granard Buttermarket. As part of this plan, the funding for this next year will be doubled. This is real proof that the Minister is listening to people on the ground and supporting the projects that are working best."

VIDEO: Action Plan will reverse the fortunes of areas in Longford that have been ignored for too long