Following a media briefing where Gardai informed the public the case of missing man Pet Heeran has been upgraded to a murder investigation, extensive searches began in Aughavas for his remains.

30 members of the Defence Forces from Finner Camp along with investigating Gardaí are combing the area around Cois Easa, Aughavas to search for Pat Heeran's remains, as well as items of clothes and his phone. 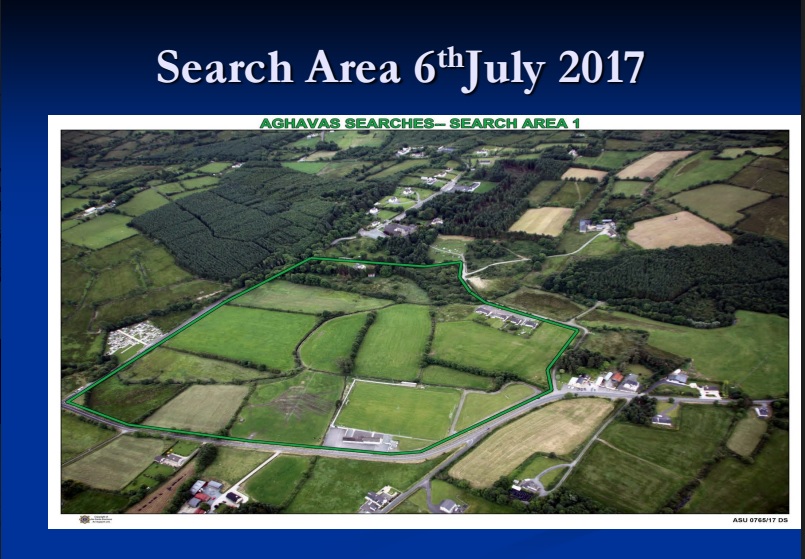 Man searches for Pat Heeran in the local vicinity are expected to last until the end of July as part of this upgraded investigation.

Mr Heeran was last spotted on October 3, 2011. On that day he was caught on CCTV at Baxter's supermarket Mohill at 4.21pm. However phone signals place him around the area of his house at 5.46pm on the same day. Inspector Ray Mulderrig told the Leitrim Observer they know the number which was in communication with Pat Heeran's phone.

The searches in Aughavas this week are part of the new murder investigation which is stated to be "wide open" at the moment. Gardai are going back to the beginning and will re-interview all witnesses and assess all evidence in their possession.

The Heeran family hope they can find the body of Pat so they can bury him and have a grave to mourn at, cousin Damien Brennan described the past six years as a "nightmare" for all the family especially Pat's elderly mother.

Anyone with any information in relation to Pat Heeran or who saw him in Aughavas or Mohill on October 3, 2011 are asked to contact the Incident Room at Manorhamilton Garda Station on 071 9820636 or the Garda Confidential Line on 1800 666111.