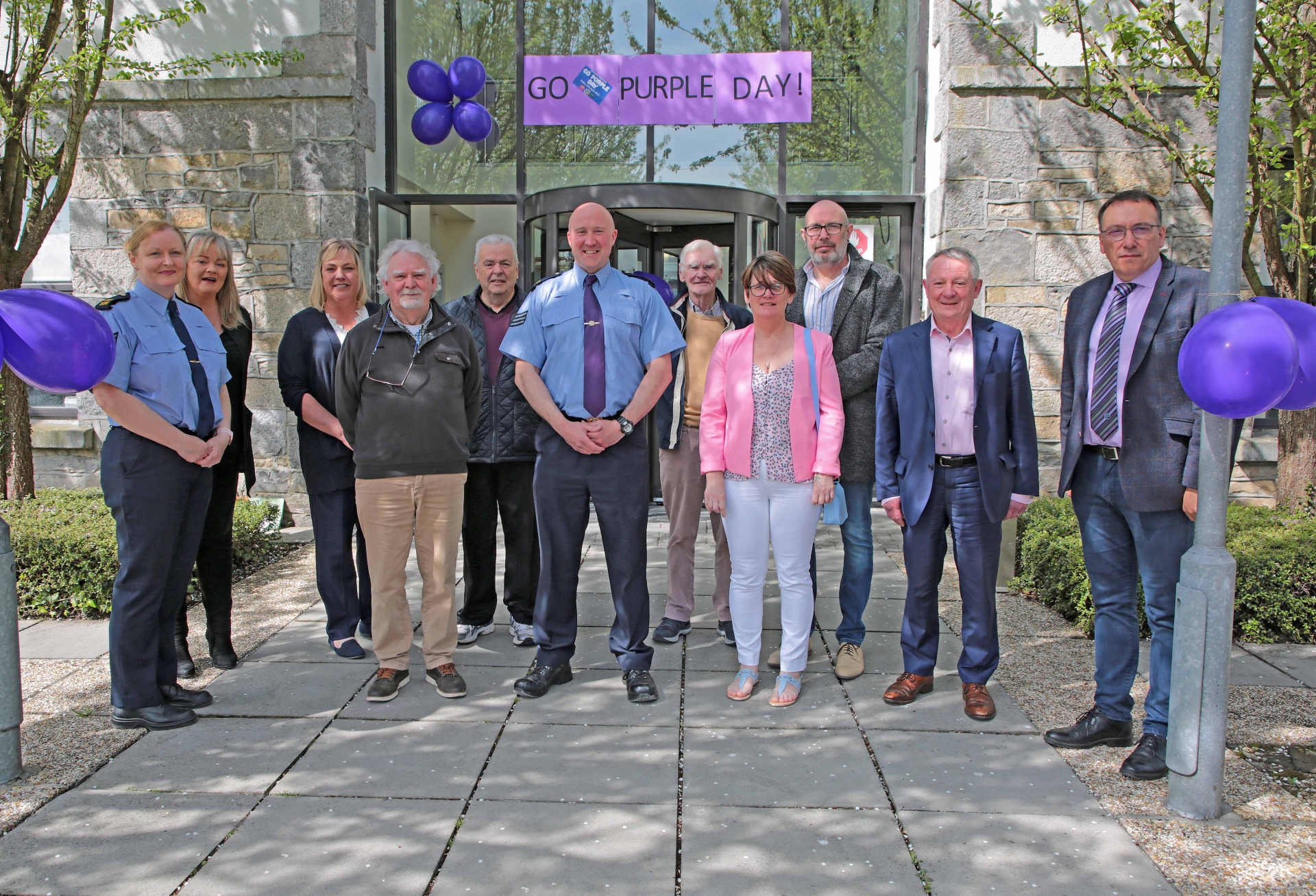 There was a sea of purple at Longford Garda Station on Friday morning as Gardaí and local domestic violence support services donned the colour for Go Purple Day.

Nationally, An Garda Síochána partnered with Men’s Aid and Safe Ireland on Friday, April 29, to mark Go Purple Day and help raise awareness about domestic violence and the local domestic violence support services available to those affected in Ireland.

The initiative was first organised in 2020 by Community Garda, Stacey Looby from Athlone Garda Station to help strengthen community partnerships between domestic violence services and An Garda Síochána, and it is now a national day of awareness about domestic abuse.

Gardaí from the Longford and Granard Districts invited local community groups, councillors and domestic violence support service providers to attend Longford Garda Station for a morning of tea, coffee and conversation about domestic violence in the county. All were encouraged to wear purple to mark the day.

“Domestic violence includes physical, sexual, emotional or mental abuse of one partner by another in a relationship which may or may not be one of marriage or cohabitation and includes abuse by any family member against whom a safety order or a barring order may be obtained by another family member,” said Longford county’s Superintendent Seamus Boyle, explaining An Garda Síochána’s Domestic Violence policy on Friday morning.

“Domestic violence is not confined solely to heterosexual relationships but also occurs within lesbian, gay and bisexual or transgender relationships.

“Domestic Violence also presents itself in the form of abuse of older people by abusive spouses, children, relatives, carers and abuse of people with disabilities by either their carers, partners or relatives.

“We call out to domestic violence incidents. We have to do a risk assessment of those incidents and we do call backs,” Supt Boyle explained.

“And it does happen on occasion that we don’t get to do callbacks because people are moved into secure accommodation, but it’s rare that it doesn’t happen.

“We are there for the victims,” Supt Boyle assured. “It’s very important to stress that it’s across all classes, all genders and An Garda Síochána are there to help these people, no matter what your status is, what your gender is or where you come from.
“In relation to today, it’s an opportunity to bring together all the services that provide victims and vulnerable people who are victims of domestic violence.

“Purple Day is here today and I’d like to recognise the support that we get and to thank all the other agencies who are involved in helping the victims of domestic violence and abuse,” he concluded.