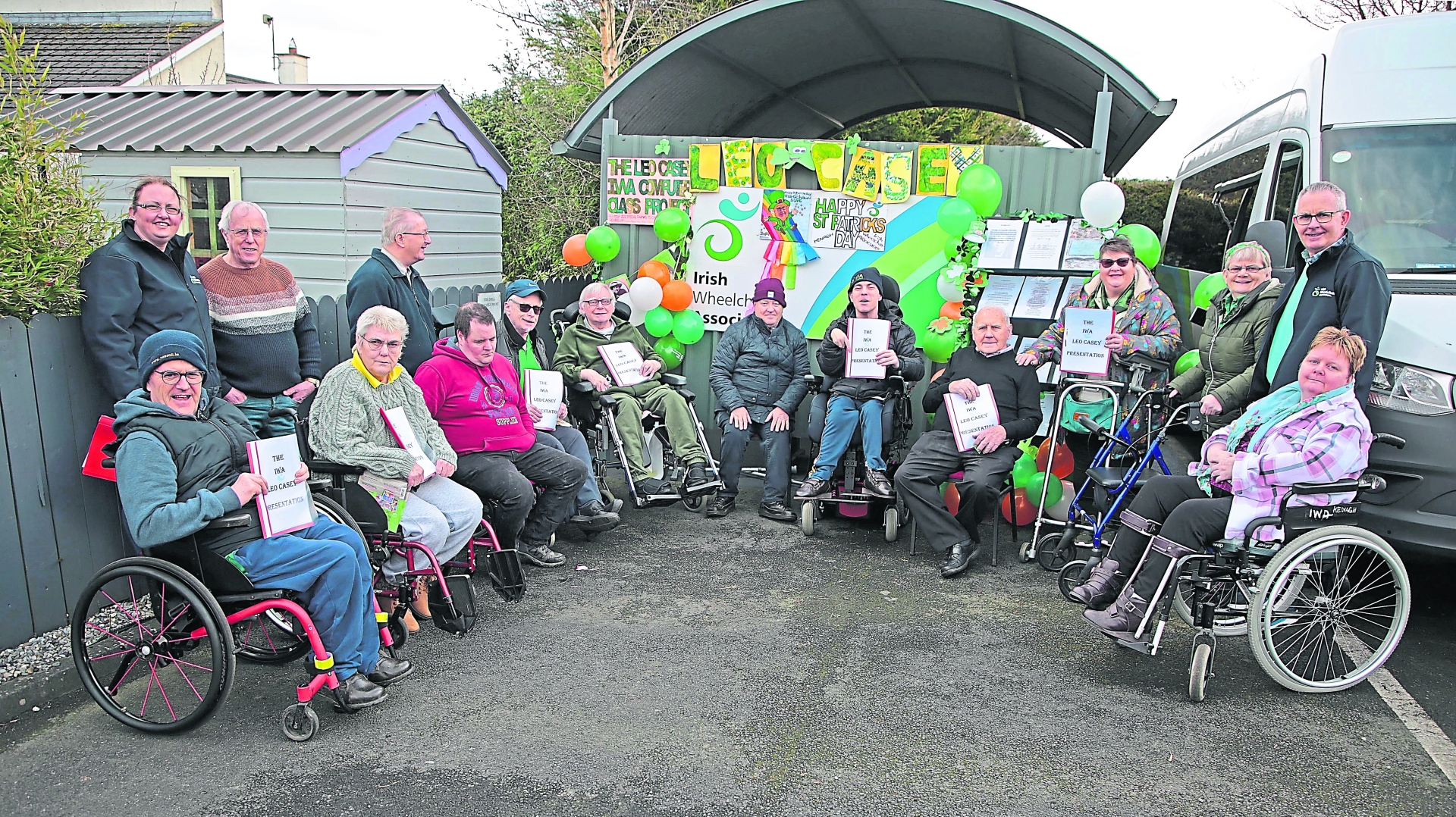 The Longford Irish Wheelchair Association Kenagh computer class recently completed a project on the life and times of Leo Casey and pictured are those who participated in the presentation of the project Picture: Shelley Corcoran

The Irish Wheelchair Association Kenagh support service users, with guidance from Denise Muldoon IT tutor from Longford / Westmeath ETB, recently completed a project on the life and times of Leo Casey.

After assessing what projects would be appropriate, Tracey decided to create a class project and since the IWA is located in Kenagh and Leo Casey is associated with the area, it was decided he should be the subject of their project.

Tracey explained, “We looked at his life and works and found the history very fascinating and we all participated in gathering information together which we decided to present to the rest of the service users as well as family and friends at an event on Thursday, March 10.” Members of the project group participated in presenting parts of Leo’s life and works to the audience as well as writing their own poems and singing his ballads. The enjoyable event concluded with refreshments.

Born in 1846, John Keaegan ‘Leo’ Casey, known as the poet of the Fenians, was an Irish poet, orator and republican who was famous as the writer of the song ‘The Rising of the Moon’ and he was one of the central figures in the Fenian rising of 1867. He died on St Patrick’s Day in 1870.

The Ballymahon Leo Casey Historical Society decided to apply to Longford County Council for permission to erect a monument in appreciation of Leo Casey’s contribution to Irish literature. Designed by Paddy Egan and Eamon Leavey, the monument was unveiled on Saturday, August 26, 2017 on Main Street, Ballymahon.