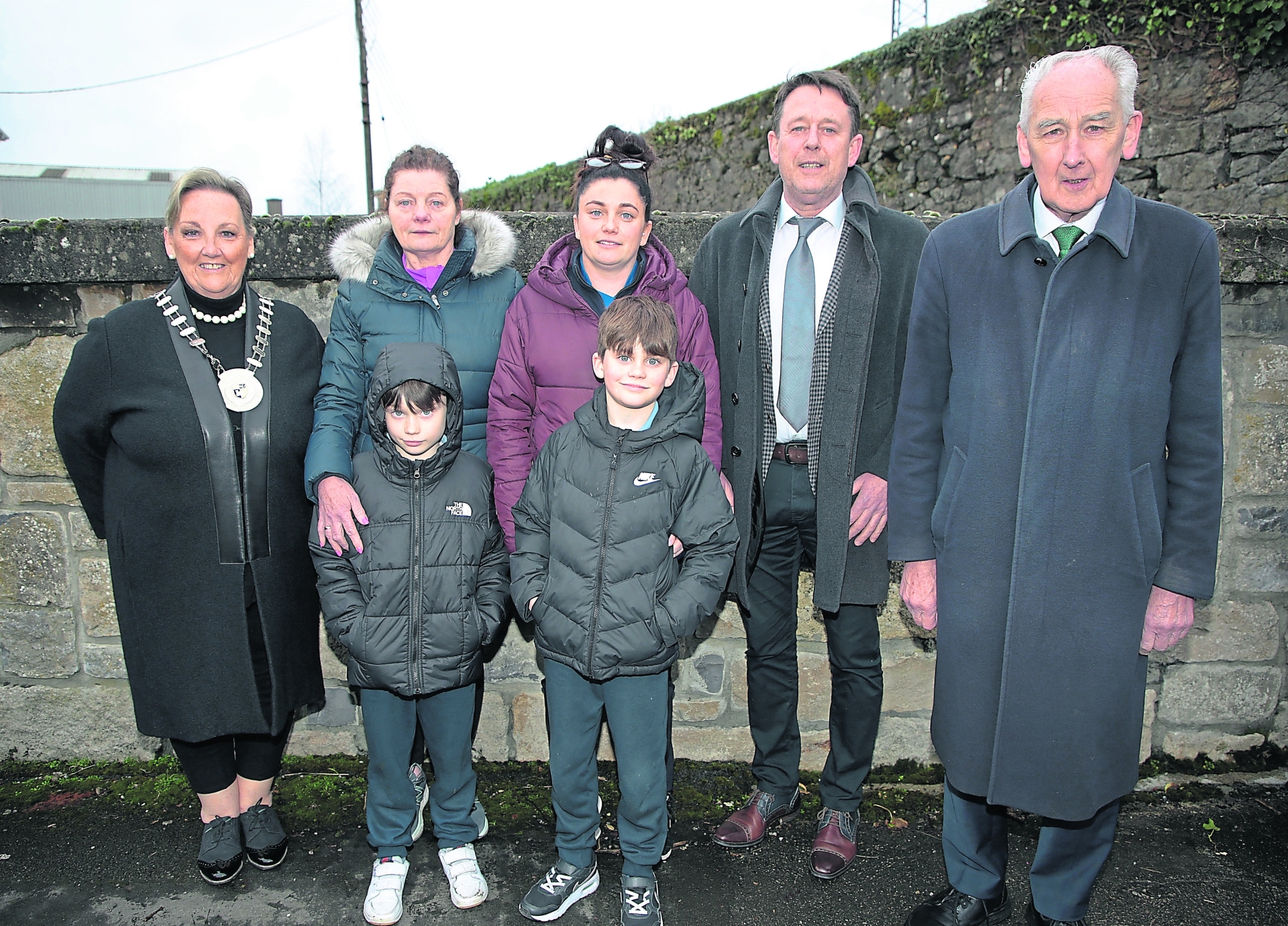 The centenary of the handover of Longford's Connolly Barracks to the IRA was commemorated during a special ceremony in the grounds of the barracks last Thursday evening.

The event was organised by Longford County Library, Heritage and Archive Services as part of the Decade of Centenaries Programme.

The ceremony was preceded by a parade led by Longford Pipe Band and it began with an ecumenical prayer service, led by Fr Tony Gilhooly and Rev Simon Scott, in memory of all who served in the barracks. There was a talk with local historian Hugh Farrell on the handover and other speakers included County Archivist Martin Morris and Stephen Coy Snr.

Members of the Peter Keenan Branch of the Organisation of National Ex-Service Personnel will participated in the ceremony and Lieutenant-Colonel Joseph Mullins, from the Transport School in The Curragh, represented the Defence Forces.

A plaque was unveiled at the entrance of the barracks by Longford County Council Cathaoirleach Peggy Nolan who said the event was 'an opportunity to reflect on our great military tradition and show how proud we are of our local soldiers'.