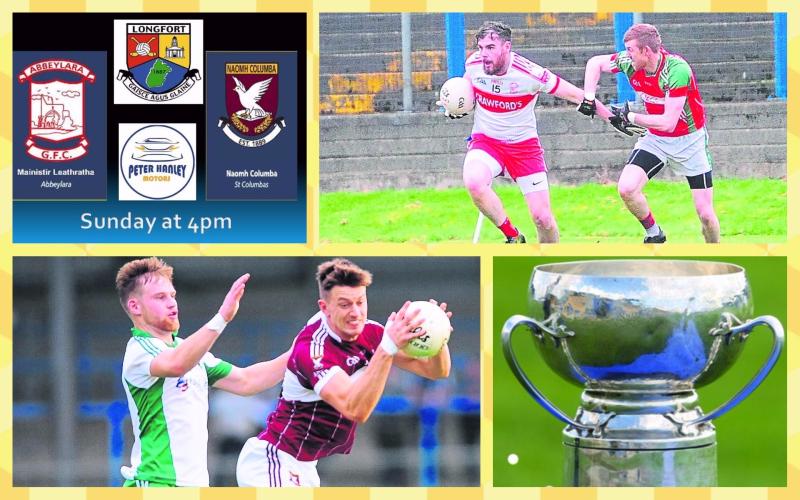 Reigning champions Mullinalaghta St Columba's will put their Peter Hanley Motors Longford senior football championship title on the line on Sunday when they face Abbeylara, in a repeat of the 2016 showdown, at 4pm in Glennon Brothers Pearse Park.

Abbeylara haven't savoured Connolly Cup glory since 2006, while Mullinalaghta ended their sixty-six years wait for success when they overcame Abbeylara by 1-8 to 0-8 in last year's tension filled final.

Mullinalaghta and Abbeylara are amalgamated at underage level as Northern Gaels and another uncompromisingly tough battle is in prospect on Sunday, October 8.

Mickey Graham managed Mullinalaghta will be looking to John Keegan, Shane Mulligan, Donal McElligott, James and David McGivney, Rian Brady and Jayson Matthews to lead their charge in their quest for back-to-back to honours.

While Danny Brady's Abbeylara will be hoping that Robbie Smyth, Conor Berry, Fergal Battrim, Colm P Smyth, Nigel Rabbitte and James McEntire can perform to their optimum and seize the silverware.

You are the expert. Take our Poll and tell us who YOU think will be crowned the 2017 Peter Hanley Motors Longford senior football champions - Mullinalaghta or Abbeylara ??