GET VOTING: Ganly's Longford Sports Star of the Month Award for August

Cian McPhillips, Funmi Talabi, Christopher Conaty, Darragh Greene, David O'Sullivan and Longford Pony Club shortlisted for the August award and they are looking for your vote 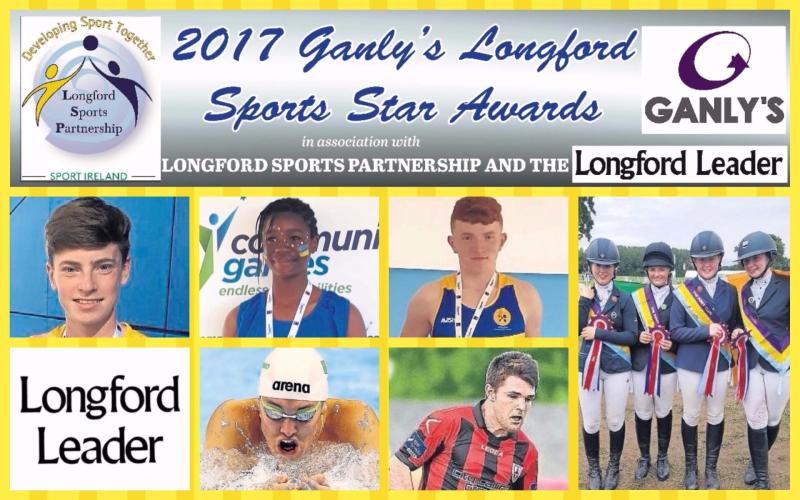 Voting is underway to decide the Ganly's Longford Sports Star of the Month Award winner for August.

Athletics/Community Games: Cian McPhillips
What a month it turned out to be for the highly talented Cian McPhillips who won a Gold medal in the U-16 Boys 800m when representing Ireland against Scotland and Wales in the annual Celtic Games at Morton Stadium, Santry. And further success followed in August for the Ardagh athlete who produced another magnificent performance to win the U-16 Boys 1,500m at the Aldi Community Games National Finals at the Sports Campus, Abbottstown, Dublin.

Longford enjoyed their best ever year at the Community Games National Finals and another Gold medal winner was Funmi Talabi from Edgeworthstown who was first past the post in her tremendous achievement to win the Gold medal in the Girls U-12 100m final at the Sports Campus, Abbottstown, Dublin.

Community Games: Christopher Conaty
Dromard have a proud sporting tradition and the latest star to emerge from the north Longford parish is Christopher Conaty who was in the limelight after his wonderful feat in winning the Gold medal in the Boys U-14 800m at the Aldi Community Games National Finals at the Sports Campus, Abbottstown, Dublin.

Swimming: Darragh Greene
Darragh Greene has brought great honour to his native Longford for all his excellent exploits in the sport of swimming and he set a new personal best in a massive achievement to finish sixth in the final of the 50m Breaststroke at the World University Games in the far east city of Taipei with the UCD swimmer clocking a very fast 27.76 seconds.

Soccer: David O’Sullivan
On a high following the great win over Sligo Rovers in the FAI Cup, Longford Town then went on to achieve a record equalling result since the club were elected to the League of Ireland in 1984. Neale Fenn’s side hammered Athlone Town 7-1 in the First Division clash at City Calling Stadium and the star of the show was striker David O’Sullivan who hit another hat-trick, his third this season against the same neighbouring opposition which is a remarkable achievement. 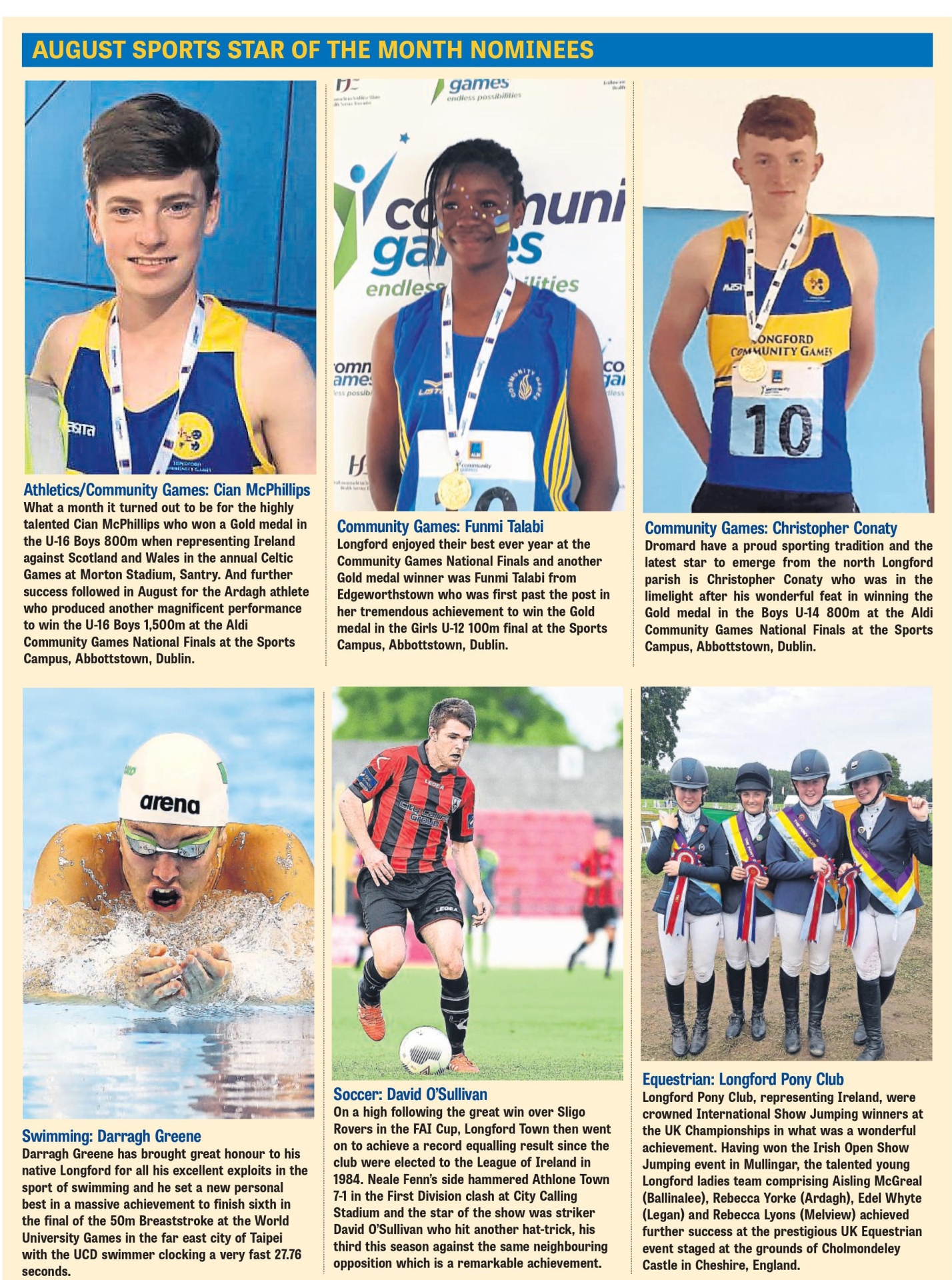