GET VOTING: Ganly's Longford Sports of the Month Award for July

Cian McPhillips, Cian McLoughlin, Cillian Lynn and Kenagh Community Games Indoor Soccer Team shortlisted for the July award and they are looking for your votes 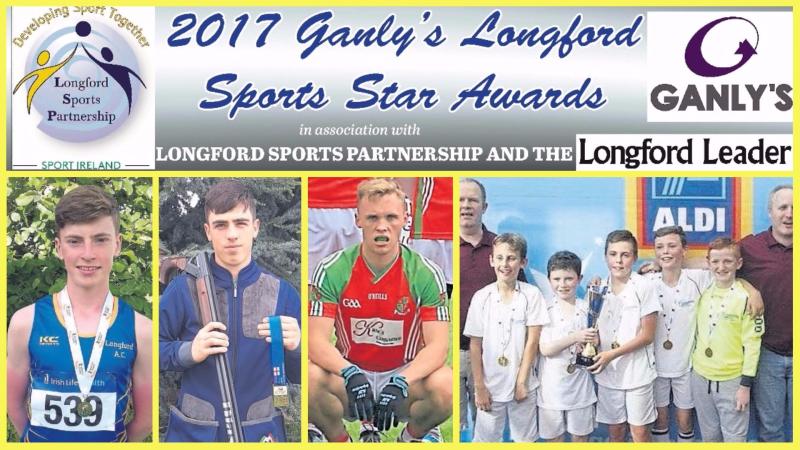 Cian McPhillips, Cian McLoughlin, Cillian Lynn and Kenagh Community Games Indoor Soccer Team shortlisted for the July award and they are looking for your votes.

Rising young athletics star Cian McPhillips won another National title to claim the Gold medal in the U-16 Boys 800m race at the All-Ireland Juvenile Track & Field Championships at the Tullamore Harriers Stadium and produced another tremendous performance to finish second in the U-16 1,500m at the same event in adding a National silver medal to his mounting collection.

For the second year in succession, the very talented Cian McLoughlin from Edgeworthstown won the Under 21 category at the NARGC All-Ireland Clay Pigeon Shoot at the Ardee Sports Shooting grounds in Co Louth. Further success was to follow as he was a member of the 3-man Irish Junior (U-21) team who won the silver medals for Clay Target Shooting at the ICTSF World Championships in England, not forgetting his runner-up finish in the Irish Open by one target.

Cillian Lynn played a leading role in Mostrim’s surprise win over Clonguish in the opening round of the county senior football championship, clocking up the impressive total of 2-5 in proving to be a constant threat in attack. Cillian's cracking second goal in the third minute of stoppage time clinched a great result for the Edgeworthstown side in a dramatic finish.

Longford enjoyed great success at the Leinster Community Games Team Finals in Carlow, winning one Gold and three Silver medals in the various categories. The Gold medals were won by the Kenagh U-13 boys indoor soccer team who beat St Bridget’s, Newbridge (Kildare) 5-4 in a thrilling provincial title decider to qualify for the National Finals. 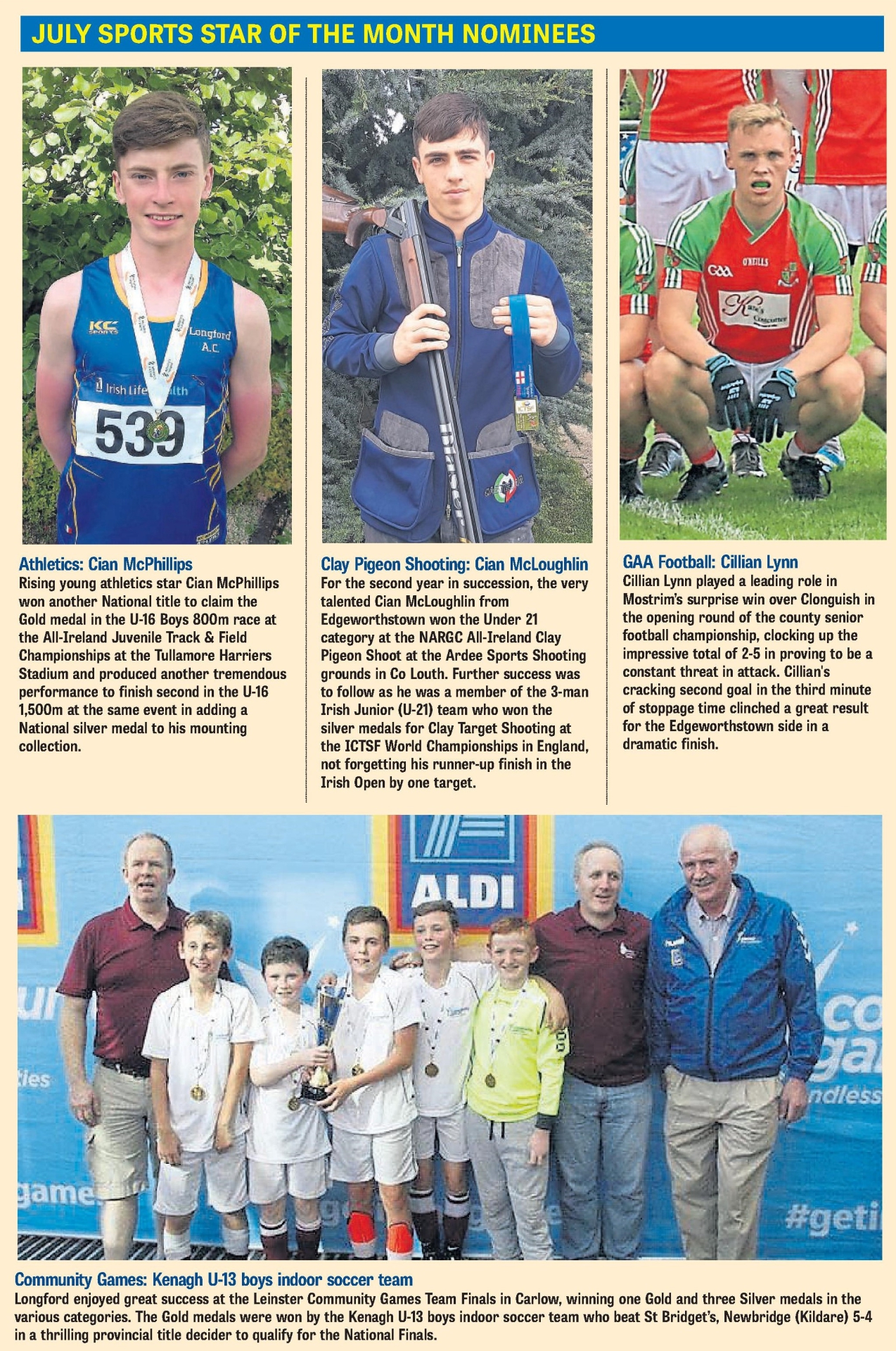