GET VOTING: Four shortlisted for Ganly’s Longford Sports Star of the Month Award for June 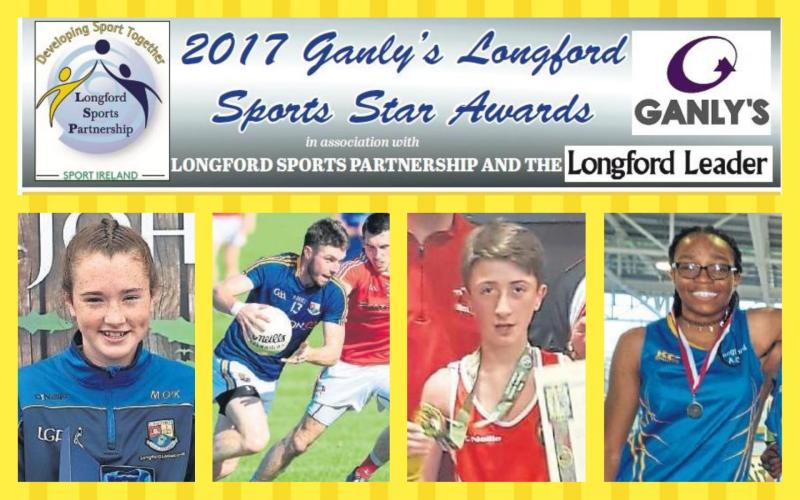 Voting closes at 9pm on Wednesday next, August 2.

Melissa O’Kane, Ardagh St Brigid’s, won the Ladies U-14 All-Ireland Feile Skills competition at Abbotstown, Dublin. A member of the Longford ladies football U-14 team who won the Leinster ‘B’ title in May, Melissa was the only girl from all the counties involved to kick points with both her left and right foot to emerge victorious in the National Feile skills competition.

Robbie Smyth was consistently Longford’s best player this season and he produced another fine performance in the great win over Louth in Round 1A of the All-Ireland Senior Football Championship Qualifiers in Drogheda. The Abbeylara attacker fired over a total of seven points, the highlight of which was a glorious strike from a sideline ball just before the half-time break.

Michael Nugent, the talented young boxer from Longford town, beat Nathan Keenan (Mayfield BC, Cork) in the All-Ireland Cadet Championships at the National Stadium in what was a tremendous achievement. A member of Mullingar Elite Boxing Club, Michael was taking on a three times Irish champion but picked his shots to perfection to win the Irish title.

Yemi Talabi, a member of Longford Athletic Club, collected two Gold medals on Day 2 of the Connacht Outdoor Juvenile Track & Field Championships at Sligo IT. Yemi was first past the post in the Girls U-16 100m sprint and the excellent double was complete when she won the Girls U-16 Long Jump as Longford AC enjoyed tremendous success with a number of other young local athletes among the medals. 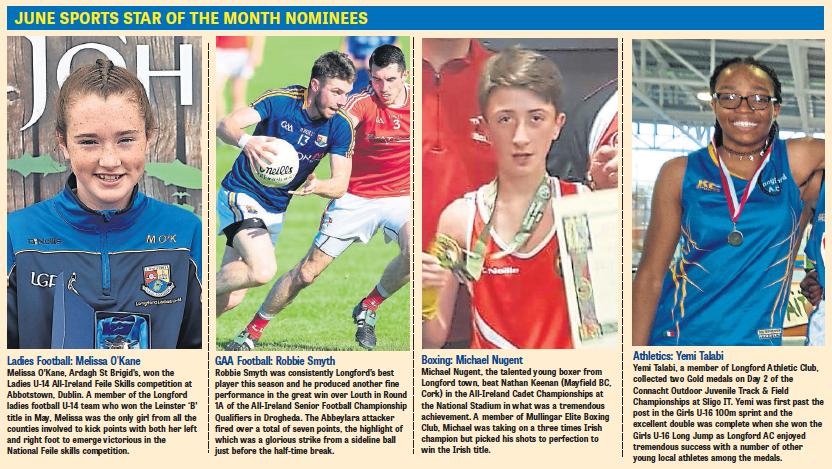 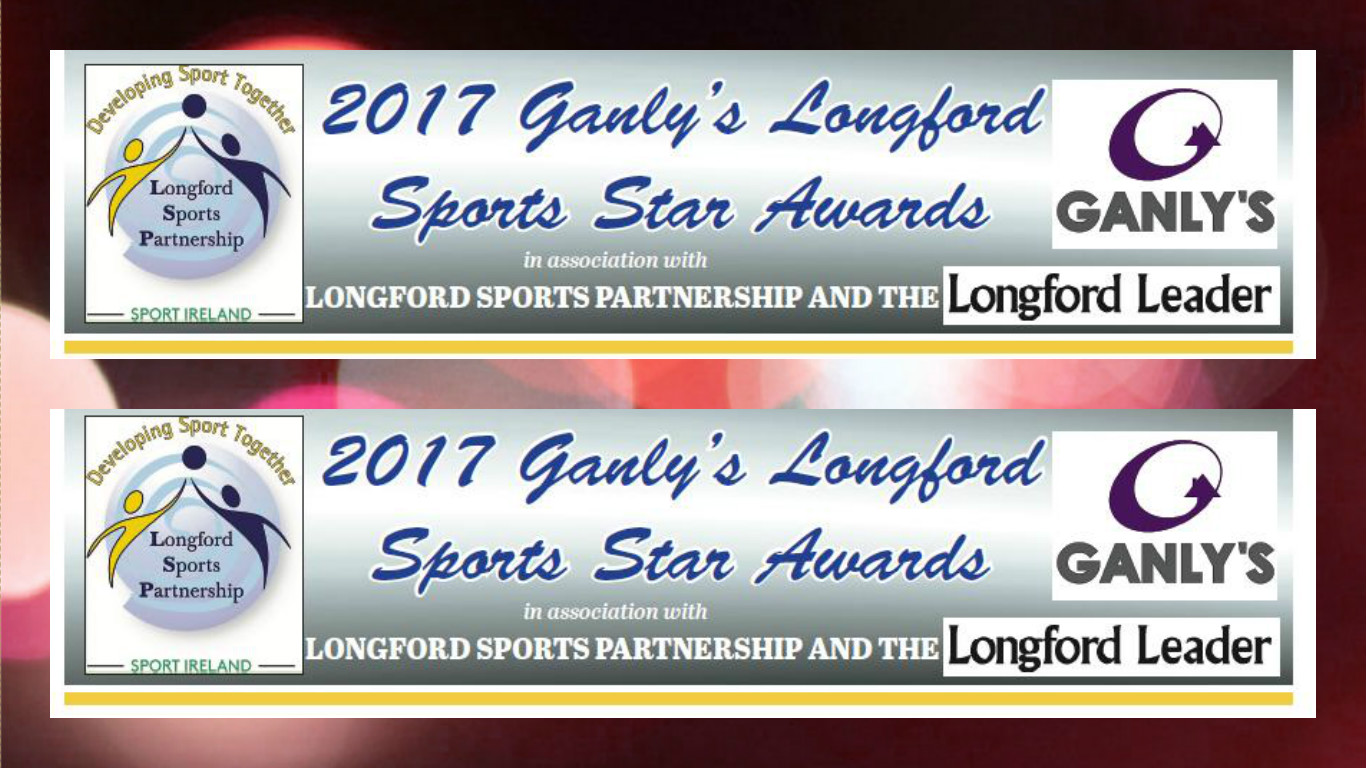