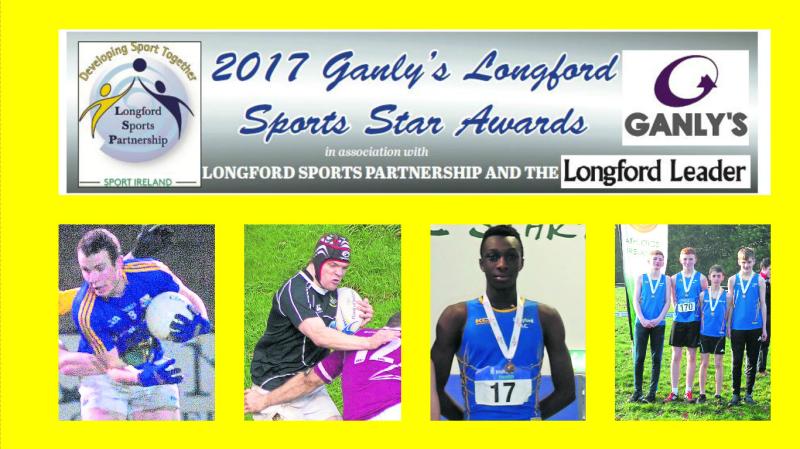 Vote for your Ganly’s Longford Sports Star of the Month Award winner.

Voting closes at 9pm on Wednesday next, June 21.

GAA Football: David McGivney
Mullinalaghta St Columba’s clubman David McGivney produced an excellent performance at centrefield for the Longford U-21s, scoring five points (three frees) against Meath in the Hastings Cup Football Tournament Final at Lynch Park, Abbeylara. The sides were all square at the end of normal time but Longford were eventually beaten after extra-time, 3-10 to 1-14.

Rugby: Hubie Connolly
Longford Rugby Club First XV beat the Tullamore Second XV 23-3 in the first round of the Provincial Towns Cup at CPL Park and one of the try scorers was Hubie Connolly who figured prominently in the emphatic victory.

Athletics: Nelvin Appiah
Nelvin Appiah, a member of Longford Athletic Club, got the season off to a great start when winning the bronze medal in the Youth Boys
U-17/U-18 Pentathlon at the Irish Life Health National Combined Events Championships at Athlone IT International Arena.