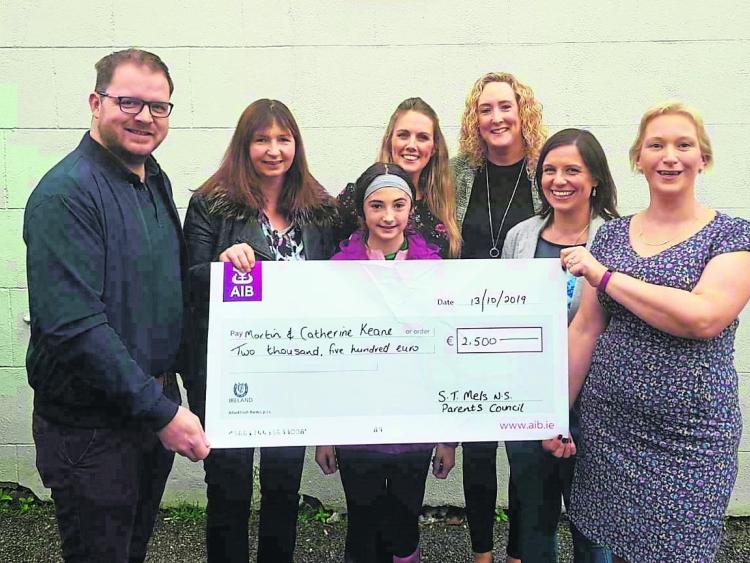 Back in June of this year, St Mel’s NS in Ardagh received the green light from Longford County Council to commence construction of an astro turf pitch.

Back in June of this year, St Mel’s NS in Ardagh received the green light from Longford County Council to commence construction of an astro turf pitch.

With this in mind, a team of fundraisers as part of the St Mel’s NS Parents’ Association got together and recently organised a fundraising family fun day. The event was held on Sunday, October 13, hosted by Lyons pub in Ardagh.

With music from DJ Mick Nash, facepainting, a raffle and plenty of fun and games, the crowds showed up in great numbers to show their support.

Organisers wished to thank everyone who helped out in one way or another.

Jenny Shortt, St Mel’s parents association, said: “We would like to give a special thank you to the businesses and families who kindly donated prizes. We couldn’t have done it without you and a massive thanks to everyone who sponsored the raffle.

“Thank you to Cllr Colm Murray for supporting us and drawing the tickets on the day. A big thank you must also to all of the ticket sellers in school, to Granard mart and the Longford centre for allowing us to sell tickets there and of course, to Pascal Lyons and all of the staff in Lyon’s pub for facilitating our family day.

“And finally, thank you to the PA committee and representatives for all their hard work behind the scenes.” she continued.

The team have now raised a total €25,000 towards their fund, with all funds will go towards the development of an astro turf at the school.

Pictured above is Cllr Colm Murray presenting first-prize of the raffle Catherine Keane with her prize. Also pictured is her daughter, Irene Boylan, Sandra Keenan,  Jenny Shortt and Laoise Dooner.