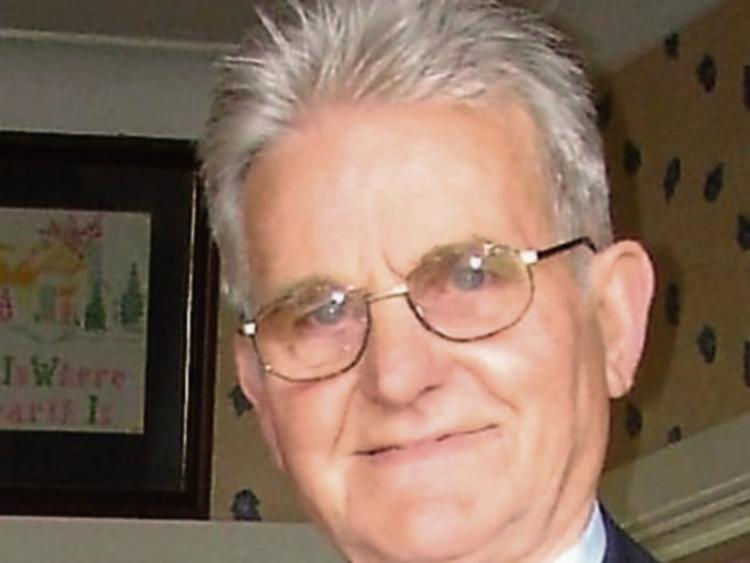 The death occurred on September 14, 2016 of popular Longford town resident, Michael Lynch. Well known through a lifetime’s involved in sport and agriculture in particular, Michael was a man who made friends easily  and this was reflected in the many who joined with his family to pay their final respects.

Whilst his latter years were spent in Longford town and in the shadow of his beloved Cathedral at Templemichael Glebe, Michael was born a proud Killoe man and whilst his travels took him across the Atlantic for a number of years, he never forgot those Killoe roots.

Michael was born in Dernacross in March 1931 and though the family typically celebrated his birthday on March 25, he loved to perpetuate the myth of uncertainty about the actual date and claimed it could have been the 23rd, 24th or the 25th. It was a great insight into man who never took life too seriously and was always looking to find the funny and bright side.

His parents were Mikey and Elizabeth, and he grew up with  his sister Mary, and brothers Peter and John. To those who knew him in his youth he was better known as Sonny Lynch. 1950s Longford wasn’t flush with opportunity  and after an idyllic youth and a reasonable few years as a cattle dealer, Michael sought to pursue his fortune in the USA. His  move across the ocean might have owed something to a chance meeting at a dance in the Temperance Hall with a young lady from the neighbouring townland, Anne Thrapp from Drumnacooha. She was due to sail to the States next  day and it was only a matter of time before Michael too had his passage booked.

The couple were duly reunited in the States and worked hard and were always singleminded in their determination to return home again. In time they did  and the couple bought a farm in the townland of Cranary in the parish of Colmcille. Michael was back on the land, amongst the people he was happiest with and soon he was back travelling the length and breadth of Ireland, buying and selling stock.

For his young family those trips north or south in search of stock and the next deal were always a great adventure. Together they probably travelled to the four corners of the country and it gave them a priceless insight into Irish life but more importantly the make-up of the wonderful man that was their father.

This was a man who struck up conversation easily. He didn't pass anybody without saying ‘hello’ and while he was comfortable discussing any topic, he always came into his own when the subject matter was the GAA. He was happiest behind the wheel of the truck and heading off on another dealing adventure.

Widely travelled, he always had  a special affinity with the county of  Clare and its people. Indeed the connections he made there over the years were reflected in the many from the Banner county who called to visit him after he retired and the many too who came to pay their final respects.

There were four key planks to the life of Michael Lynch – family, God, farming and the GAA. He was  fiercely passionate about the sport and rarely missed a match in Pearse Park regardless of who was playing. He wore the green and white of Killoe proudly and with distinction  but  unusually, he also played with arch rivals, Fr Manning  Gaels, for a number of years.

Fr Pat Lennon concelebrated the funeral mass with Fr Galloogly, and the Drumlish  native noted that it was very unusual to the see jerseys from the two rival clubs on Michael’s coffin. Ever up for the bit  of banter, Michael himself would have delighted in the sight of the two jerseys side by side.  Of course he also had a great affinity with the Colmcille club having lived in the parish for thirty years.

He had a remarkable memory for the great games and could recount the great players and their finest moments at will.  Often he spoke so passionately about these sporting personalities and the big matches, it was if you had been beamed back in time and were there sitting alongside him on the benches in Pearse Park, Clones, O’Moore Park and of course Clonee.

He was a man who lived life to the full  and will undoubtedly have had no regrets. He loved to have a bet on the horses  and always  had a trusted small pen to hand in case he ever happened on a good tip or he was struck by a moment of inspiration.

He had a lovely, gregarious personality and himself and Anne lit up many a dance floor in their day. He was  a decent musician himself and was known to bang out a few tunes on the  bodhrán.

Wherever the Lynch family lived, they never knew the house to be empty or quiet. It was always a great rambling house in the  old tradition and sadly they won’t ever again hear Michael’s favourite refrain as the visitors arrived:  “Annie, put down the kettle!”

Anne was the great love of Michael’s life and they enjoyed their golden years together. They decided to move into Longford town in 1995 and settled into their wonderful new home in Templemichael Glebe. Michael was able to attend Mass each day in St Mel’s Cathedral and he delighted in its refurbishment following the disastrous fire. He took great pride in the building and would have been especially pleased that family and friends were able to gather there for his beautiful Funeral Mass.

He was a kind and gentle man and was never known to speak ill of anybody. He had a simple maxim in that regard: ‘If you had nothing good to say about somebody, then say nothing at all.’

Himself and Anne were wonderful parents and the children grew up in a home full of love and were always encouraged to try new things and be the very best that they could be in life. He delighted in their adventures and in latter years was a great confidante and source of support and guidance for them all.

As the years wore on, Michael and Anne delighted in their new roles as  grandparents. Michael was happiest when the house was full of young laughter and he could tease and cajole the children. He loved his 15 grandchildren and they were blessed to have had him share in their formative years and many important milestones.

Michael fought a long 15-month battle with illness, but through it all his wonderful personality never faded. He took the illness in his stride and never complained.

The community has lost a great character and a familiar figure from the Cathedral and Pearse Park, but alas his passing will be borne hardest by his heartbroken family.