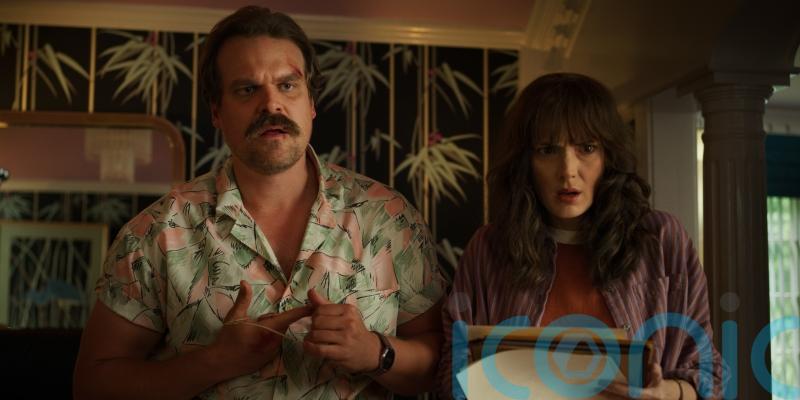 Netflix has announced that a “supersized” fourth series of Stranger Things will arrive in two volumes later this year.

The show will make its highly-anticipated return to screens on May 27 before a second batch of episodes arrives on July 1.

Posting on Twitter, the streaming giant also confirmed the science-fiction drama will end after its fifth season.

There was excitement among Stranger Things fans an hour before the announcement after two surprise images were posted on the show’s official Instagram page.

The pictures were then re-shared by some of the actors in the show such as David Harbour.

The accompanying caption led fans to believe at least some of the next series will take place in Russia, which tallies with previous trailers which show Hopper in what looks like a Russian work camp.

It reads: “001. Russia. Getting the band back together. Bring a jacket.”

Noah Schnapp, who plays Will Byers in the show, commented “AHHHHHHH” and “HERE WE GOOOOOOO” on the images, which thousands of fans also responded to.

The second picture was posted less than 15 minutes later and shows Eleven, played by Millie Bobby Brown, stood in the lab where she was raised.

The lab, however, is badly damaged and a gateway into the alternate universe in the show, known as “the upside down”, can be seen at the other end of the corridor.

The caption reads: “002. The Lab. Every story starts somewhere.”

Both images have the line “every ending has a beginning” at the top, and received hundreds of thousands of responses within 15 minutes.

Harbour posted the first image onto his Instagram, too, with the accompanying caption: “Come and keep your comrade warm. I’m back in the USSR.”

Season four of Stranger Things has been highly anticipated by fans after it was delayed for over a year due to the pandemic.