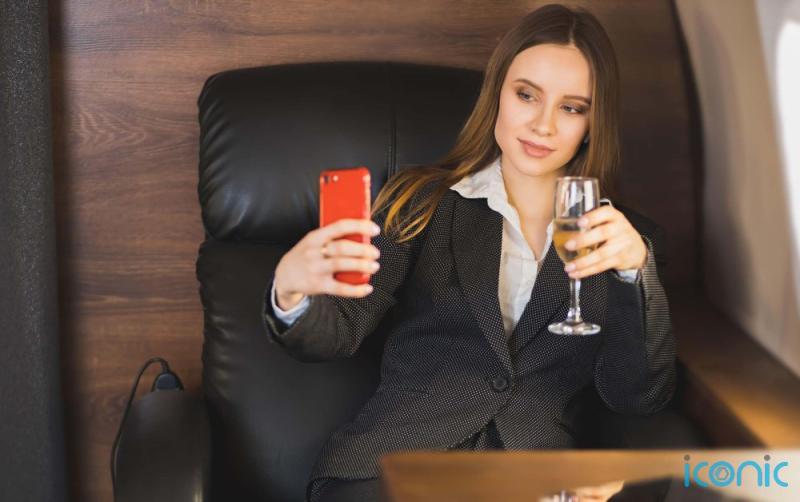 For the last few years con artists have been taking over the true crime genre, from dramas and documentaries to podcasts and books, with fans gripped by shocking tales of complex and long-running scams.

Gripping six-part podcast Sweet Bobby told the story of a bizarre, decade-long catfishing case; Netflix series The Puppet Master documented a sinister conman wreaking havoc on the lives of his victims, and The Tinder Swindler (also on Netflix) exposed a fraudster luring women into his web of lies.

The newest addition to the genre is Inventing Anna, the long-awaited drama series based on the true story of Anna Sorokin, played by Ozark star Julia Garner.

Sorokin went by the name Anna Delvey, posing as a wealthy German heiress to scam banks and friends out of thousands of dollars.

But why are we so fascinated by shady characters and the people they exploit?

Offering the intrigue of a whodunnit but without (usually) a murder, these binge-worthy series are, first and foremost, hugely entertaining.

“The brain derives pleasure out of being amused – especially when it knows it is in a safe environment, such as on the sofa when watching Netflix,” says Dr Audrey Tang, psychologist and author of The Leader’s Guide To Resilience. “A story about a successful scammer will likely entertain us as much as it will inform us.”

When multimillion pound scams are involved, the stories are often glitzy and glamorous, giving us “insight into places that we might never have seen before”, she adds. “Escaping into an on-screen world or exciting book chapter can give us a moment of respite.”

And if there’s a happy ending, even better, says Ieva Kubiliute, wellness psychologist at Olio Lusso (oliolusso.com): “People who side with the victim feel happy and satisfied when fraudster falls in the hands of the law. These pleasurable feelings improve our movie experience, and general wellbeing.”

Judging by online comments, viewers tend to fall into one of two camps when it comes to financial scams: those who feel sorry for the victims, and those who wonder how they ever fell for such obvious tricks.

“Although most of us sympathise with characters who fall for the scam, the feeling ‘it will never happen to me’ [is common],” says Kubiliute.

“In the case of The Puppet Master, the situations the victims found themselves in were, hopefully, those which many of us will never experience, and we can feel an (albeit unconscious) sense of gratitude as we watch,” says Tang. “Or if we have ourselves been conned or scammed in the past, we may think ‘At least it’s not just me’.”

There’s a reason for that ‘edge-of-your-seat’ feeling, or the tears you shed when watching a captivating story – it’s because your brain interprets the experience as if it is really happening.

Tang explains: “Although the cerebral part [of the brain] reminds us we are merely an audience, we do experience emotion as we watch anything, and what we see on TV – especially in a true crime story – may be more emotionally charged than horrors, romances or comedies, because we believe it to be ‘real’.”

Discussing the on-screen action also gives us a way to examine and interpret our own and others’ behaviour. For instance, you could ask: ‘Would you have loaned Anna Delvey the money?’

“It’s a bit like the proverbial ‘asking for a friend’,” says Tang. “We can be incredulous, frustrated or full of admiration, and the more we talk, the more we can gauge what is acceptable and not acceptable types of behaviour in our own social circles.”

Learning the tricks of the trade

A bit like the safety videos you had to watch in school, these dramas and documentaries can act as cautionary tales.

“Learning the tricks of fraudsters, con artists and scammers can help us cope,” says Kubiliute, especially as we could “easily find ourselves the victims of [similar] circumstances in real life”.

Tang adds: “I will sometimes take the analysis a little deeper, and look at the emotional states that make us most likely to fall prey to such circumstances. For example, if you recognise one of the characters in a scam drama was ‘so desperate’ at the time, we could then use this to educate ourselves and think twice – especially at the times when we ‘really want’ something, or feel down and need to be ‘picked up’. Those are the times at which we are most vulnerable.”