Tonight on Love Island: Romance at last for Hugo with new girl AJ? 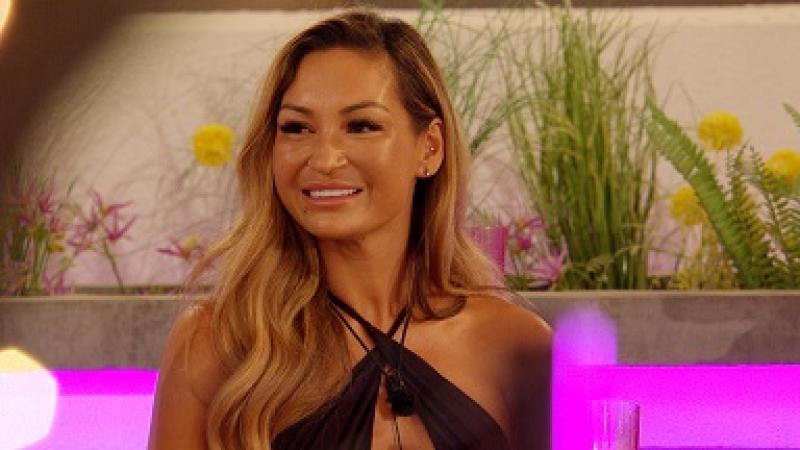 Bombshell AJ arrived at the Love Island villa last night - and tonight she wastes no time in getting to know the boys. Speaking to Hugo on the sun deck, AJ says: “You’re a very good looking guy and you’re lovely.”

Hugo says: “It’s nice that someone else has come in.”

AJ says: “Although you say you’re nice and don’t get me wrong, you’re nice! Sometimes the good ones are the dark horses.”

Hugo says: “You’ve got to keep some stuff back.”

AJ says: “You’re keeping that stuff for the right person.”

Could AJ be Hugo’s right person? 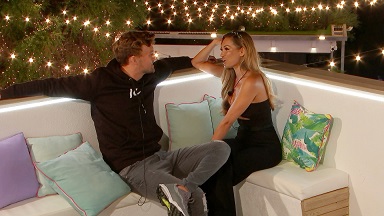 The next day, AJ asks Teddy for a chat. AJ says: “Tell me about you. I think you mentioned that you like adventure.”

The pair are getting to know each other and Teddy asks: “Are you big on spirits and star signs and stuff?”

AJ says: “I’m a big star sign person and I don’t want to find out what yours is because I’ll judge you!”

But AJ soon asks: “What is your star sign?”

AJ says: “Is it? That’s actually my most compatible sign. I’m a Sagittarius. All my best relationships have been with Aries men.”

Speaking in the Beach Hut, Teddy says: “It was interesting to have Faye in my mind because I haven’t made things official with Faye. AJ is definitely someone I’d be looking to certainly speak to and get to know more about. There is a good old mystery and intrigue there which is always enticing isn’t it?”

Will the stars align for Teddy and AJ? Or will Teddy continue getting to know Faye?

LUCINDA PULLS AARON FOR A CHAT

Now Brad has left the Villa, Lucinda has been left single but it appears another boy has his eye on her.

Speaking at the fire pit with Aaron, Lucinda asks: “What do you think of AJ?”

Aaron says: “She’s a nice girl. Honestly, I’d prefer to get to know you.”

Speaking in the Beach Hut, Aaron says: “I’m very attracted to Lucinda. She’s a beautiful girl. We have this little thing where even if we’re in a group, it’s like a lingering eye contact and little smile. I don’t think she has that with other people.” 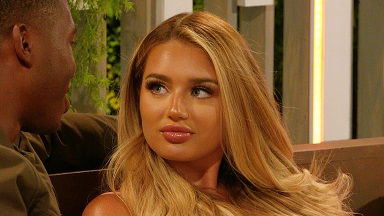 Speaking in the Beach Hut, Lucinda says: “Aaron is definitely someone I’d like to get to know more. We do have a good connection.”

Is Lucinda ready to move on?

A NEW BOMBSHELL IS SET TO ENTER THE VILLA

The Islanders get glammed up for the evening and while in the garden, Kaz receives a text which reveals there’s a new bombshell on the way who has chosen two girls to date - and she’s first.

The girls help Kaz prepare for her date as she heads out of the Villa to meet the new arrival for the first time.

Will sparks fly between the pair on their date?