From true crime documentaries to comedy - What's new on Netflix 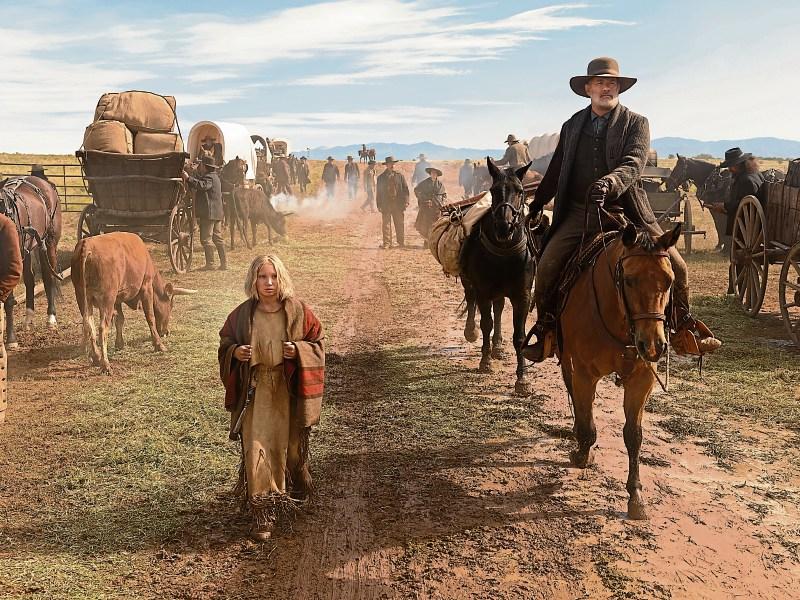 From true crime documentaries to comedy - What's new on Netflix

From true crime documentaries to comedy and Netflix originals, there's something for everyone this spring on Netflix.

And in other Netflix news and in case you have been living under a rock, fans of series Bridgerton will be happy to hear that the show has been renewed for a Season 2!

The new series will begin filming shortly and this season will focus on Anthony Bridgerton, the viscount in the Bridgerton family.

No release date has been set yet so for now entertain yourself with Netflix's February releases.

This series stars Katherine Heigl and Sarah Chalke and is based the New York Times Bestselling book.

Sam Levinson teams up with Zendaya and John David Washington for an achingly romantic drama in which a filmmaker (Washington) and his girlfriend (Zendaya) return home following a celebratory movie premiere as he awaits what’s sure to be imminent critical and financial success. The evening suddenly takes a turn as revelations about their relationships begin to surface, testing the strength of their love. Working with cinematographer Marcell Rev, Levinson creates a film of rare originality; an ode to the great Hollywood romances as well as a heartfelt expression of faith in the medium's future.

Crime Scene: The Vanishing at the Cecil Hotel

From director Joe Berlinger (CONVERSATIONS WITH A KILLER: THE TED BUNDY TAPES, PARADISE LOST), CRIME SCENE: THE VANISHING AT THE CECIL HOTEL is the first season in a new documentary series that deconstructs the mythology and mystery surrounding infamous locations in contemporary crime. For nearly a century the Cecil Hotel in Downtown Los Angeles has been linked to some of the city’s most notorious activity, from untimely deaths to housing serial killers. In 2013 college student Elisa Lam was staying at the Cecil when she vanished, igniting a media frenzy and mobilizing a global community of internet sleuths eager to solve the case. Lam’s disappearance, the latest chapter in the hotel’s complex history, offers a chilling and captivating lens into one of LA’s most nefarious settings.

News of the World

Netflix and Universal Pictures are proud to present Tom Hanks starring in News of the World, a moving story written and directed by Paul Greengrass, reuniting for the first time with his star from their 2013 Best Picture nominee Captain Phillips.

Five years after the end of the Civil War, Captain Jefferson Kyle Kidd (Hanks), a veteran of three wars, now moves from town to town as a non-fiction storyteller, sharing the news of presidents and queens, glorious feuds, devastating catastrophes, and gripping adventures from the far reaches of the globe.

In the plains of Texas, he crosses paths with Johanna (Helena Zengel, System Crasher), a 10-year-old taken in by the Kiowa people six years earlier and raised as one of their own. Johanna, hostile to a world she’s never experienced, is being returned to her biological aunt and uncle against her will.

Kidd agrees to deliver the child where the law says she belongs. As they travel hundreds of miles into the unforgiving wilderness, the two will face tremendous challenges of both human and natural forces as they search for a place that either can call home.

News of the World is directed by Greengrass (the Bourne films, United 93) from his screenplay with Luke Davies (Lion), based on the National Book Award finalist and best-selling novel by Paulette Jiles. The film is produced by Gary Goetzman (Mamma Mia! franchise, Greyhound), Gail Mutrux (The Danish Girl, Donnie Brasco) and Gregory Goodman (22 July, 8 Mile). The executive producers are Steven Shareshian and Tore Schmidt.

Red Dot is a Swedish action thriller set in the Swedish mountains and follows David and Nadja, a couple in their late twenties, who've been struggling with their marriage. When Nadja becomes pregnant they make an attempt to rekindle their relationship and decide to travel to the magnificent expanses in the north of Sweden for a ski hike. But after what started as a quarrel with two local hunters, their romantic trip slowly turns into a nightmare. Soon, a red laser dot appears in their tent and they are quickly forced to flee into the cold, unforgiving wilderness. Totally isolated in the mountains, they are now being pursued by reckless shooters. Meanwhile, during this sadistic hunt, the couple’s past also comes back to haunt them.

To all the boys: always and forever

This film is the third and final installment in the To All the Boys I've Loved Before film series.

As Lara Jean Covey prepares for the end of high school and the start of adulthood, a pair of life-changing trips lead her to reimagine what life with her family, friends, and Peter will look like after graduation.

Animals on the Loose: A You vs. Wild Movie

Bear Grylls returns with Animals on the Loose: A You vs. Wild movie, an exciting 90 minute interactive movie for the whole family. The protective fence surrounding a wildlife sanctuary has mysteriously suffered a breach, and now animals are on the loose. Bear is called in to help rescue a mischievous baboon, track down a hungry lion, and fix the fence before any more animals get out. Three urgent missions await you with only so much time and Bear needs your help. With the possibility of completing a secret mission, each decision impacts this interactive adventure, so make your choices count!

Simona Brown plays Louise, a single mother who has an affair with her psychiatrist boss David (Tom Bateman). Her life takes a strange turn when she later befriends his wife Adele (Eve Hewson), and she finds herself caught in a web of secrets and lies where nothing is what it seems. Also starring Robert Aramayo, Behind Her Eyes is produced by Left Bank Pictures (The Crown) and written by Steve Lightfoot and Angela LaManna, based on the best-selling novel by Sarah Pinborough.

This documentary feature tells the story of iconic footballer Pelé, his quest for perfection and the mythical status he attained. As well as unprecedented interview access to Pelé, the film includes astounding archive footage and interviews with legendary former team-mates including Zagallo, Jairzinho and Rivellino. The story looks back at the extraordinary 12-year period in which Pelé, the only man to win three World Cup titles, went from young superstar in 1958 to national hero in 1970; a radical yet turbulent era in Brazil’s history. PELÉ is directed by David Tryhorn and Ben Nicholas.