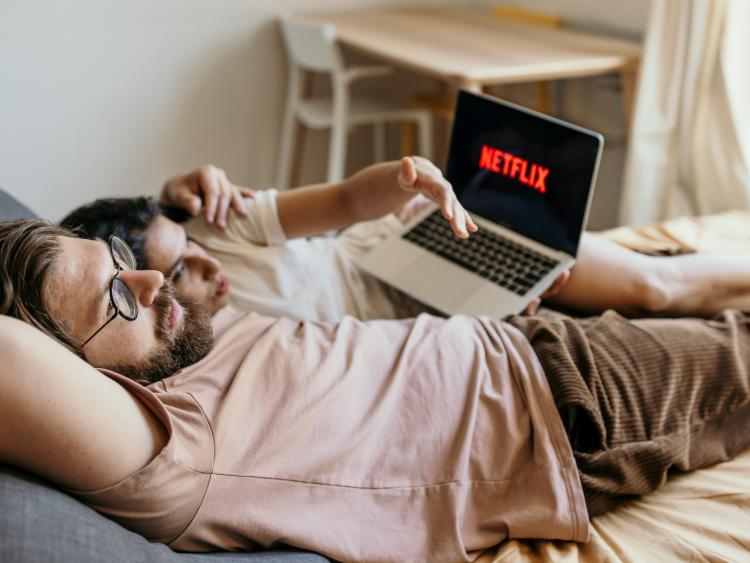 Here's our selections for the five best new shows and movies arriving to Netflix this weekend.

On the streets of New Orleans, word begins to spread about a mysterious new pill that unlocks superpowers unique to each user. The catch: You don’t know what will happen until you take it. While some develop bulletproof skin, invisibility, and super strength, others exhibit a deadlier reaction. But when the pill escalates crime within the city to dangerous levels, a local cop (Joseph Gordon-Levitt) teams with a teenage dealer (Dominique Fishback) and a former soldier fuelled by a secret vendetta (Jamie Foxx) to fight power with power and risk taking the pill in order to track down and stop the group responsible for creating it.

Socialite Betty Broderick hits a homicidal boiling point during a bitter divorce from her unfaithful husband. Based on the headline-making crime.

The Invention of Lying (Now on Netflix)

In a world where no one fibs, a screenwriter gains fame and fortune - and maybe teh girl of his dreams - by saying things that aren’t true. Starring Ricky Gervais, Jennifer Garner and Jonah Hill.

Jackass: The Movie (Now on Netflix)

GAME ON: A Comedy Crossover Event  (Now on Netflix)

This dystopian thriller returns for another season.  In the last season of the show, the conflict between the Shell and the Offshore is wide open and war is imminent. But while Process 108 begins under a new and even more aggressive leadership, members of the Shell are invited to a diplomatic visit to the Offshore. The peace proposal is the excuse for the destruction that will define the future of this divided world.

(Un)Well is a six-part docuseries that investigates controversial wellness fads. Each episode dives deep into trends and treatments that catch on like wildfire but that inspire both passionate support and deep scepticism. Topics include apitherapy, essential oils, breast milk, extreme fasting, ayahuasca, and tantric sex. The series will explore all sides of the topic –from what hurts to what works.

Octonauts & the Caves of Sac Actun  (Now on Netflix)

The Octonauts embark on an underwater adventure, navigating a set of challenging caves to help a small octopus friend return home to the Caribbean Sea.