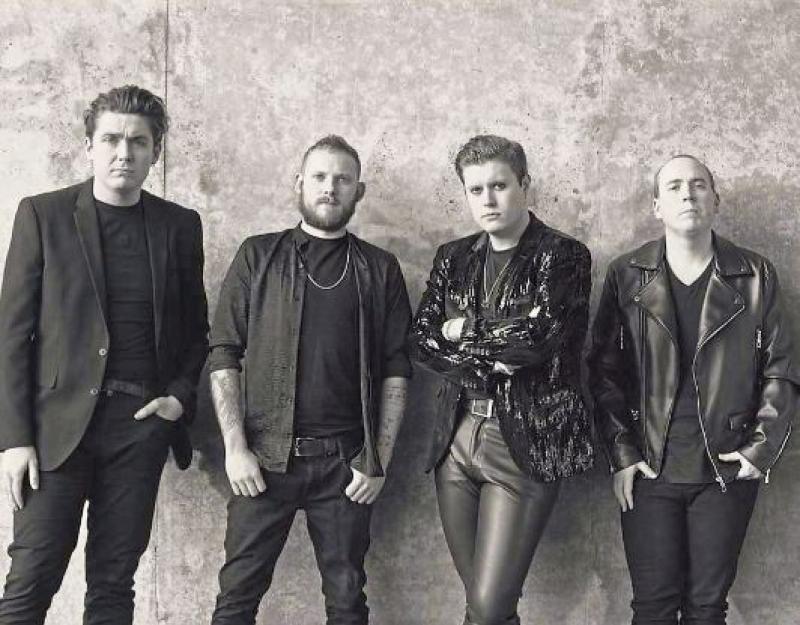 Popular Irish band, State Lights, will headline a gig in the Button Factory in October

On Saturday, June 29, State Lights posted a very special recording to celebrate PRIDE 2020. The song they chose was the Bronski Beat classic, Smalltown Boy, and the reaction since has been sensational.

Deserved compliments followed the post on the band’s social media platforms. In fact, the performance received a clear thumbs up from Jimmy Somerville also who said; “What a wonderful cover of Smalltown Boy”.

The video also exceeded 30,000 views in just three days. Collectively it’s a sensational version of the song by the four-piece. However, lead singer Shobsy’s vocals shine through yet again.

Shobsy has to be one of the best male vocalists in the country at this time, his range is off the scale and his overall performance shines every time.

Earlier this summer State Lights’ most recent single, Don’t Make Plays On My Heart was received very positively including in the UK; Record Of The Day week of release referred to the track as “a gloriously anthemic track, complete with addictive guitar hooks and vocals”.

Indietronicis equally passionate in its compliments; “Don’t Make Plays on My Heart grabs our attention from the outset, hitting hard with some solid drums, before laying down a luscious and quite frankly filthy bassline."

The band’s rescheduled headline show originally planned for April is now scheduled to take place on Thursday October at the same venue, The Button Factory. This headline follows the band’s sold out Whelan’s main room show last October, which was followed by a hugely successful London live debut at The Islington in November.

Don’t Make Plays On My Heart followed the double-A from earlier this year featuring the band’s original Let You Go and yet another sublime cover, The Blue Nile’s Tinseltown In The Rain.

The single was picked up on service by RTE 2FM’s flagship breakfast show as its single of the week and enjoyed support also from Independent radio including FM104, Spin1038, KCLR and others.

Since March we have all being following WHO and our government’s advice relating to Covid-19; the Stay at Home, Stay Safe restriction period.

During this time State Lights have being busying themselves with some home performance recording also. You can find them on the band’s social media pages.

Over the last twelve months the band’s trajectory seems to have deservedly increased a gear or two. From highlight slots on national radio here at home such as artist of the week on RTE 2FM, Homegrown Hero on Today FM’s Dermot & Dave show to performing on the country’s biggest television entertainment chat show (and the longest running in the world), The Late Late Show.

In recent times, the band has also tallied substantial airplay and support from KROQ Los Angeles, Radio X (UK) and a host of other International radio stations.

This positive uptake resulted in a slot at the prestigious Electric Arena Stage at Electric Picnic 2019, where they shared the stage with The Kooks, St Vincent and Cigarettes after Sex. This was followed upwith support slots with The Fratellis and The Academic.

State Lights formed three years ago at BIMM College in Dublin. Bonding over a shared interest in classic pop music and a common desire to write big stadium sized songs the guys decided to work on a music project.