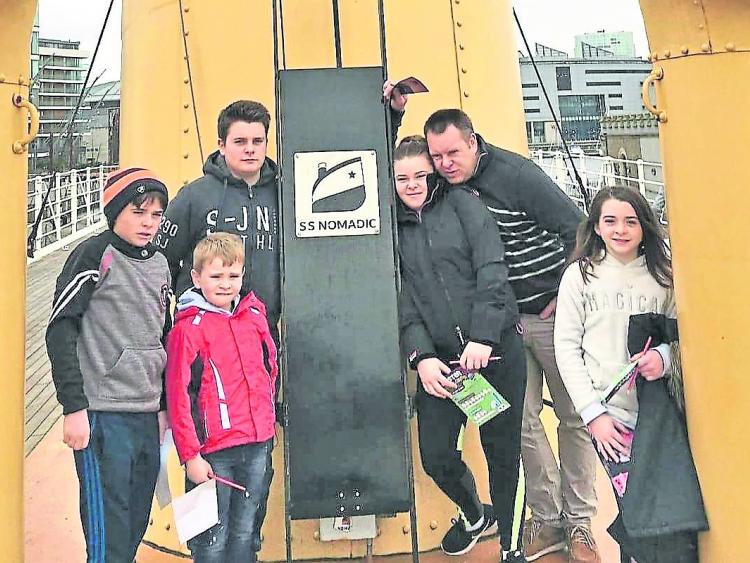 The late Mick Luby is pictured with his five children Mikey, Ciara, Lauren, Anthony and Conor

A fundraiser for the family of the Late Mick Luby, Cloone will take place this Saturday, February 29 in Mohill.

A Benefit Dance will take place in Clarke's Hotel, Mohill on Saturday at 9pm.  Music by Busy Fingers. Tickets are on sale for this event:  enquires to 086 0526324 or by contacting any committee member  or by donation at the door on the night.
Your support will be greatly appreciated.

On Monday, October 7 2019, Mick was rushed to Sligo General hospital and within a few hours, Mick was diagnosed with Acute Promyelocytic Leukaemia (APML), a rare sub-type of acute myeloid, leukaemia.

Mary, his partner and his children learned this heartbreaking news as the Consultant Haematologist explained statistics, that only 6 in 10 million get a diagnosis of APML but just 1 in ten have a chance of survival.

To give Mick every chance of survival, he was transferred to Beaumont hospital, but by Tuesday, October 8, Mick had gone to his eternal reward.

The late Mick Luby grew up in Moyne, Co Longford, but his heart took him to Cloone where he met Mary. Living in Cloone for more than 20 years, his life was centred around Mary and his five children.