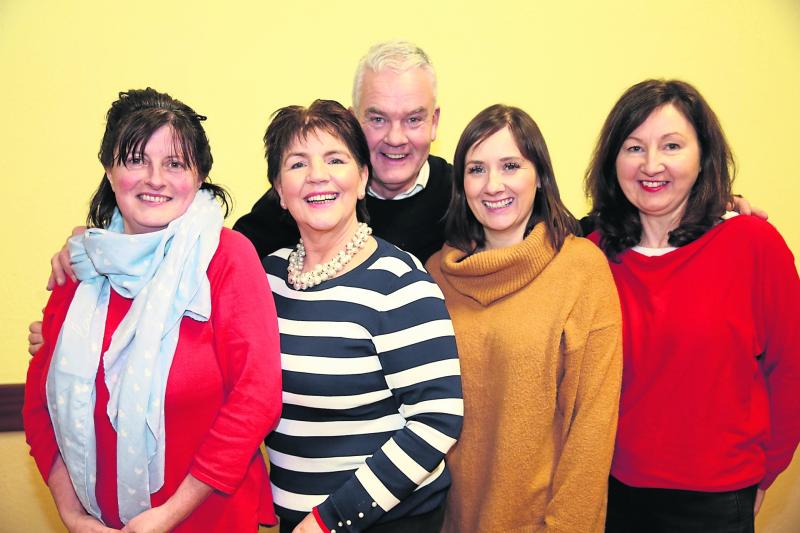 After the resounding success of their recent two night run with two one act plays, What’s for Pudding? and Lucy in the Sky, the Cilloe Yew Tree Players are delighted to be back in rehearsals, preparing to bring this wonderful night of drama back to the stage one more time, not to their usual venue in Ennybegs but to the fabulous Cornmill Theatre in Carrigallen.

“The audience response to the two plays was unbelievable,” said chairperson of the Cilloe Yew Tree Players, Michael Dunne.

“It really is a wonderful night of drama taking the audience through the side-splitting antics in the first play, What’s for pudding?, and then on to the emotional and very moving Lucy in the Sky.

“We are very proud of the two casts and their directors on their remarkable efforts, bringing both of these plays to the stage, and after such positive feedback from the audience, we are very excited to be taking them back to the stage one more time in the lovely surroundings of The Cornmill Theatre.”

The first play, What’s for Pudding?, written by David Tristram and directed by Pat Joe McLoughlin is a modern day play, which follows the hailarious antics of two aggravated coupled along with their neighbour Dennis.

Mary and Jack played by Sinead McCormack and John Fitzsimmons are preparing themselves for another dull Saturday evening when the door bell rings unexpectedly.

What follows is a series of anarchic comic revelations as we meet their friends Ted and Maureen, played by Nicole Rowley and Ollie Keogh, the four friends proceed to get on the wrong side of a bottle of whiskey.

Their antics are witnessed by a bemused Dennis, played by Eoghan Smith who only stopped by to order new trousers from Mary’s catalogue but ends up with more then he bargained for.

The second play, entitled Lucy in the Sky, written by Tony Layton and directed by Damien Bennett, is set in an inner city hostel for the homeless and features an all female cast.

On a cold winter’s night, each has their own reason for being there. This forty minute play is a sensitive portrayal of women with problems. Two of the women are having to come to terms with traumatic recent events, which have shattered their lives.
The main character, Wendy, cannot forget her failing because once a year for fifty years she has been vividly reminded of a tragic event in her life.

This play doesn’t pull any punches; it’s life on the edge and in the raw. It portrays a very realistic catalogue of events, which could take place in any women’s shelter in any town in any in any area. For the moment at least, going home just isn’t a realistic option for these women.

Characters include Gloria, a middle-aged social worker played by Mairead Moorhead, Wendy, a long term homeless woman played by Mary Mahon, Meg, middle-classed and not used to life on the streets is played by Carmel Kennedy, and Alexia, a nineteen-year-old from a professional family background but with an explosive story to tell is played by Joanne Dunne.
Due to adult themes, this play is advised for over 16s only.

If you missed these two plays first time round now is your chance to see it one last time.

The night of two one-acts will take place on Saturday, February 1, at the Cornmill Theatre, Carrigallen. Doors open at 8pm with curtain at 8.30pm.