The Wizard of Longford returns to Backstage 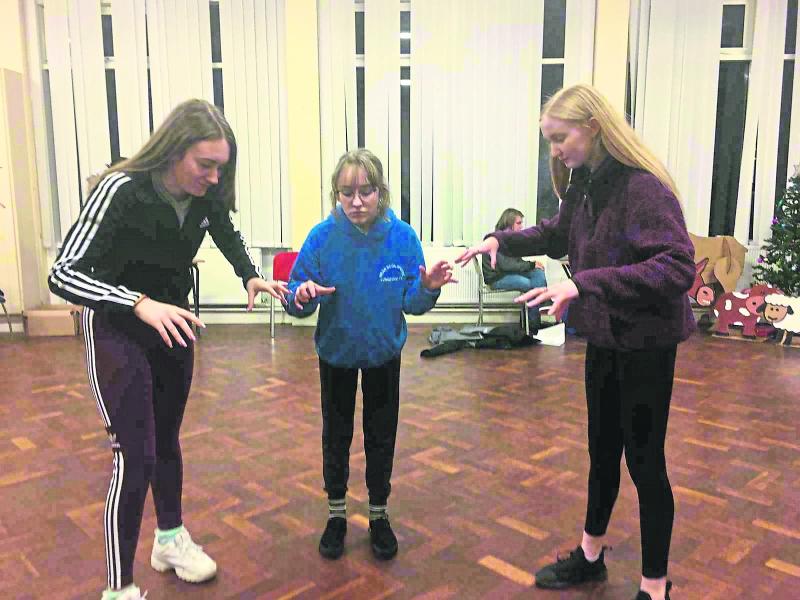 Cast members in full rehearsal mode for BYT panto, The Wizard of Longford

As the Christmas festivities draw to a close for many, an excited group of 39 local young people are busy putting the finishing touches on this year’s BYT Panto.

Backstage Youth Theatre has long been a stalwart part of Longford’s theatrical furniture and the year 2020 will see the group both celebrate their 25th anniversary and unveil their 10th annual pantomime.

To mark the occasion, the group have endearingly re-imagined their first original panto, The Wizard of Longford, and will present it to modern Longford audiences this January, now 10 years on.

A young girl falls asleep one night, blissfully unaware that her whole world is about to change. She wakes the next morning to find that she has been transported to a strange land - the strange ol’ land of Longford!

This January, you’re cordially invited to Backstage Theatre to make friends with her adorable dog Dodo, the mighty Ironman, Leo the Lion, Wurzel the Scarecrow - and hopefully not The Wicked Witch!

The cast and crew of The Wizard of Longford are also delighted to be presenting their second annual Sensory Friendly Pantomime this February, for children with additional needs.

Backstage Youth Theatre is run by a group of local volunteers on commitment, generosity and a love for artistic expression with Director Paul Higgins at its helm.

Members between the ages of 13 and 18 pay just €10 a year, giving them access to a wide spectrum of theatrical education: from lights and sound technology to dance, singing, acting, directing, writing and stage management.

In BYT, members are constantly encouraged to create their own work, be that music, dance, script or character work so that the show that the group presents is always the product of a collaborative ensemble rather than the vision of a single director.
Membership of BYT also includes membership to their umbrella organisation, Youth Theatre Ireland.

This gives BYT members the opportunity to audition for the bi-annual National Youth Theatre production performed on the national stage, of which BYT are proud to boast eight alumni, most recently Daniel Penrose.

Every second year, BYT members also enjoy YTI’s National Festival of Youth Theatres which is a week of workshops, friendship forming and creative fun held in Kilkenny College during summer.

In conjunction with Backstage Theatre, BYT members are also given access to free workshops with Ireland’s leading Theatre Professionals such as Brian Burrows, Louis Lovett, Fidget Feet Aerial Dance Company, Maisie Lee and many many more!

Not to mention that every summer a BYT cast spends two months devising a production with a leading professional director. For example, the 2019 production of Animal Farm directed by Andy Crook. It’s hardly surprising then, that so many BYT alumni go on to make huge waves in the theatre industry!

Backstage Youth Theatre would like to thank all of their friends and fans in Longford and the surrounding areas for their undying support over the last ten years. It’s thanks to the success of their annual Pantomimes that Backstage Youth Theatre can continue to provide a safe, stimulating environment in which the Longford’s creative talents of tomorrow can grow and inevitably, flourish. We look forward to seeing you in January - Oh yes we do!

The Wizard of Longford will run in Backstage Theatre Longford from Friday 24 to Sunday 26 January, and Friday, January 31 to Saturday, February 1.

Fridays at 8pm and matinees on Saturday and Sunday at 3pm. Tickets on sale from the Backstage Theatre Box office in person or by phone on 0433347888, in Farrell and Coy and at backstage.ie.