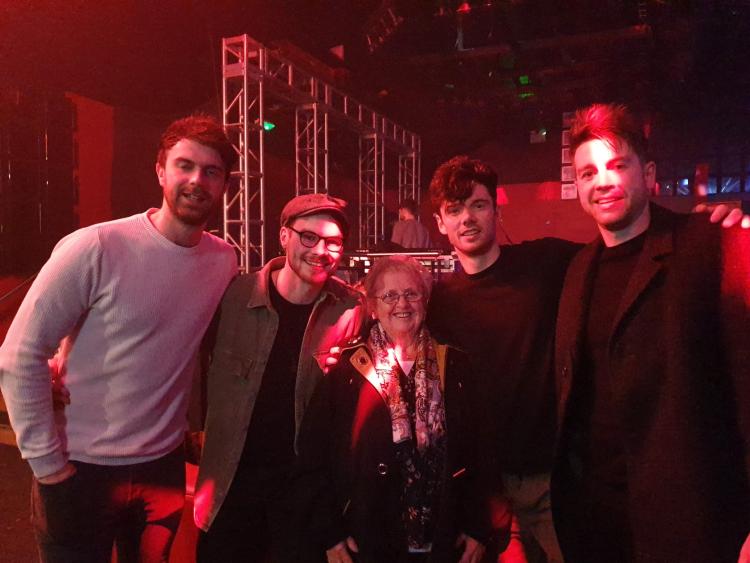 84 year old, Nancy, who is young at heart, got a shout-out as the oldest person at the band's gig and several people went up to meet her as she posed for selfies after the show.

Nancy, indeed, just might be the oldest person to have ever been at a gig in the famed Blazers nite club!

Nancy, who is from Harrogate in North Yorkshire is over on holidays with family in Granard.

She is a big fan of the Longford band having been introduced to them by her granddaughter Deniese.

One for the mantle piece ☝

We’re off to batter the heads off each other to decide who gets to keep it #numberone #numerouno #whitepinkandblue pic.twitter.com/LBSqWJyRsU

She is hoping Brave Giant make a trip to Leeds in the near future where she'll have her dancing shoes ready.

It goes to proof that top bands appeal to all ages!

Fantastic night. Gran ended up being the star of the show with people coming up to her after the gig. Thanks to the lads for the shout-out ❤ pic.twitter.com/CKeM70t8i4