‘World of Dreams’ the theme of Longford Variety Show 2019 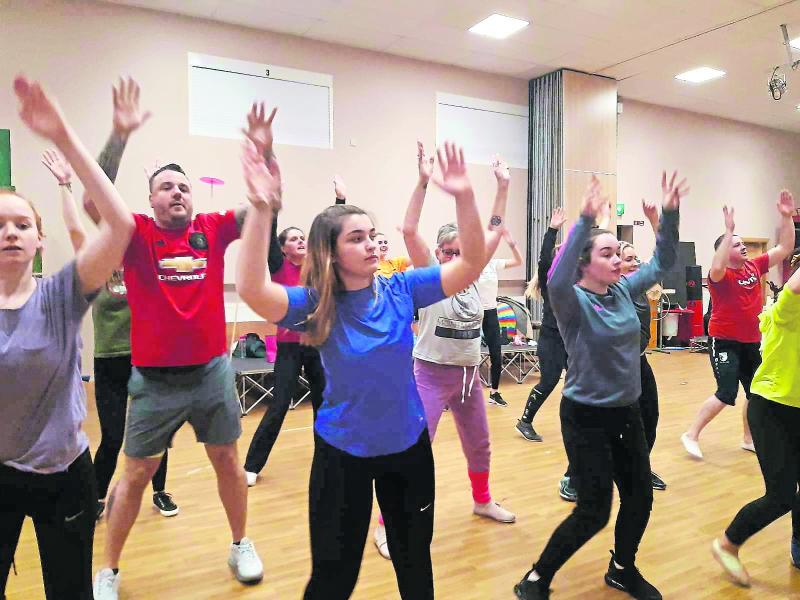 Members of the Longford Variety Group during recent rehearsals for this year’s Variety Show, which takes place from November 14 to 16

Longford Variety Group are busy rehearsing for this year’s performance, which will take place at the Backstage Theatre from November 14 to 16 with the theme World of Dreams.

The show has been running annually for the past 21 years and has only gotten bigger and better as it expands its reach to newer generations in Longford - all while keeping the older fans who have been enjoying the show all along.

Brian Murray is the director of the show for the 21st year and is looking forward to showcasing the talent that Longford has to offer.

Fintan Farrelly is once again working hard to help the performers to get their vocal harmonies perfect for the big show, while Penny Barry is working on the choreography for this year’s dance performances.

In addition, Chloe Brady has workshopped one of the scenes in the shows, helping to get it perfect for opening night. She'll also be doing her own showcase and is preparing a hip hop dance piece for the show.

Once again, John Kelly is spearheading the comedy acts, so a hilarious night is on the cards for anyone looking for good quality entertainment.

Also on the agenda for the night are performances of Bat Out of Hell, Joseph and his Amazing Technicoloured Dreamcoat and Motown the Musical to name a few.

And, as this is a community show, local talent such as Longford School of Rock and the Killoe Ballad Group will also be performing.

So whatever it is you're into, you're guaranteed a great variety of acts from November 14 to 16 at the 21st Longford Variety Show.

Curtain at the Backstage Theatre will go up nightly at 8pm. Tickets for the open night (Thursday, November 14) are on sale at the special price of €10 for all seats. For the remaining nights, tickets are €13/€10.

Tickets can be purchased via the Backstage Theatre box office, on 0433347888 or via www.backstage.ie.