Tickets for Electric Picnic 2020 go on sale on Saturday, September 7 at 9am 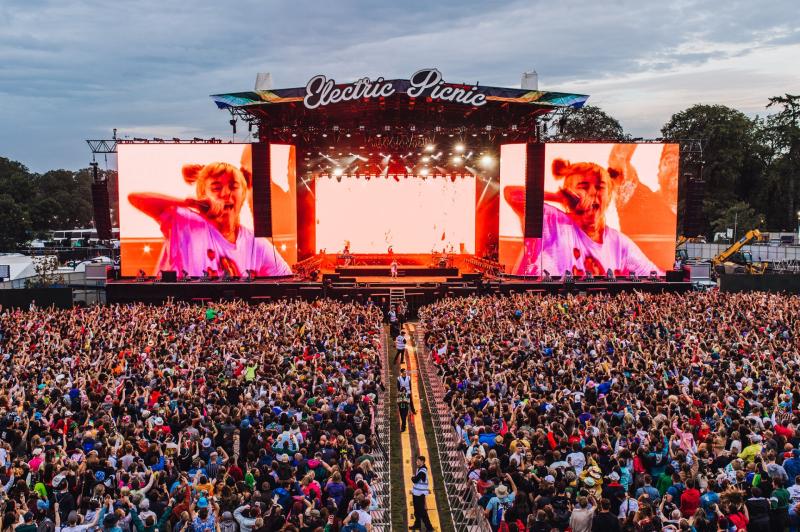 Electric Picnic 2019 saw over 300 acts perform across a multitude of stages, with musical highlights over the course of the weekend including an unforgettable performance from Billie Eilish and American indie-band The Strokes, who were treated to a banquet prepared by Irish Michelin-starred chef Derry Clarke after their performance!

The ethereal Florence and the Machine closed the mainstage with a breath-taking performance to an awe-struck audience.

It’s not just about the music of course, Little Picnic proved a massive hit with the many families who make their annual trip to Electric Picnic whilst trio Foil, Arms and Hog gave a side-splitting performance to a massive crowd at the Comedy Stage.

The new area Freetown went down a treat with Picnickers. Thousands danced in the new electronic music tent, Terminus, while Providencia brought South American flavour and flair to the fields of Stradbally.

Commenting on the new Freetown area, which has seen the festival site expand in size, Festival Director Melvin Benn said there was capacity for the festival to grow bigger, “There is room there for a lot more people, I am certainly going to look to accommodate more music fans who are desperate to be at the Picnic, when you look at Providencia there is part of the field that has space for growth.”

When asked about next year’s ticket sales, he said “Subject to our annual statutory meeting with authorities on Tuesday, tickets to Electric Picnic 2020 will go on sale Saturday morning at 9am.”

And the good news is that the contract for Electric Picnic is set to run for another decade “We have a contract with the Cosby family for ten more years. They seem to like us. They have literally the biggest acts in the world come and play in their front garden so they’re pretty happy. They have the best festival crowd in the world come and camp in their front garden so we’re in pretty good shape with them so essentially we have a rolling ten year contract.”

As the sun sets on the 16th Electric Picnic festival organisers urge picnickers to leave no trace and to pack up tents and belongings. With an emphasis this year on sustainability and climate change, the festival urges revellers to bear in mind that over 588 tonnes of waste goes into landfill after the Picnic, so please leave this beautiful estate how you found it!