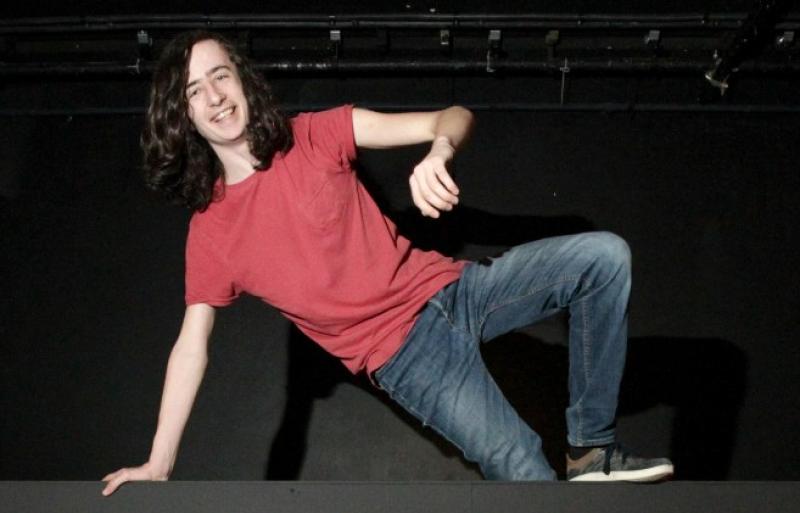 Backstage Youth Theatre member Daniel Penrose has been cast in the National Youth Theatre performance, Ask Too Much of Me, which is being staged in Dublin this summer.

For the 2019 National Youth Theatre, Artistic Director Veronica Coburn and playwright Dylan Coburn Gray, themselves both former National Youth Theatre alumni who have gone onto successful theatre careers, have worked with an ensemble cast of sixteen young people from youth theatres across Ireland to create a new play around the idea of faith.

Seventeen year old Longford town actor and youth theatre member Daniel Penrose has been cast as a character called… Daniel, who wants to keep his family together. But it's hard when no one else does.
“It's really weird to play a character that only shares his name with me and nothing else,” said Daniel (the actor not the character!).

The Longford actor is thrilled to be involved in the National Youth Theatre: “NYT is a chance to make a great piece of theatre, meet amazing and talented people and have some craic in the process. These have been some of the best days of my life,” he said.

The performance itself, Ask Too Much of Me, follows young people living together outside the law in the turbulent first half of 2018.

They have a lot of questions and few answers, meaning they live by faith even if they don’t live by god.

The talented young ensemble cast come from all over Ireland. As well as Longford there are cast members from Cork, Dublin, Kilkenny, Limerick, Mayo, Monaghan, Wexford and Wicklow.

Ask Too Much of Me will be performed on the Peacock Stage at the Abbey Theatre from August 19 to 24 at 8pm nightly. There will also be a 2.30pm matinee on Saturday, August 24.

Tickets, priced at €22/€18 can be booked via the Abbey Theatre website: www.abbeytheatre.ie.