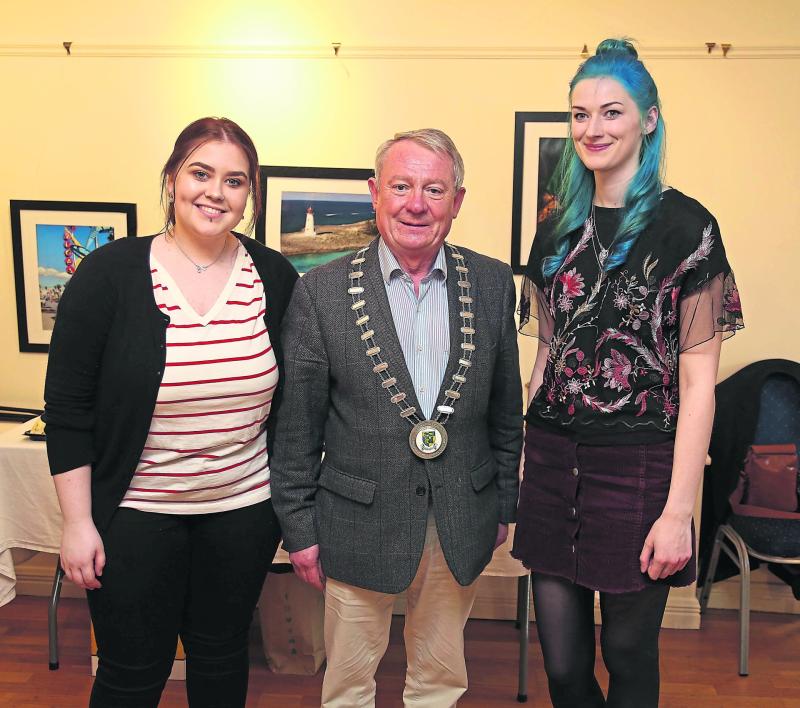 With festival season already in full swing in Longford, excitement is mounting for the county's most creative week of the summer: Cruthú Arts Festival.

Bursting with colour and creativity every year, Cruthú takes place in Longford from July 23 to 28 and will see Longford town get another makeover as artists fill the streets, providing new murals, street art and plenty of entertainment.

“It's definitely a very full programme this year,” said Sharon Devlin, who is secretary of the Cruthú Arts Festival committee.

“We've got the usual workshops in the Temperance Hall. Duke Special is the headline act this year. We'll have a Lego workshop, which we've got loads of bookings for already.

“There's so much happening this year, I'd be here all day if I went through the whole lot,” she laughed.

One of this year's art installations will include a massive gramophone, which will play music - and not necessarily the old timey tunes you'd expect to hear from a gramophone.

“It will be in various locations around Longford and it actually plays music so if you bring your MP3 player, you can plug it in,” Sharon explained.

“It's been all around the country, including the Galway Arts Festival, and the man who owns it is actually planning on making it powered by cycling.”

Sue Rynhart will be a popular act at this year's festival. She's due to play the Backstage Theatre on July 24 and is sure to attract a crowd.

Also performing this year is popular comedian Trevor Lock, who comes to the Longford Arms on July 25.

Trevor's interactive comedy show includes everyone and was a huge hit at the Edinburgh Fring Festival.

The Carnival of Adolescent Antics will return this year after a highly successful week at last year's festival.

This year's carnival will kick off in the Market Square and will see young people creating art and making music live on the streets of Longford.

“Last year, they had a stage and some pallets for people to sit on and I sat down there one of the days and just listened to the kids performing on stage. It was brilliant,” said Sharon.

There'll be plenty more open air entertainment around the town too, with many of Longford's multicultural groups performing live in the streets, as well as the Peelo School of Dance preparing to perform live at the Market Square.

There'll be the usual pop-up galleries in empty premises around the town, and local artists will band together to create colourful pieces in the streets.

“This year, we're going to get work done on by the old Garda Barracks on Dublin Street,” Sharon explained.

“We'll have something specific designed and done up and we'll put them up for the week of the festival.”

An event that's sure to be of interest to the people of Longford is a talk in the crypt of St Mel's Cathedral, which will be given by sculpture, Ken Thompson.

Ken has worked on life-size carvings and sculptures for cathedrals and churches all over Europe in a distinguished career of more than 40 years and even created the 12 stations of the cross for Longford's restored Cathedral.

His talk explains his unorthodox approach to art and his concern with the sacred, specifically Christianity, explaining his views and relationship to his work.

“He's a very quiet man, but he's coming to Longford to give a talk on his stations of the cross, which you can see in St Mel's Cathedral,” said Sharon.

“The Cathedral is letting us into the crypt especially, so it's going to be very interesting.”

There's plenty more happening during this year's Cruthú Arts Festival, with something to appeal to all tastes over the course of the week.

For a complete programme or to book tickets for the variety of events taking place, see www.cruthuartsfestival.com or follow the festival on Facebook: @CruthuArts.