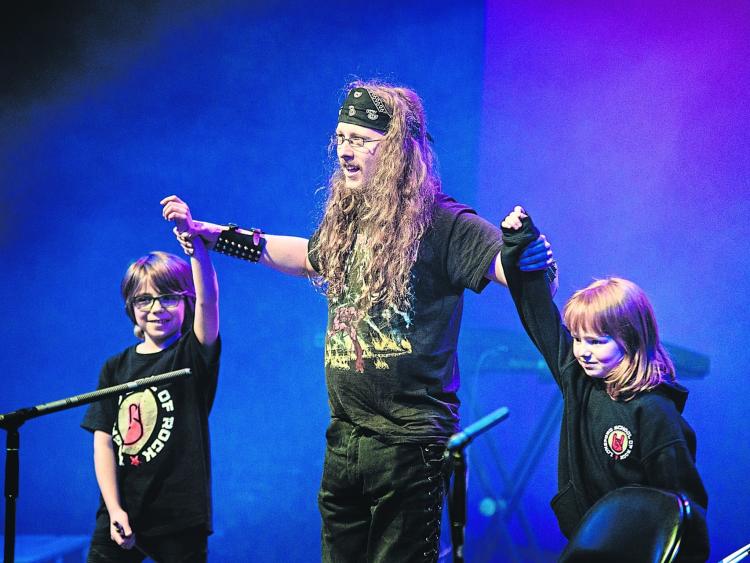 The Longford school of Rock continues to grow year on year, with over 130 students practicing and playing every Saturday.

Sunday, March 24, was special though, as the school held its annual performance concert in Backstage Theatre.

Over 60 young musicians took part in the junior concert, with some as young as seven, playing strings and percussion.

It also was the maiden performance of some in-house emerging bands such as Dragonfly, Skull Krusher, Ryot, Sentries, and the Ukebellas.

Similarly, it was the first time out on stage for the school's new choir Light My Choir as well as the Pitch & Pulse children who undertook an introduction to music program.

Later that evening, the senior students took to the stage and entertained the audience for over two and a half hours performing a range of songs across many genres from rock, pop to contemporary classics.

The concert was a fantastic display of Longford’s emerging musical and singing talent.

Not accustomed to rest on their laurels, School of Rock students and teachers are busy getting ready for their Summer music camps.