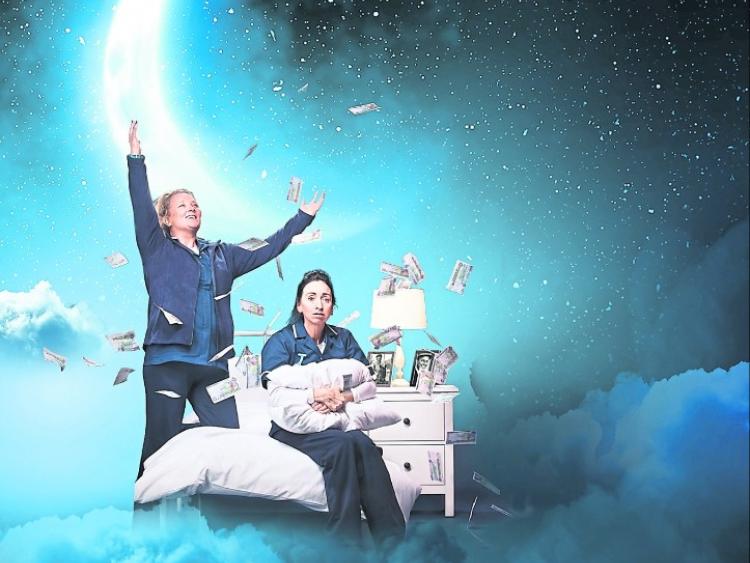 This February, Backstage will play host to the much anticipated comedy by the Olivier Award winning author Marie Jones.

Renowned for her hit shows Stones In His Pockets, Women on the Verge of HRT and A Night in November, Fly Me To The Moon packs all those comedy punches and is guaranteed to be a hit with the audiences across Ireland.

Described as “desperately funny” by The New York Daily News, the play follows Francis and Loretta who are two community care visitors.

Davey, one of the elderly men they visit, has had a significant win on the horses, but he doesn’t know.

When the cash-strapped women learn that Davey will not be around for a considerable time they are faced with a mouth-watering dilemma.

This hilarious comedy investigates whether we are valued more in life or in death.

Fly Me to the Moon comes to Backstage Theatre on Thursday February 7 at 8pm. Tickets €18/€16 are available on 043 33 47888, from Farrell Coy in Longford town or online on backstage.ie.