Hilarious ‘Vampires of Killaspleen’ on Shannonside this Christmas 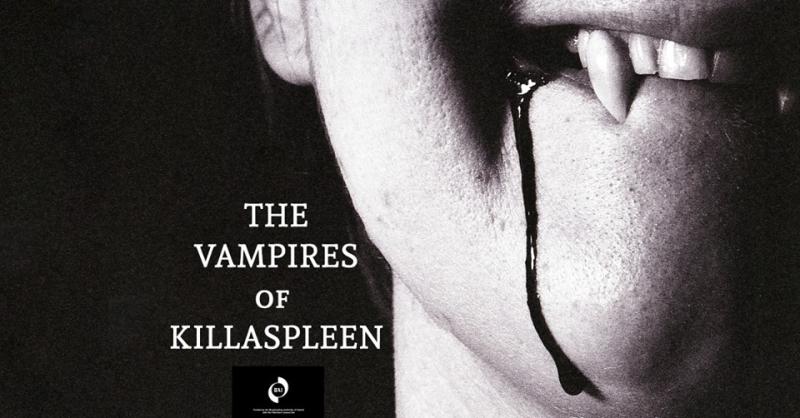 Like so many of us, do you find yourself in dire need of a laugh after Christmas? Then what could be better than a hilarious new radio comedy about vampires hiding out in a tiny Midlands village?

The Vampires of Killaspleen’ is the side splitting new radio comedy from the IMRO award winning team of writer / director Jason Gill and producer / editor Alan Meaney. It airs for the very first time on Shannonside FM at 2pm this December 27.

Paddy Drake is the leader of a coven of vampires trying to keep the lowest of profiles in the unbelievably remote village of Killaspleen, County Wherever.

Unfortunately, as well as trying to keep an all important pact, Paddy is beset by an array of all too familiar problems, including his venomous neighbour Pius Jameson, a wife who hasn’t left her bed for fifty years, and his teenage daughter Magdalena.

Enter a Leslie Nielsen like visitor from America named Jonathan Carver, the machinations of Paddy’s Great Uncle Boris, and a spate of attempted neck bitings in Killaspleen, and Paddy’s life is about to get a whole lot more complicated.

With shades of Tim Burton, but a hell of a lot funnier, ‘The Vampires of Killaspleen’ is the ideal antidote to those Christmas blues. It’s a romp from start to finish, both a satire on rural Ireland and a parody of some of our most memorable vampire moments.

It’s a tongue in cheek homage of sorts to Irishman Bram Stoker’s most famous creation.

As writer director Jason Gill points out ‘Paddy’s got pretty much the same problems as most rural Irish fathers, he just happens to be a vampire as well.

‘We had amazing fun making this: it felt just great to listen to really talented actors having an absolute ball with the script and the situation. There were plenty of moments where you had to fight really hard to stop laughing. We hope the radio audience enjoys listening as much as we enjoyed making The Vampires.’

The cast contains some absolute masters of radio and stage acting, including John McGlynn, Joe Steiner, Anne Hoey, Martina Dolan, Martin Kelleher and Annette Dowling. Don’t miss your chance for an hour of much needed, pure fun: at 2pm this December 27 on Shannonside FM.