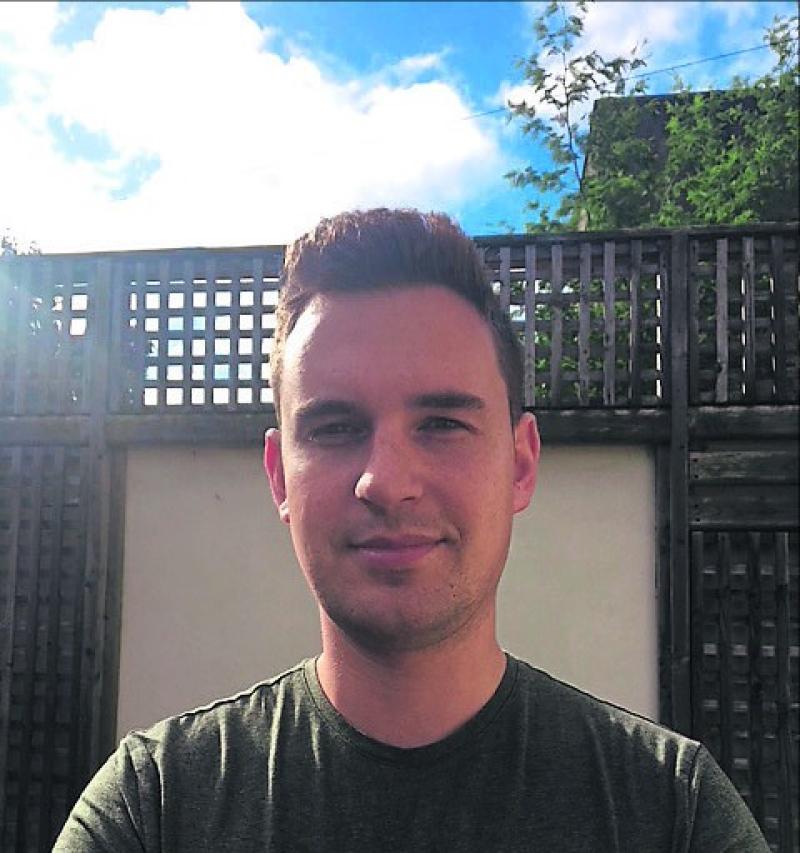 Granard Writer, Robert Higgins, will bring 'The Streets Are Ours' to the Backstage Theatre next week.

Jarlath is no stranger to Backstage audiences having starred in Decadent Theatre Company’s 'A Skull in Connemara' and, most recently, 'Someone Who’ll Watch Over Me'.

But what’s even more exciting is that 'The Streets Are Ours' is written by Longford’s own Robert Higgins who has quietly been taking the literary world by storm.

Heralding from Granard, Co Longford, the Dublin based writer was listed for a Fish Short Story Prize in 2010, his full length play ‘New Love Grows on Trees’ was shortlisted for the New Voices Platform in 2011.

With an MA in writing from NUI Galway, Roberts' One Act play ‘Newborn’ was part of the Jerome Hynes Awards and toured to ISDA fringe in Dublin.

His play ‘Getting the Cure’ was part of the Galway Fringe Festival and also played the Muscailt Festival and Corcadorca’s Festival Nights as part of Cork’s Midsummer Festival.

He came second in Doire Press’ annual chapbook competition. His story ‘The Cowshed’ was published in the Reading Life.

‘Copper’ is set to appear in a forthcoming anthology by Doire Press.

His story ‘An Adolescent’s Guide to Playing it Cool’ was published in Ropes literary journal.

His short film script of ‘Copper’ is currently in development with Tree Light Pictures and was nominated for Screenplay of the Year at the Student Media Awards.

His story ‘Caldene’ won Short Story of the Year at the 2013 Student Media Awards. His short story

‘Despair in the Departure Lounge’ will appear in the Post-Celtic Tiger Stories issue of Wordlegs. ‘Caldene’ was published in Hennessy New Irish Writing.

In 2014, he was nominated for the Hennessy Literary Awards in the Emerging Writer category. He signed with the Marianne Gunn O’Connor Agency and completed work on a novel.

In 2015, he chiefly focused on journalism and had work featured in Irish Examiner, Irish Independent, Hot Press, Drowned in Sound, State, JOE.ie. He was shortlisted for the Irish Times Travel Writer of the Year award for his piece on Phong Nha, Vietnam.

In 2016, his film script ‘The Leisure Project was a finalist for the Galway Film Fleadh’s Pitching competition. He recorded his poem ‘Racers’ for RTE Radio One. His story ‘Honda Wave’ was shortlisted for the Over the Edge New Writer of the Year Award.

In 2017, his play ‘The Streets are Ours’ was selected to be part of Fregoli Theatre Company’s ‘Fruition programme and was performed as part of the Cuirt Literature Festival.

The play went on to sell out it’s week long run in Galway and this year touches down in Higgin’s home county during it’s National Tour.

Speaking about the play Higgins says, “The Streets are Ours is a play about a group of twenty-somethings living in a small town in the midlands of Ireland.

“The action takes place in a Tesco car park, their old drinking haunt, on the evening that one of their friends returns home from Australia after a number of years.

“It looks at his reunion with some of his old mates and his ex-girlfriend and examines the effects moving away can have on relationships, the tensions that can arise and the things you leave behind.

“It’s a comic drama as well so hopefully there will some laughs in there as well.”