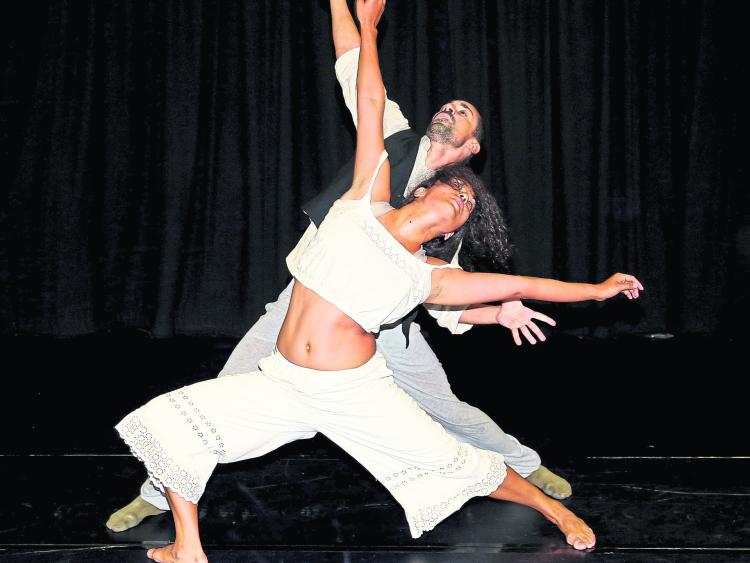 There was a hum of excitement in the Backstage Theatre on Friday night as crowds filed in to see the world premiere of Marguerite Donlon's latest work, 'The Last Life Boat'. And it certainly didn't disappoint.

Telling the story of Marguerite's grandaunt, Katherine Gillnagh, this work is a spectacular ballet, beautifully performed by Francesco Vecchione and Claudia Ortiz Arraiza.

"It's a piece that has been growing. It started as a solo and now it's a duet,” Marguerite told the Leader.

“And it will keep growing. But most importantly, it's a story about my grandaunt who literally had the last place on the last lifeboat off the Titanic.

“She was 16, going on 17. She had James Farrell from Killoe to thank for saving her life. He came to her cabin and said 'there's something wrong; we've got to get out'."

The work has a lot to do with emigration, she added.

"There are so many people who emigrate or leave their countries in the hope of a better future or escaping an awful situation” she said.

“She was lucky enough to survive. She said that James gave her his cap just as she got on the lifeboat. He threw it down to her and said 'I won't be needing this where I'm going'. And she kept that cap on her mantelpiece all her life."

This moment is beautifully portrayed at the end of the dance, which, as a whole, is energetic, thrilling and emotional. The audience couldn't take their eyes off it.

And, after something so deep and touching, a second work of Marguerite's was performed by a troupe of five dancers.

'Heroes' features the music of David Bowie and sees a young group of friends come together to tell parts of their own biographies.

“Sometimes it's very touching, sometimes it's funny. But I invited the dancers to really come up with a story - something that really represented them,” Marguerite explained.

"Some of them talked about their journey to becoming a dancer and how that happened.

“'Heroes' is not the only song. But we took it as the title. There's also 'Fame' and 'Ziggy Stardust' and all those great Bowie pieces.”

This part of the show really captured the attention of the audience as they got to know the personalities of the dancers on stage, while listening to the music of arguably one of the best pop icons of all time.