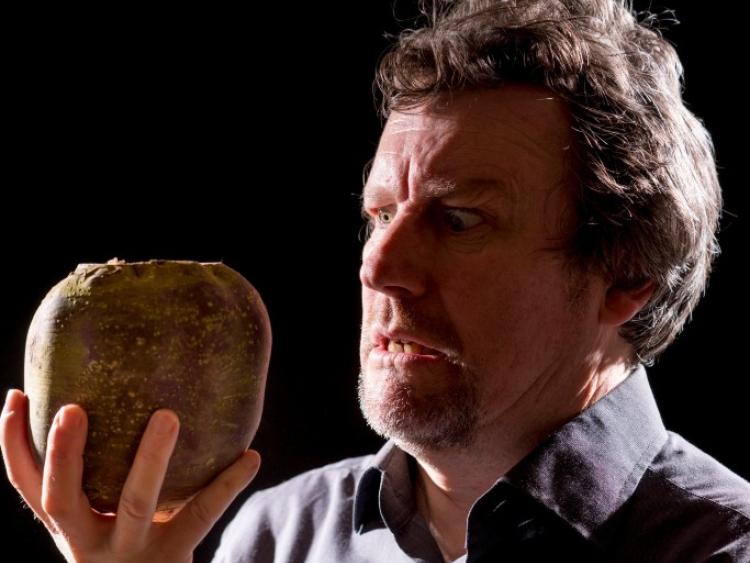 'Juggling With Turnips', the new book by stand up comedian, Karl MacDermott is due to hit bookstores around the midlands in the next few weeks.

This is the comedian's third book and contains 23 stories of short comic fiction.

An overweight Mafioso wants to dance like Michael Flatley; a comedian hires an unreliable heckler to disrupt the high profile gig of a rival; a young boy develops a bizarre addiction to communion wafers.

These are just some of the stories in 'Juggling With Turnips', which contains very little juggling... and absolutely no turnips.

The book also includes stuff about what’s going on with the writer as he tries to the find someone to read the stories; just one person. Anyone. Is that too much to ask?

It also contains some extracts from his vast and pointless archive, seven poems, and one reference to Harry Dean Stanton.

So why wouldn't you want to read it?

And the book is enjoyed by other well-known comedians.

Ardal O’Hanlon says that 'Juggling With Turnips contains “fiercely funny stories of love, angst, dreams, delusions and failure but also a collection that is sharp, honest, peculiarly Irish and true”.

And popular comedian, Tommy Tiernan, is also a fan.

“These stories spring from a reckless comic imagination; there’s a marvellous and irresponsible wit to these pieces - a stubborn refusal to take reality seriously,” he commented.

“They are superbly funny and delightfully composed. He’s the real deal.”

Over the last twenty years, Galway man, Karl McDermott has written extensively for radio, including the comedy series 'Gone But Forgotten' and 'Here’s Johnny' on RTE Radio 1 and 'The Mahaffys' on BBC Radio 4.

He has also written two Plays of the Week for RTE Radio 1 – Friday Night and Conversations in The Dark.

In addition, he has written a six-part comedy drama for RTE Two television, Straight to Video, and has contributed many satirical articles to The Irish Times.

His debut novel 'The Creative Lower Being' was published by Killynon House Books in 2007. His second book, an e-book 'Ireland’s Favourite Failure' was published on Amazon Kindle in 2014.

'Juggling With Turnips' has been published by Eyewear Publishing and will be available in local bookstores soon.