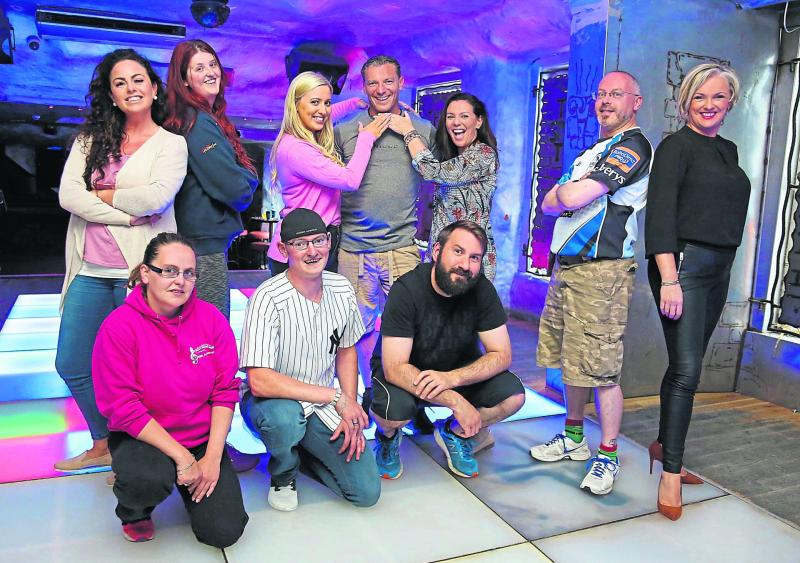 The hugely popular Longford LipSync returns this Saturday night for one night only.

A host of well known local faces will put their own personality and style to seasoned and well known artists as they bid to raise funds for two deserving charities.

Proceeds form the night will go to Bethany House, the local refuge and also two little girls, Ava Lilly and Poppy Moloney, who live in Lanesboro, and the little sisters are battling serious medical conditions.

One of the main organisers of the event is Kevin Hussey and he is also one of the acts making a return this year. He works in the family dry cleaners on Dublin Street.

We are looking forward to seeing David Dunleavy from Killoe as he is no stranger to the stage and he is a student in Dublin.

It's not an all-male show either and direct from Edgeworthstown will come the McLoughlins, Orla and Bernadette.

A firm favourite in any show in which she features, is Trisha Farrell, who is well known from her work in Ward's Pharmacy.

Another returning to the local stage will be Richard Ryan while local car valeting business owner, Olly Farrell is sure to set the female pulses facing again this year.

Flying the flag for Lanesboro will be Melissa Coughlan and Ann Marie Hand whilst another returning from the show two years ago will be popular Barber, Declan Donohoe.

He recently became a father for the first time but we are assured that it hasn't affected Bilal Moran's preparations.

There is huge interest in the Lunachicks, which will feature Karen Reilly, Tracey Carty, Maria Dunne and Eimear Reynolds who, incidentally, is the Roscommon Rose of Tralee.

Another familiar face will be Niamh Hanley who we all know form her work in Boots whilst another firm favourite will be local journalist, Rachel Masterson, who now lives in Ballinalee.

A newcomer this time will be Anthony Carr Jnr, but he is no stranger as he is a popular barman in the Longford Arms Hotel.

Another new face is Justin Forde, the no nonsense rugby player who works in security.

New also will be Luke Byrne from Newtownforbes who is also a boxer, so we best vote for him on the night!

The youngest act in this year's show will be Darragh Quinn from Longford town who is earning a reputation for himself as a top DJ presently.

The action gets underway in the Longford Arms this Saturday night at 8pm and some tickets are still available on the door at €20 each.

Doors will open at 7.30pm and it promises to be a great night's entertainment.

If you don't want to risk waiting until Saturday night and want to be assured of a ticket, you can purchase them in advance from Kevin's Dry Cleaners on Dublin Street.