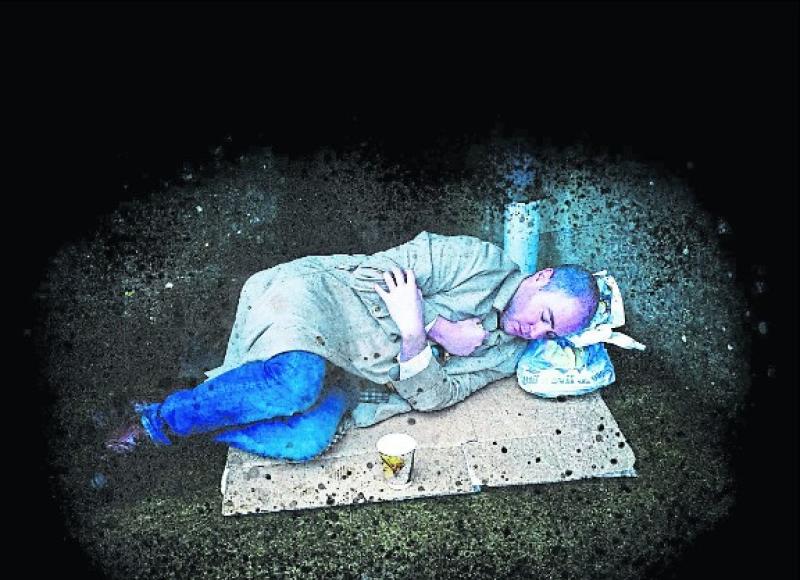 The latest bit of literary talent in Ballymahon comes from local woman and writer, Valerie Masters, who is preparing to take her latest work of art to the stage at the end of this month.

Best known for her poetry, Valerie has recently branched out and created a play, with a strong theme of homelessness.

The play tells the story of a man called Johnny, who is expertly portrayed by Jude McLynn.
Johnny is troubled and struggling to get through each day he wakes.

Losing his mother at a tender age, he struggles to create and hold onto relationships, lashing out at those close to him then falling apart when he loses those he loves the most.

Turning to drugs, he spirals out of control and ends up living on the streets devoid of hope.

“He is a guy that comes from a background of domestic abuse and has lost everybody that is close to him in his adult life.

“He will try to make you believe that none of it was his fault but that’s up to the audience to decide.

“Throughout the course of the play Johnny relives key moments in his life that have ultimately brought him to where he has ended up and lead him to contemplate suicide,” Jude continued.

“We also see both an intelligent and humorous character portrayed throughout the play that makes the audience question do they like this guy or actually hate his guts!”

Johnny's story is a tragedy laced with vulnerable humour and he quickly becomes someone you can’t help but soften to and ultimately become attached to.

“Johnny started as a poem which stayed with me and it constantly pestered me to continue writing it,” said Valerie.

“So I gave in and let him take over and tell his story.”

'Cardboard Coffin' will be staged in the Bog Lane Theatre, Ballymahon on April 27, 28 and 29.

Unfortunately, these dates have already sold out, but the show will be staged in the Smock Alley Theatre, Dublin, on July 17.

Tickets will go on sale on smockalley.com.