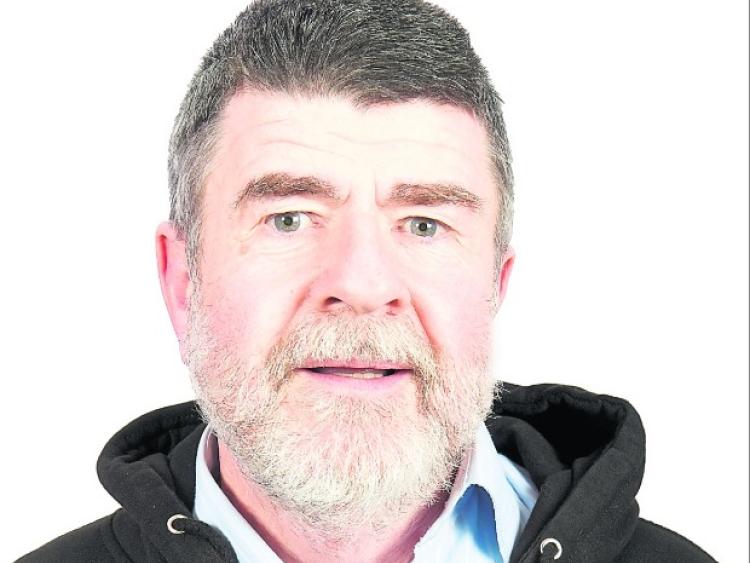 Excitement is building as the cast and crew of St Mel's Musical Society prepare to take to the stage with this year's spectacular production: 'Sister Act'.

And, for a number of weeks, tickets have been completely sold out for all nine performances, which is a fantastic response for the society, which is celebrating its 40th anniversary since the revival in 1978.

There are so many people that have been involved with St Mel's Musical Society down through the years but one man who has played a role on stage in every show since 1978 is John Kelly.

John will be performing the part of Monsignor O'Hara in this year's production and is thrilled to be taking to the stage once again with a fantastic group of people.

“'Sister Act' is fabulously dynamic and it’s excellently cast with all the major roles,” John explained to the Longford Leader.

“I’ve never been in the company of so many joyous nuns in all my life and I’m hoping, now that I’m playing the part of the Monsignor, that I might be able to hear their confessions at the end of the run.

“And I’m looking forward to hearing some really juicy stories and, most importantly, granting absolution.”

John has been involved since the very first meeting in 1978 when, along with two friends, he showed up in a local bar to express an interest in reviving St Mel's Musical Society.

“So we said, okay we’ll push the door open and the three of us will go in together.

“So we pushed the door and, when I got to the other side of the door, I looked to the left and the right of me and I was on my own. The two guys never came in. And I’ve been in there ever since.

“There was a stage and Gus Hanley was directing and he was standing on the stage and he said ‘oh, there’s John Kelly, come on in!' And I looked around me and I thought ‘Oh God, I can’t really walk out now’. And I’m still here. I can’t walk out now.”

The Society's first show took place in May 1978 in the Fountain Blue where, John recalls, you could get a chicken in a basket supper as part of your ticket price.

“But the crowd was so big that they couldn’t get out to go down through the auditorium with the suppers. The place was packed. It was just amazing,” he said.

“People are always on your side and they want you to do well and they’re always trying to support you.

“It was a great buzz and they loved it - so much so that we had to do a second night the following week and it’s just grown from there.”

Finding the funds to put on the annual show has always been a great worry of the society. But, John explained, getting sponsorship never was an issue.

“After that first meeting, we were wondering would we have enough money to stage it and put it on, but when we went around the town, we were amazed at the support from some of the sponsors - some of them which are still sponsoring us after 40 years,” he said.

“And the thing about musicals is that they’re expensive. We couldn’t possibly stage them without the good will of the sponsors.

“So we feel blessed but we also feel that we give great value because we’ve developed our skills and I feel that we’ve become very professional in our approach.”

Forty years on from that initial meeting, and John feels that the young people who have got involved since are extremely lucky to have such an experienced team to teach them the ins and outs of musical theatre.

“I feel that when we get younger people in, they’re the life blood of the Society - we couldn’t do it without them,” he said fondly.

“But they get to work with professional directors and choreographers and they learn a lot about costuming, makeup, etc.

“So we feel like we’re giving them a great grounding in it and I hope that they will develop the same grá that some of us have over this period of time and continue it on for another 40 years.

“And,” he added, “I’m hoping that when that occasion arrives, they’ll invite me to the performance.”

He laughed at the Leader's suggestion that he himself would still be in the Musical Society for its 80th anniversary and said; “I think I’m just hanging on by my fingertips now!”

But, he added, it's been an incredible 40 years for all those who have been involved from the start.

“The Musical Society is nearly an extension of our own families. We’ve all become terribly close and terribly friendly,” he said.

“And we all have the same objective, which is not only to survive, but to develop and improve with every production, which we hope we are doing, because that justifies the support of the sponsors.”

John has played such lead roles in the past as Fagin in 'Oliver!' and Horace Vandergelder in 'Hello Dolly' and, while he says these were two of his favourite roles, he enjoys every part he plays.

“I wouldn’t be in it otherwise. Even when I’m doing sweet feck all, just to be there is a bonus for me.

“It’s just become part of my winter - my winter of extreme content. It keeps me happy.

“Whether I keep everyone else happy or not is very debatable,” he added with a smile, “but it’s just become part of the year and I really enjoy it.

“It’s been an absolute joy to be involved with such great people over such a long period of time,” he remarked, in conclusion.

“We have a very loyal and diverse audience and we’re eternally grateful to them. Without the sponsors and the audience, it wouldn’t survive.

Longford Lives: Janice Gibney steps from behind the scenes to front and centre

'I knew you'd come up with a Dermot Bannon excuse', says Longford judge of man caught with screwdriver in car