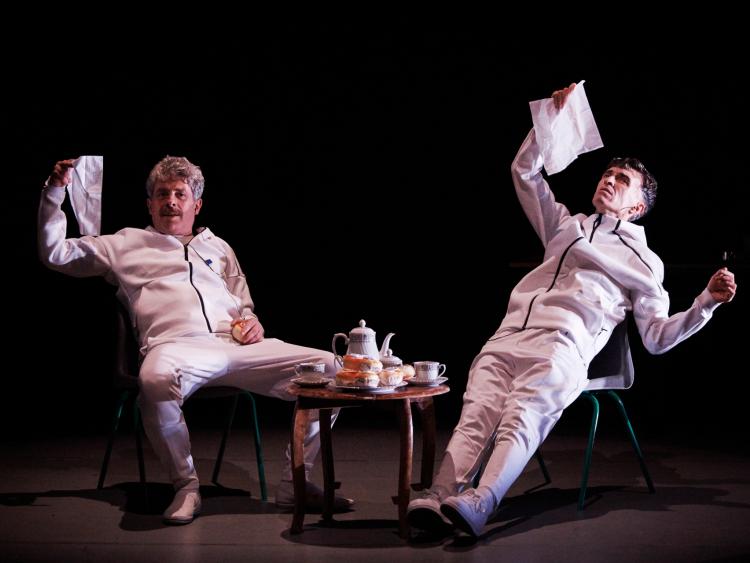 One of the theatre highlights this season at Roscommon Arts Centre takes place on Saturday April 7 at 8pm as Pan Pan Theatre Company take to the stage with their production of The Importance Of Nothing.

This is a comedy about a drama therapy class set in an imaginary prison where a therapist and her husband have dedicated their lives to conducting anti-homophobic workshops - using the life and works of Oscar Wilde!

The Importance of Nothing is partly inspired by Wilde’s period in prison after his conviction for homosexual activity in 1895.

This experience had a strong impact on Wilde’s flamboyant personality.

It manifested in the writing of 'De Produndis', a long letter to his lover Lord Alfred Douglas.

Wilde wrote the letter close to the end of his imprisonment and in it, he reconsiders his lifestyle and describes his cathartic journey in jail.

Upon his release, he fled to Paris where he died at the age of 46, impoverished.

Pan Pan Theatre Company, who have previously adapted Shakespeare, Ibsen and Chekhov, now turn their attention to the works of Oscar Wilde.

With a stellar cast which includes Mark O'Halloran (Adam & Paul), Andrew Bennett (Garage, Moone Boy) and Sonya Kelly (How To Keep An Alien), this is a play that has been described as 'human, touching and funny'.

The Importance of Nothing is a contemporary reflection on Oscar Wilde: his works, his life and the conventions of his time.

The play interweaves passages from Wilde’s plays and poems, real-life stories from Mark O’Halloran and Andrew Bennett growing up in Ennis and Limerick, and the harsh realities of prison-life.

Wilde’s sharp humour permeates throughout The Importance of Nothing but the undertone is a deep consideration of the many troubles of human life.

Tickets available now from Roscommon Arts Centre on 09066 25824 or via roscommonartscentre.ie.