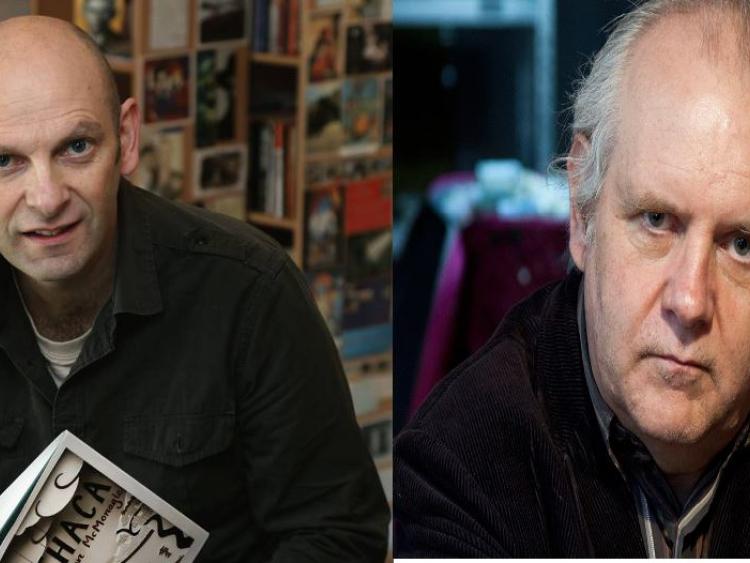 Both writers will be in conversation with journalist and researcher Paula Shields, discussing their work and the influence of the midlands.

Praised as “fast and urgent, full of feeling, savage humour and all kinds of tenderness” (Kevin Barry), 'Ithaca' garnered attention in Ireland and further afield for its grit, pace, and the key personality of its child narrator-Jason Lowry.

Comparisons were made between the novel and 'The Butcher Boy', published by McCabe in 1992.

McCabe has twice been Booker nominated and is celebrated as one of Ireland’s most iconic story tellers.

Having published over twelve books since, McCabe has been praised as “A true original,”(John Banville) and continues to be an incisive voice in Irish literature.

Voices literary Series is created by Curator in Residence at Backstage Dani Gill in association with Words Ireland and Arts Council Ireland.

Pat McCabe & Alan McMonagle will be inconversation at Backstage on Thursday, March 22, at 8pm.