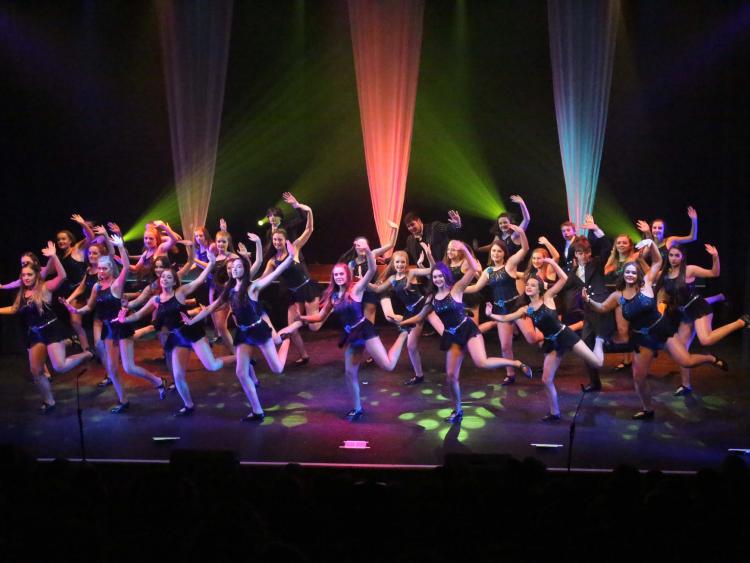 Evolution Stage School students performing on stage for their spectacular 'Don't Stop Believing' show in November. Many of the students will be involved in the 'Night on Broadway' Show.

You don't have to travel to the currently freezing depths of New York City to experience a night on this January.

In fact, St Mel's Musical Society and Evolution Stage School will be bringing 'A Night on Broadway' directly to you this Thursday and Friday night.

With incredible performances of some of the top musical numbers in history, this spectacular show is one not to be missed.

“It's thanks to the great talent of Paul Hennessy and Tracey Carty that this show is taking place,” said Michelle Kelly Conlon, Chairperson of St Mel's Musical Society.

“They put it on for us last year and it went so well, they wanted to do it again, so thanks to Paul and Tracey.

“It was very well enjoyed last year. Tickets sold out fast and they're selling out fast again.”

The event itself is a fundraiser for St Mel's Musical Society. The Society is currently rehearsing for this year's big show, 'Sister Act', with Janice Gibney taking on the lead role of Dolores.

The talented students of Longford's Evolution Stage School will join the members of St Mel's Musical Society on Thursday and Friday to wow the audience with their renditions of popular hits.

“Many Evolution students are now members of St Mel’s Musical Society and have played leading roles in their musicals in the past few years,” Paul Hennessy told the Longford Leader.

“This will be a great night out the wonderful Backstage Theatre Longford,” he continued.

“Tickets for Evolution and St Mel’s Musical Society shows are always in huge demand, so with this production including members from both, it’s sure to be spectacular. Local talent, local theatre, please support this great fundraiser.”

Michelle, too, was in agreement that the night would be an incredible show.

“When two groups with a passion for theatre and music get together, it has to be a great show,” she said.

There are two shows this Thursday and Friday, January 11 and 12, with tickets available from backstage.ie.

The show includes song and dance from several musicals and movies. Ticket price (€18) includes a pre-show cheese and wine reception.