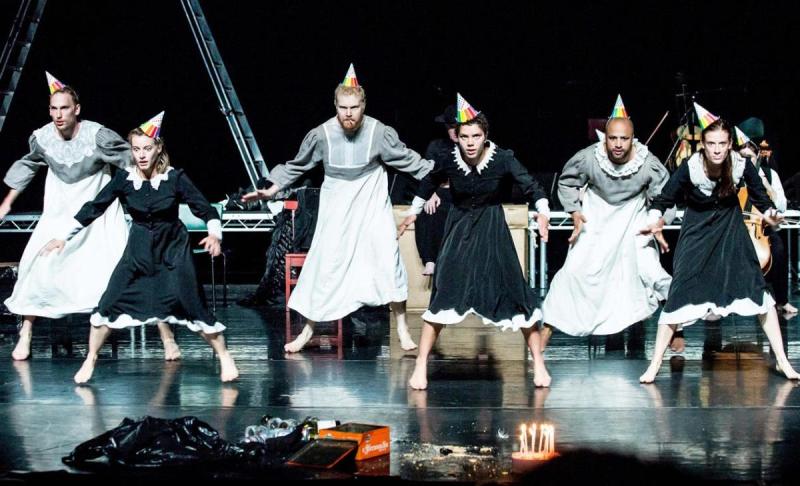 Loch na hEala will hit the Backstage Theatre in March 2018

With 2017 about to come to an end, there are new beginnings happening at the Backstage Theatre, which has released Spring 2018 programme, detailing a host of new shows that are bound to tickle your fancy.

Included in the programme is a variety of events including theatre, music, comedy and plenty of art.

A photographic exhibition entitled 'Portraiture' will be on display in the Atrium Gallery from February, featuring portraits of local people taken by local photographer Brian McCann.

'A Night On Broadway' is bound to be a fantastic night out in January, featuring members of Evolution Stage School and St. Mel's Musical Society.

Speaking of the musical society, 'Sister Act' will be the spectacular show by St. Mel's Musical Society in April and, following the success of last year's musical 'All Shook Up', it's bound to be popular with Longford audiences.

And there are countless other shows to tickle all tastes.

Dubliners tribute show, 'All For Me Grog' will hit the theatre stage in early February.

The Lambert Puppet Theatre will bring the laughs for the kids in February with 'The Three Little Pigs'.

Conal Gallen will be 'Suckin' Diesel' in his hilarious show of the same name this March.

Not long after, spectacular Samuel Beckett , 'Waiting for Godot' will hit the stage.

And March will also see an incredible performance of 'Swan Lake' or 'Loch hEala' that simply can't be missed.

For details on all these shows and plenty more, check out the full spring programme at www.backstage.ie