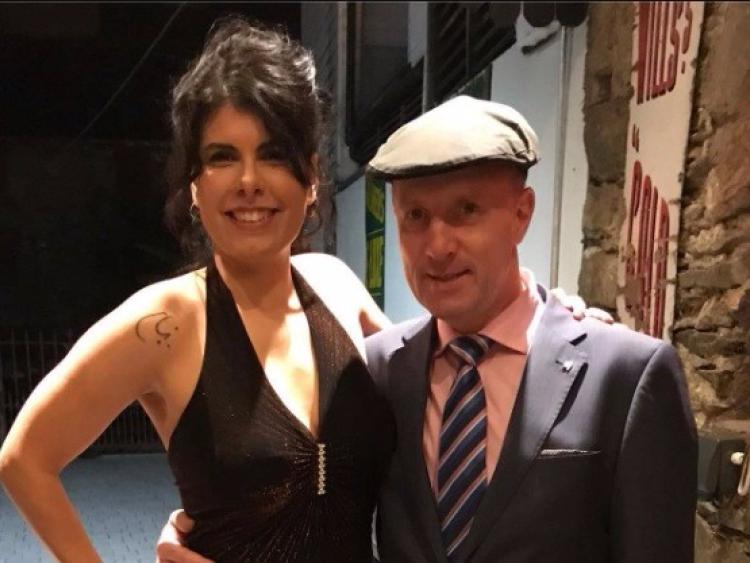 There are countless self-help books on the shelves today, but none quite like Michelle Hadad's 'The Secret Box... Finding the Key', which was launched a couple of weeks ago.

the life of character, Maria, 'The Secret Box' deals with various aspects of life as the protagonist comes up against various obstacles.

Each chapter provides a new key, unlocking a certain lesson about love, family, marriage and various other important parts of life.

Brazilian native and lifestyle coach, Michelle, has lived in Ireland for 11 years and spent some of that time in Longford - she still visits the county on a regular basis.

Now though, she is based in Kerry and had the help of Kerry's own Michael Healy Rae when she launched her book in Killarney a couple of weeks ago.

The book has been endorsed by a number of well-known figures, including Kerry GAA legend, Pat Spillane; columnist Billy Keane; and Solicitor, Jerry O'Connor.

Kerry District Court Judge, James O'Connor, has also provided a glowing review, referring to 'The Secret Box' as “a thoroughly well-written book, which documents life's experiences, trials and tribulations in respect of a young, beautiful, classy and talented Brazilian lady who is unique in the sense that she does not fit into analysis, averages, statistics, mores, customs or norms”.

The book deals with Maria's life experiences and how she learns how to be her own woman, independent of any man.

“To achieve this, she learned from her experiences in life and that virtues such as patience, optimism, resilience, courage, fortitude, self-respect and being true to oneself will always overcome life's trials and tribulations, will allow a person to move on in life and to become open-minded and free of negativity and bitterness,” said Judge James O'Connor.

Michelle herself is a Brazilian lady, who was born in Sao Paulo, in 1981.

She moved to Ireland in March 2007 to seek new adventures and experience new cultures.

While searching for different experiences, she found herself intrigued by universal human behaviours.

One thing led to another and, gradually, she turned this cultural journey into an academic and college mix, as a kind of cultural exchange that broke new frontiers to advance to a new level of cultural understanding.

The book was compiled from various events and pursuits and is supported by relevant areas such as NLP coaching and adult psychology.

An in-depth analysis of 'humanity' issues will reveal many solutions for readers and open new and has given even the herself a new lease of life, as she got a chance to achieve that transformation that the book's leading lady, Maria, had already reached.

The book is available in Longford via Newsround, Mollaghan's and Kane's Supermarket in Edgeworthstown and Drumlish.
For more information, see The Secret Box Finding the key on Facebook.