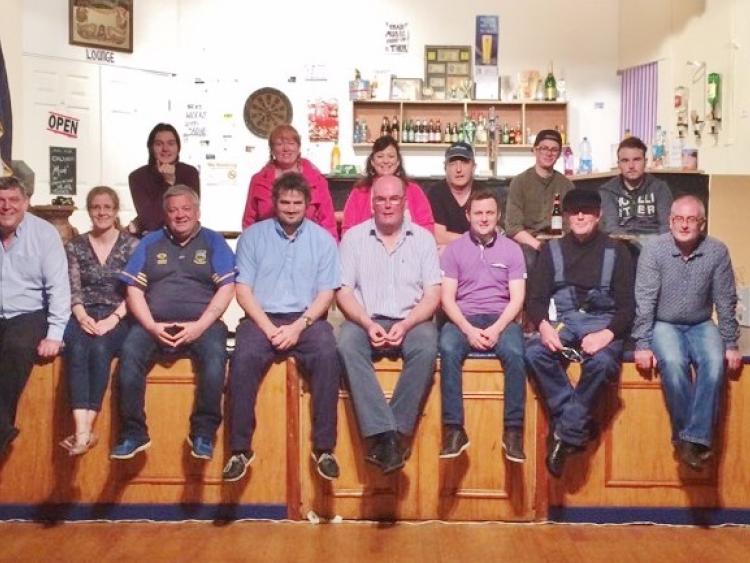 The cast of 'Lough Ree Monster'

Set on the shores of Lough Ree, this play revolves around the sighting of a lake creature by three priests in the mid 1960s.
The incident was widely reported in the local media at the time and it sets the scene for much scheming and subterfuge with both dangerous and hilarious consequences.

John Kenny from Barley Harbour, Newtowncashel, penned the play in 2014, and when the Lough Ree Monster Festival 2017 was launched, it seemed fitting that this production should be staged in conjunction with all the other activities and events planned for the festival.

There is a slow build-up towards an exciting crescendo, with a conclusion nobody expected.

John's association with drama started with school concerts and Scór na nÓg many years ago.

He was in a Leinster Final-reaching Novelty Act titled 'Mise Eire' which was written by Jimmy Casey NT.

He also credits Joan Donnellan NT with her tremendous work with the aforementioned school concerts.

Later on he penned a critically acclaimed Novelty Act, for Senior Scór, titled 'In the Beginning'.

This was a comedy sketch which alluded to the GAA having it's roots in Prehistoric times.

This Novelty Act also reached the Leinster Finals before being narrowly beaten by the eventual All-Ireland winners.

Through Secondary School he starred in many school musicals, such as 'Oklahoma', 'Calamity Jane' and 'Showboa't to name but a few.

In recent years he has acted in many plays with the Newtowncashel Drama Group, culminating with last years exciting production of John B Keane's 'The Field' which was so brilliantly directed by Dermot Healy.

The play will launch the Festival this Friday evening, July 28, with a cheese and wine reception in the Convent Hall at 7pm.

At 8pm, the doors open across the road in St Mary's Hall, with curtain for the start of the play, at 8.30pm.

The play will also be staged the following night, July 29 at 8.30pm.

This is a booking only event – no tickets will be available – and bookings can be made by calling 086 246 0840 or 043 33 21107; emailing martinaclyne1@gmail.com or by calling into Martina in O'Brien's shop and making your booking.

If booking by email, please leave your mobile number with your name. Please ensure you state the night you want to attend.

For more information on the festival, see www.loughreemonsterfestival.com.