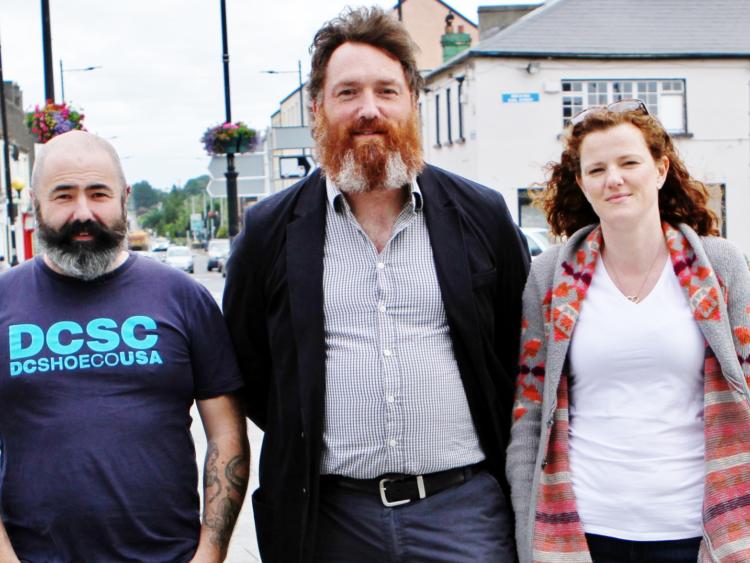 Square Eyes will take place in a large marquee, which will be erected on the Market Square, Longford, throughout the Cruthú Arts Festival (July 27 – 30).

Square Eyes is the name given to an ambitious youth art project involving art, live music and County Longford's next generation of musicians and artists.

It will take place on the Market Square, Longford, throughout the Cruthú Arts Festival (July 27 – 30).

A large marquee will be erected on the square and within it will stand four 8ft high triangles that will act as mural canvases for the group of young artists.

Each artist is of secondary school age and each represents a school in Co Longford. In the week prior to Square Eyes, s/he will take part in a week's training at Templemichael College with renowned mural artist Phil Atkinson and art teacher, Clare Balfe.

Each young artist will be supported and assisted in transferring their designs (developed during training) onto the plywood canvas and the finished works will be featured in prominent public spaces throughout Longford in 2018.

The Marquee on the Square will also feature music throughout the four day festival from wonderful acts such as the Longford School of Rock and the Ukelele Band.

“Square Eyes is the first of its kind in this county. It is a fusion of art and live music with a focus on the young talent we have in this region,” said Shane Crossan, chairperson of the Cruthú Arts Festival.

“It is fulfilling the Cruthú mandate by supporting and developing local artists and in particular the next generation of artist.

“The project is mentored by Phil Atkinson and Clare Balfe, two people who have long supported and assisted in the development of the local art scene.”

Shane continued, “Young people have had an input throughout this project with the design and branding of Square Eyes created by young local animation artist Jack Casserly. We would like to thank Jack for his contribution to the project.”

Cruthú Arts Festival is now in its fourth year and is a legacy project from the Love Longford Festival. From July 19th, there will be lead-in events happening throughout Co Longford.

Find out more by reading the programme at www.cruthuartsfestival.com.