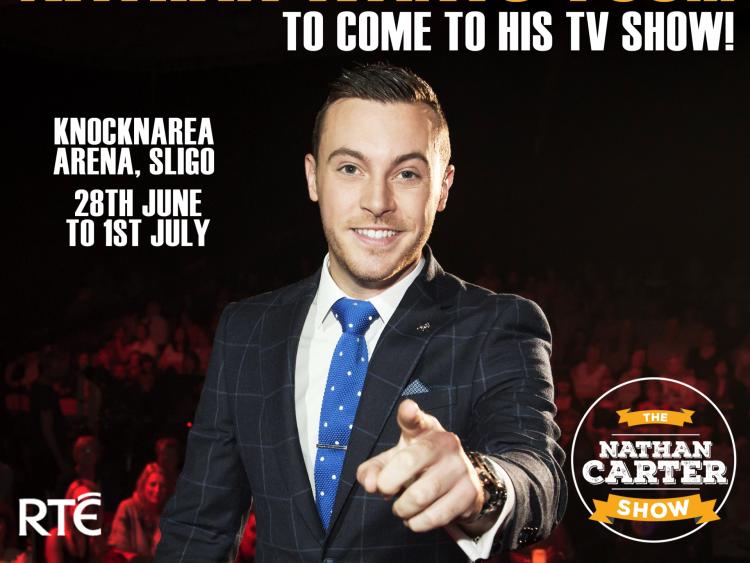 Tyrone Productions are filming the second series of 'The Nathan Carter Show' in the Knocknarea Arena in Sligo.

Tyrone Productions are filming the second series of 'The Nathan Carter Show' in the Knocknarea Arena in Sligo on June 28, 29 & 30, and July 1.

'The Nathan Carter Show' will be broadcast later this year on RTE One.

Each show will be packed with live music from Nathan and some very special guests from Ireland and further afield.

Following the runaway success of his sold-out arena tours Nathan Carter is one of Ireland’s most sought-after entertainers and for his fans old and new, this is the perfect opportunity to get up close and personal with Nathan and be part of this exciting television experience.