Táin March to pass through Longford 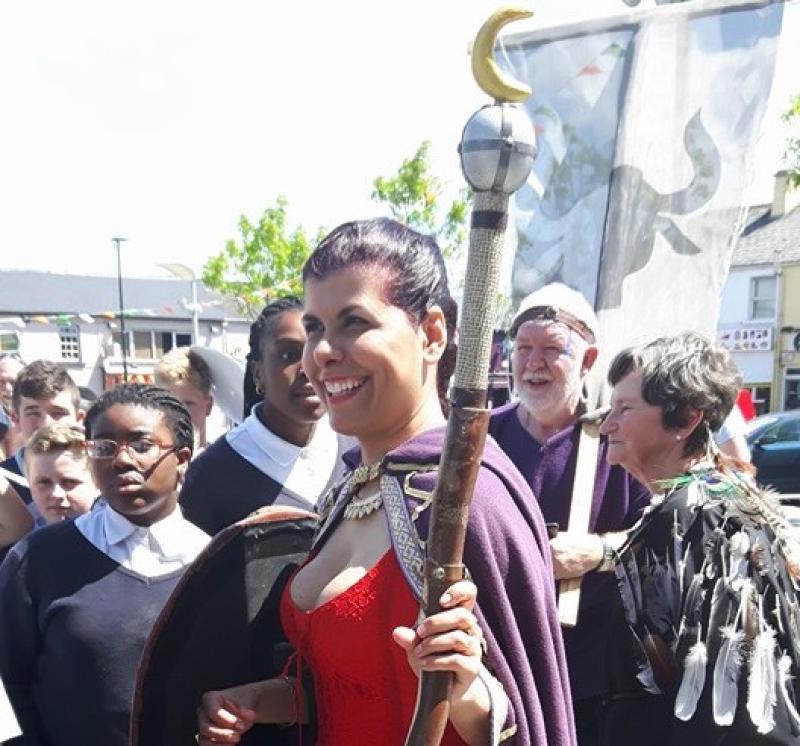 All those interested in Ireland’s ancient legends are welcome to take part in the real life Táin March, which is due to pass through the county next week.

Following the ancient route, the march will come through Clondra, Longford town, Ballinalee and Granard, and Queen Maeve will need warriors to join her on her quest to steal the brown bull of Cooley.

2017 is the second year that Longford will participate in the march, with events to welcome the walkers taking place in Longford and Granard.

Each town will crown their own Queen Maeve but in Longford town, on Sunday May 21, the official Queen Maeve crowning celebration will take place.

“We would like to get as many people involved in participating in the march as possible,” Anna Delaney told the Longford Leader ahead of the event.

“Individuals can take part or groups. If people want to use the march as an opportunity to fundraise for their organisation they can do so.

“People can walk a small section of it or they can start in Roscommon and do the whole march as far as Omeath in County Louth, it's entirely up to them.

“We would be delighted if people participated in even just the Longford stretch of the march.

“The fun element to it is that the overall organisers ask for people to dress up for fun as it adds to the enjoyment of the event.”

The march will arrive in Clondra on Saturday May 20 at approximately 2pm, and will leave from Richmond Harbour at approximately 9am on Sunday May 21, before marching the 7.5km distance to Longford town.

There will be a parade in the town when the walkers arrive, and all those who would like to take part can meet at Connolly Barracks on the Battery Road at 12pm.

On Wednesday May 24, the walkers will leave Longford town from the Market Square at 9am, before marching towards Ballinalee. On Thursday, they will leave Ballinalee at 9am and head towards Granard for further celebrations.

Finally, on Friday May 26, the group will march on to their next destination, before continuing on to Cooley and circling back to Roscommon via Westmeath.

Those wanting to march from Granard onwards can meet at the Granard Motte Enterprise Centre at 9am, when the company will start the 18.5km march to Ballymanus.

The Táin March was initially established as a community festival in 2011 to celebrate the internationally renowned epic tale of the ‘Táin Bó Cúailnge’ through walking, re-enactment and historical drama.

The Táin provides the perfect opportunity to promote Longfords unique cultural heritage and association with Irelands powerful Queen Maeve. It is an opportunity to examine and promote Maeves connections to Inchcleraun and Lough Ree.
It offers endless creative possibilities for those with an interest in arts, culture, heritage, literature, and music as well as outdoor activities such as long distance walking.

To register your interest in becoming Queen Maeve, email tainmarchlongford@gmail.com or visit www.tainmarch.ie to learn more about the event itself.

To read the story of Maeve and the brown bull of Cooley, see www.longfordleader.ie.